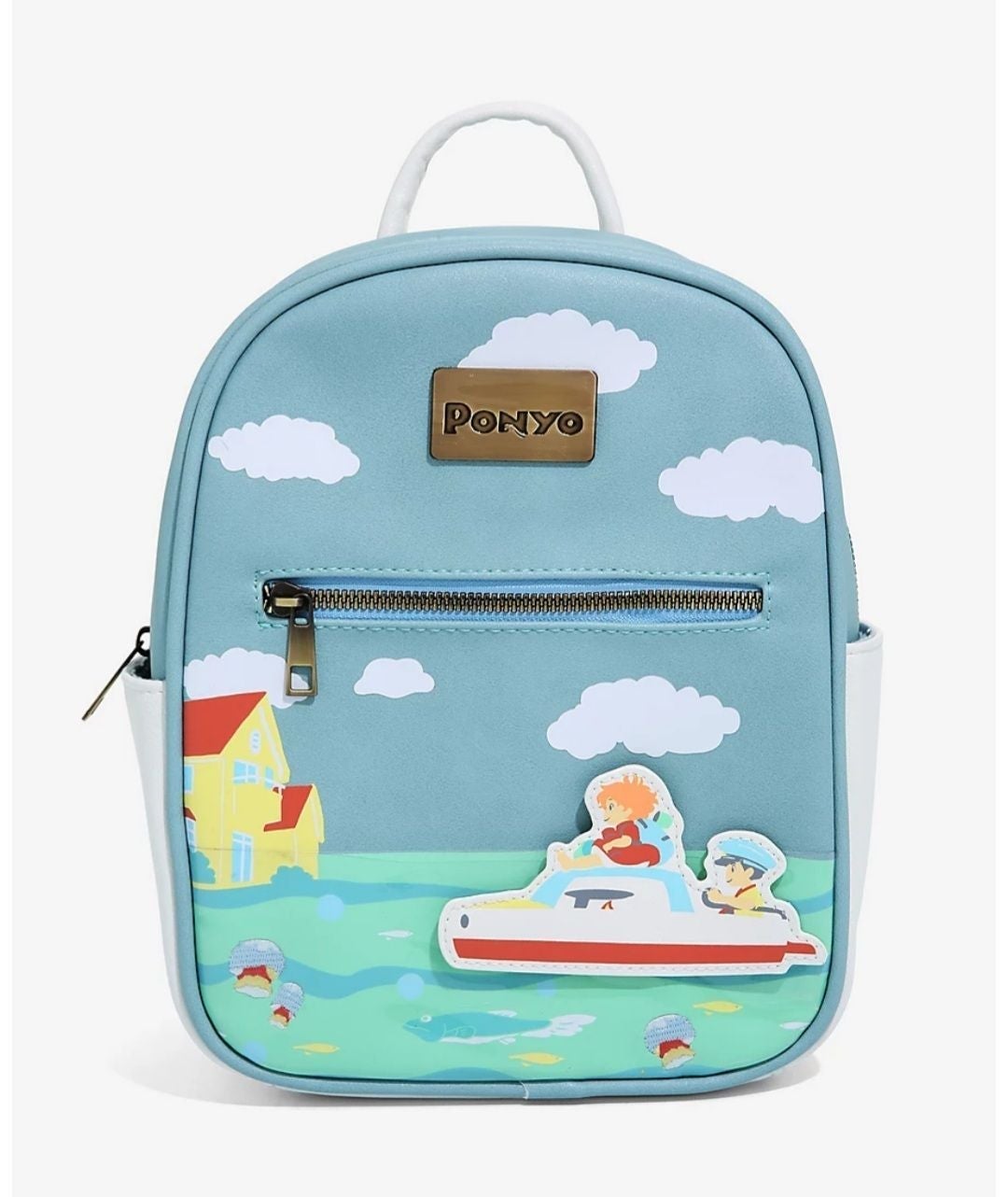 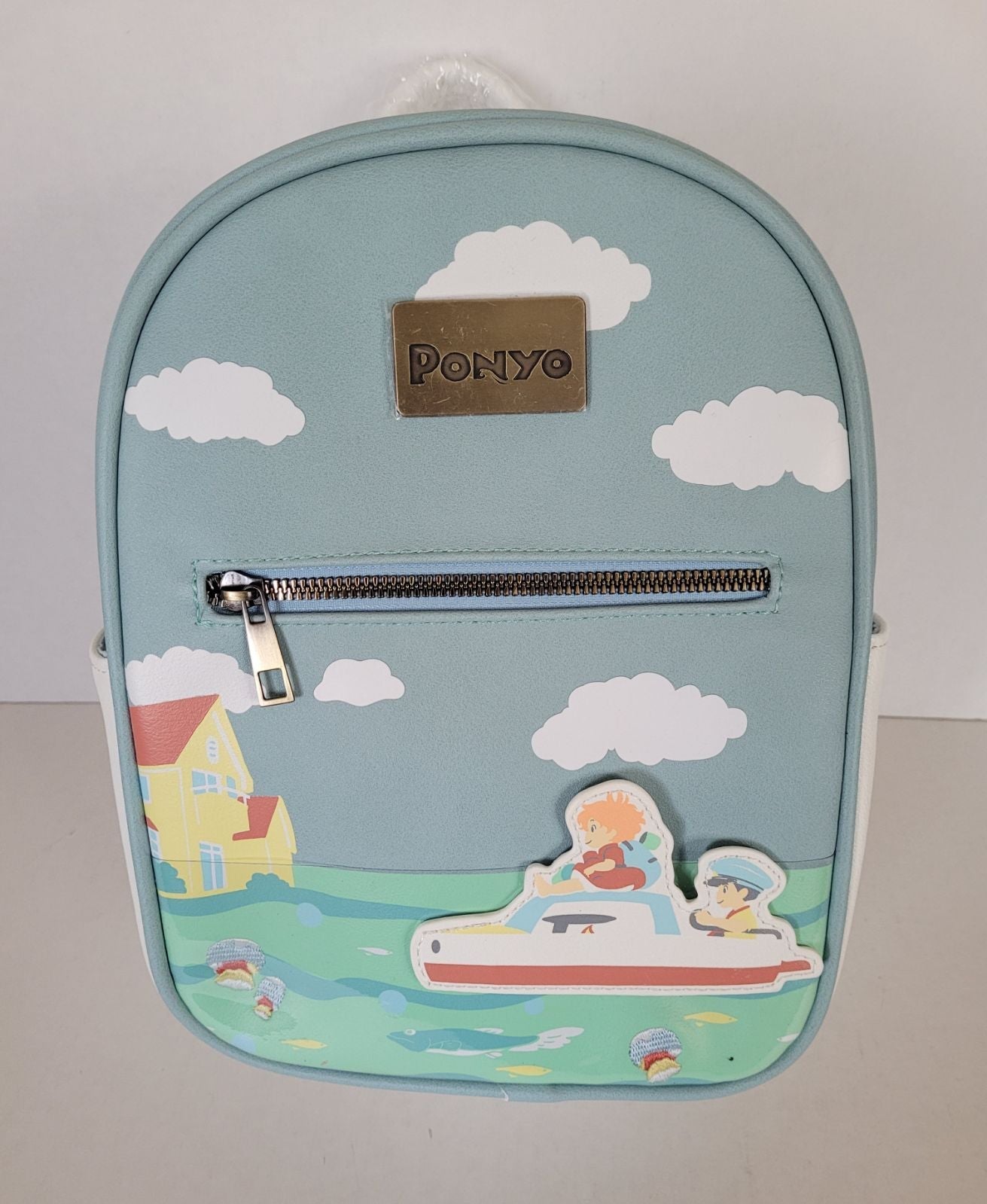 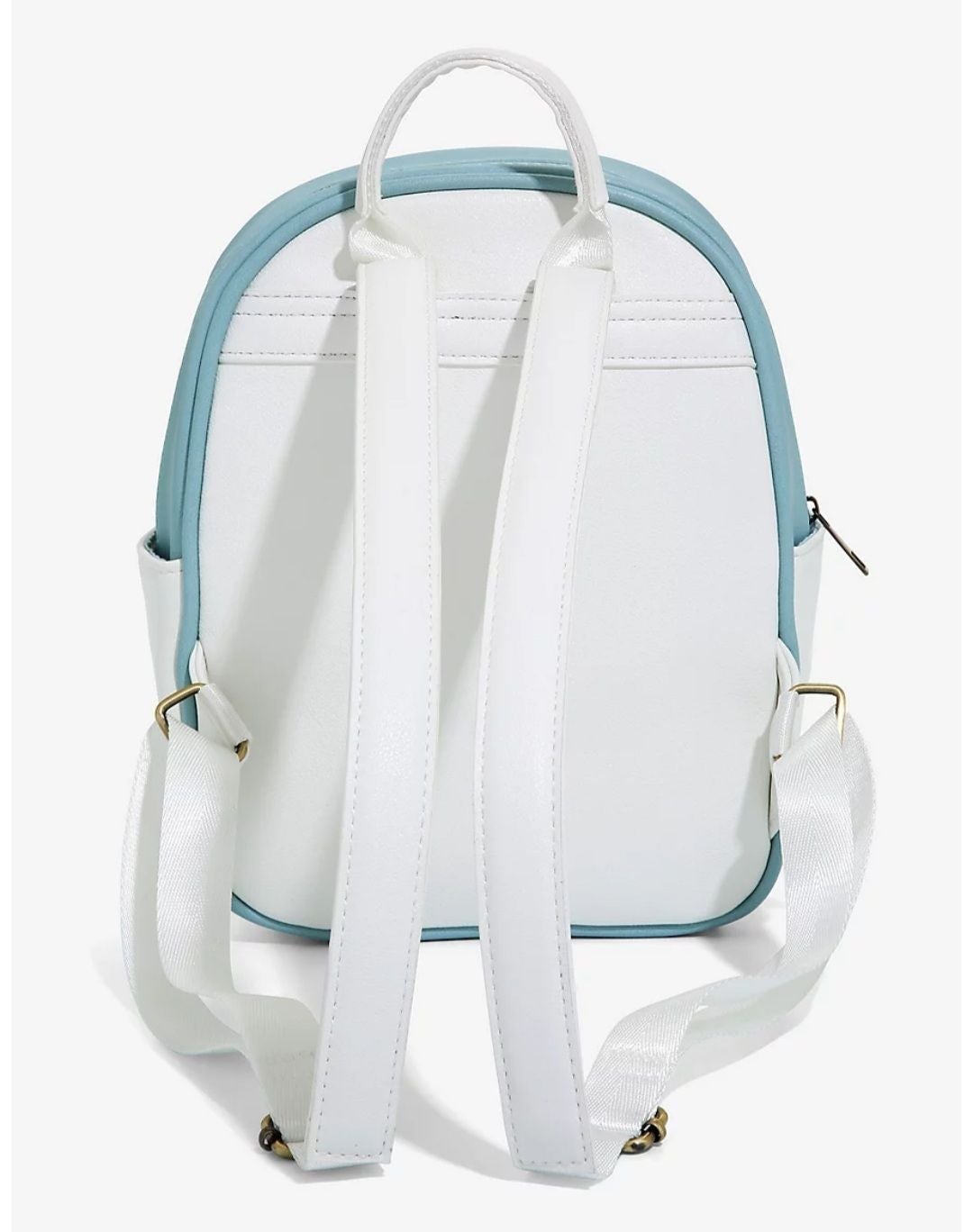 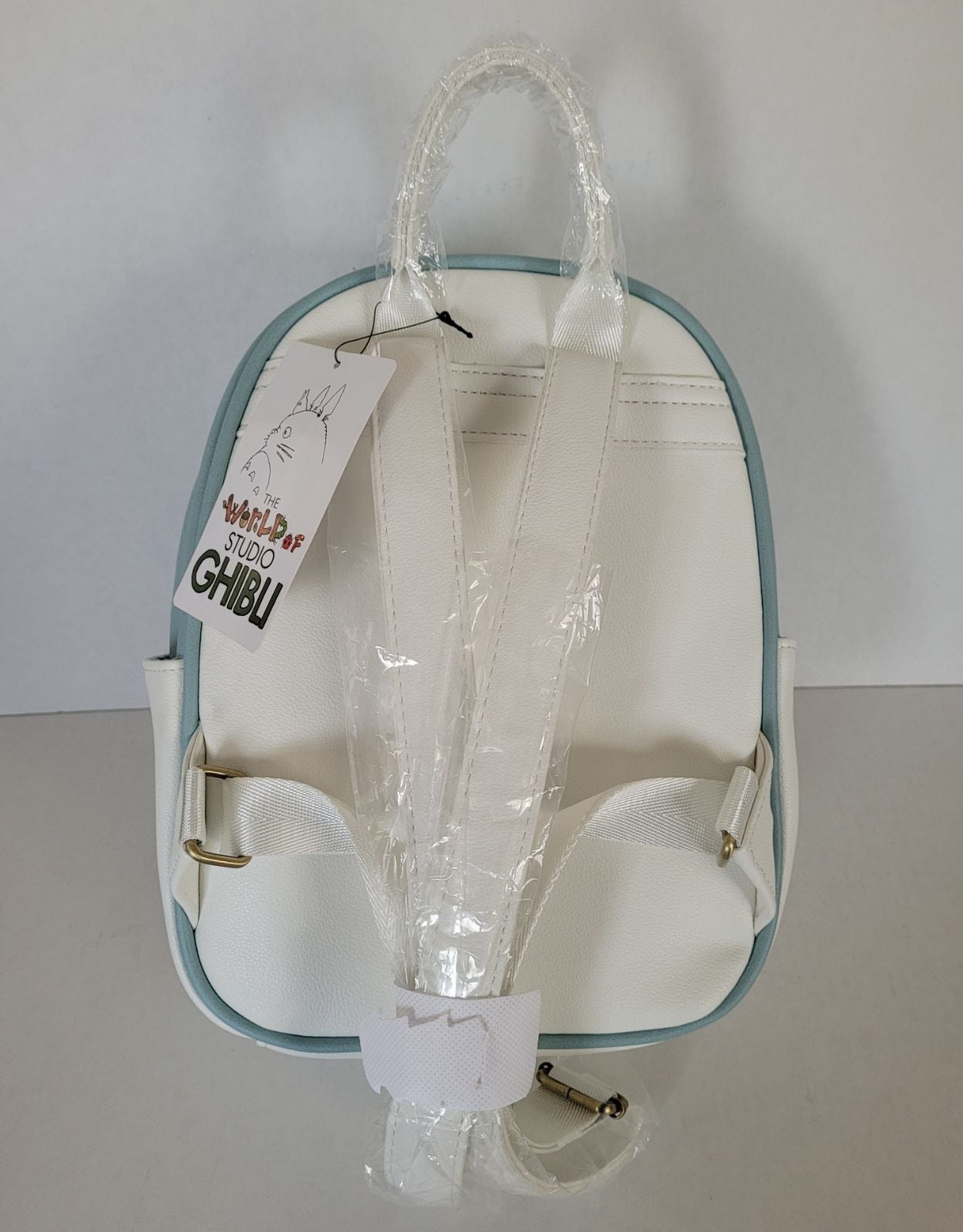 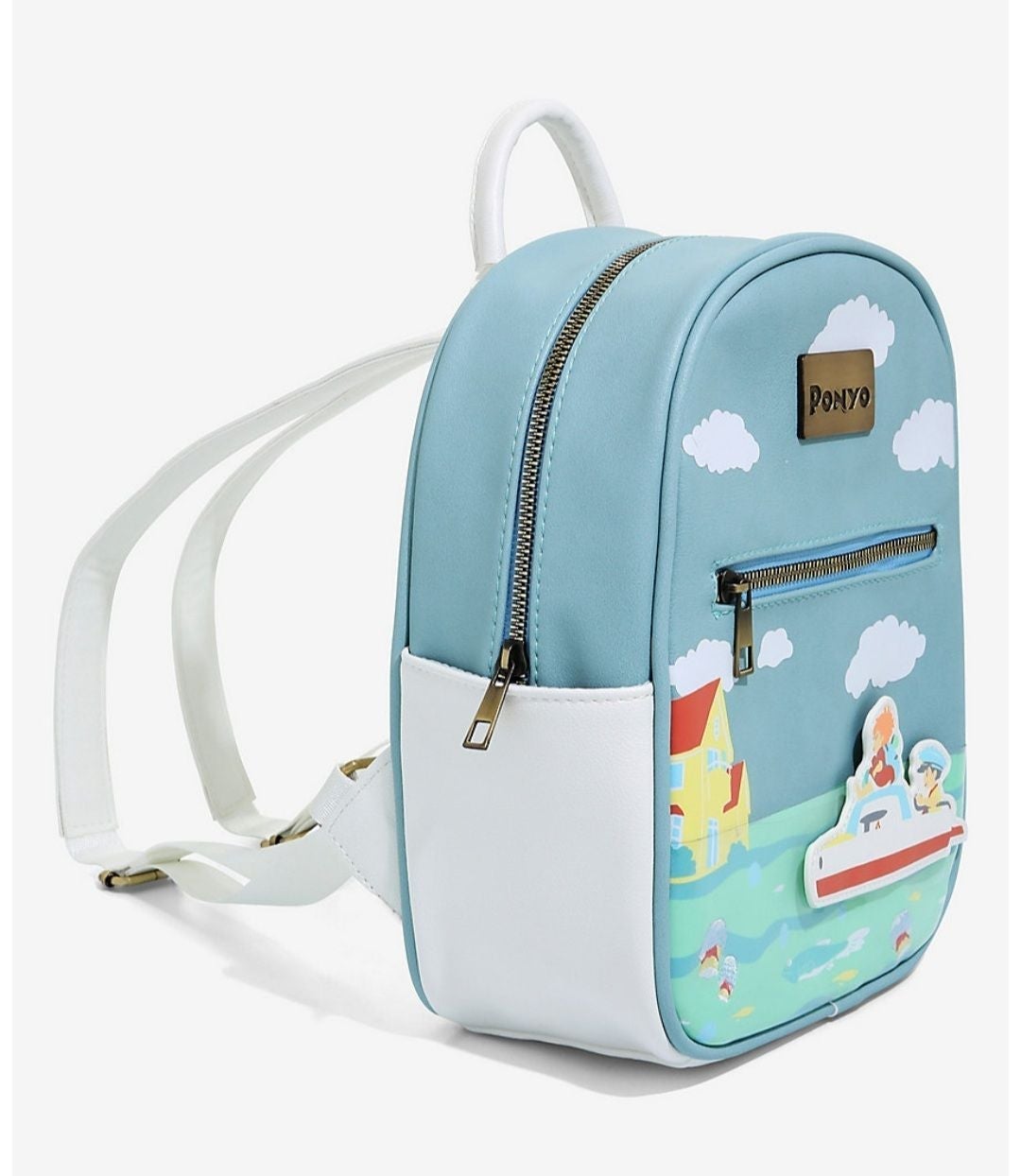 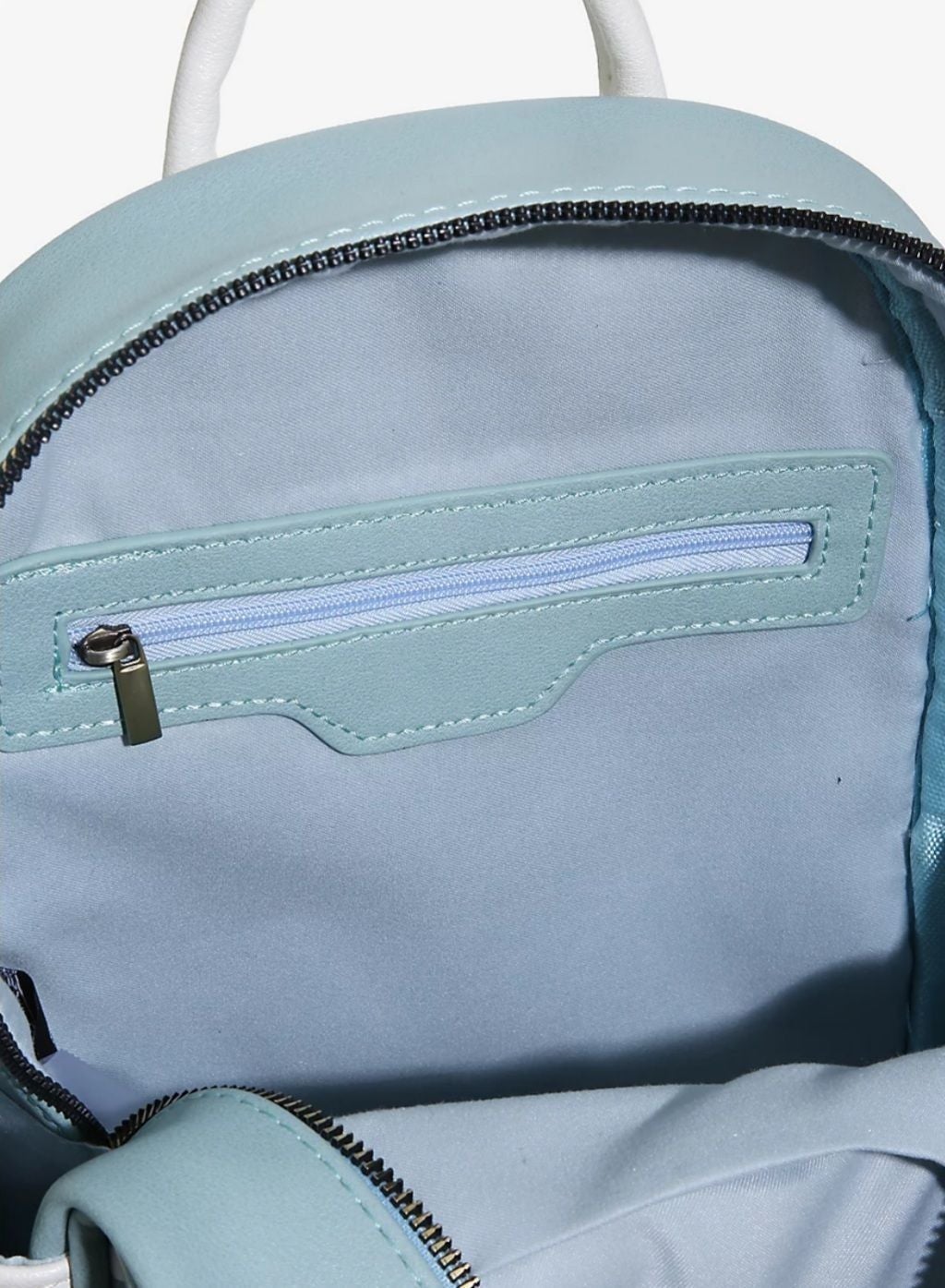 Venture out to the sea with this Studio Ghibli Ponyo mini backpack from Our Universe! Featuring an appliqué of Ponyo and Sosuke on a clear front pocket so they join you on all of your adventures, this bag also includes a seaside background print on the front, an enamel brand badge above the exterior front pocket, two side pockets, and an interior pocket. Perfect for carrying some ham snacks for Ponyo! 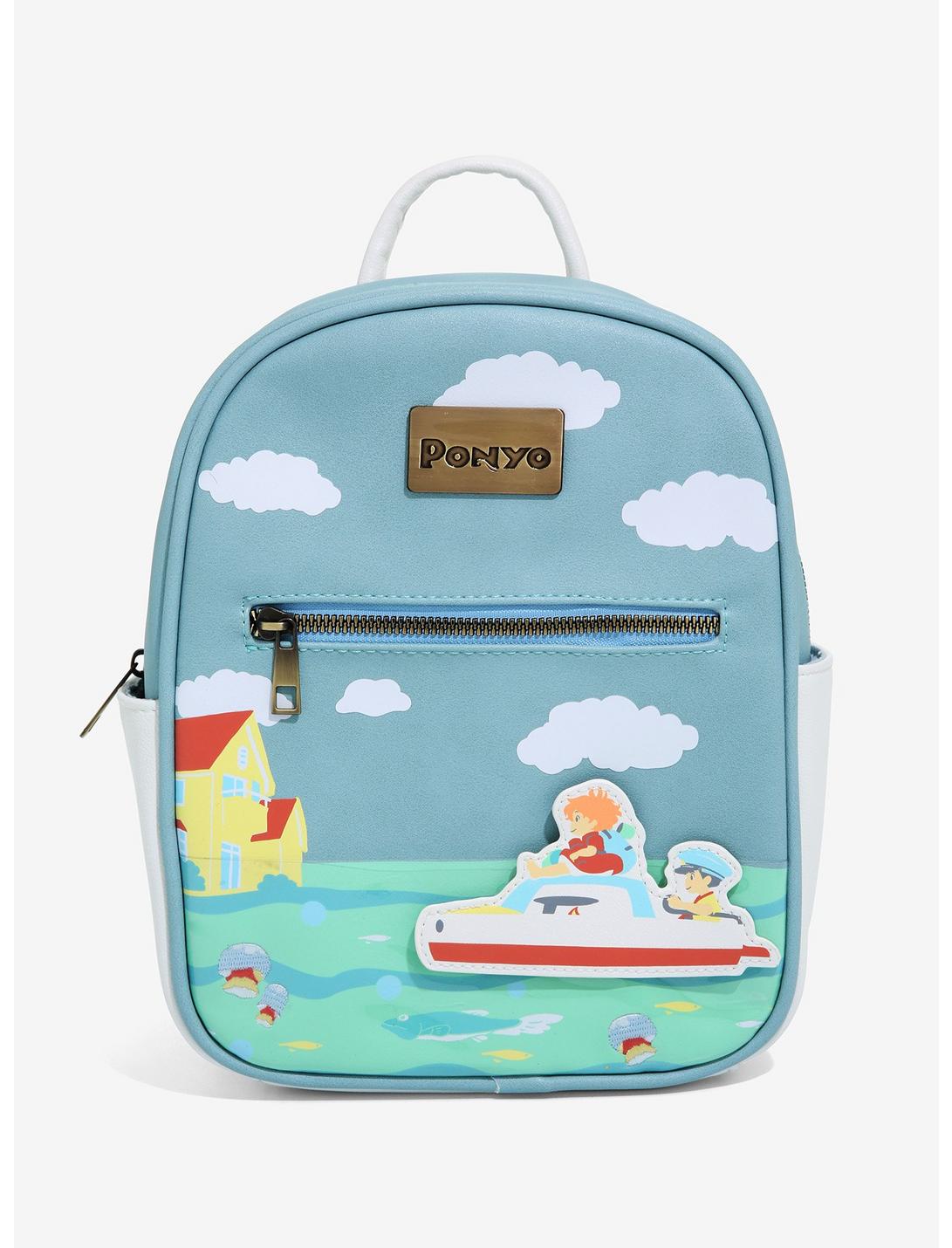 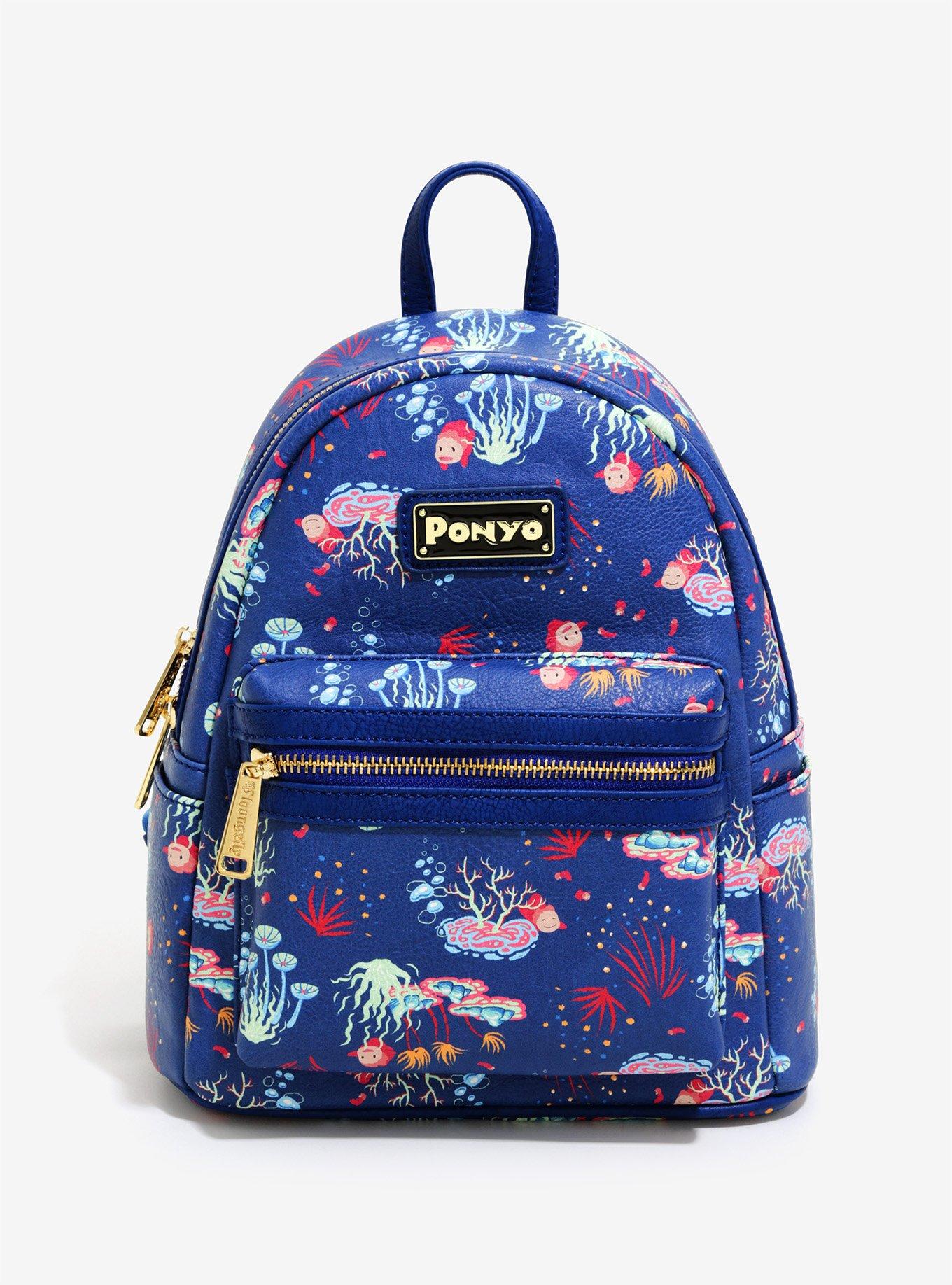 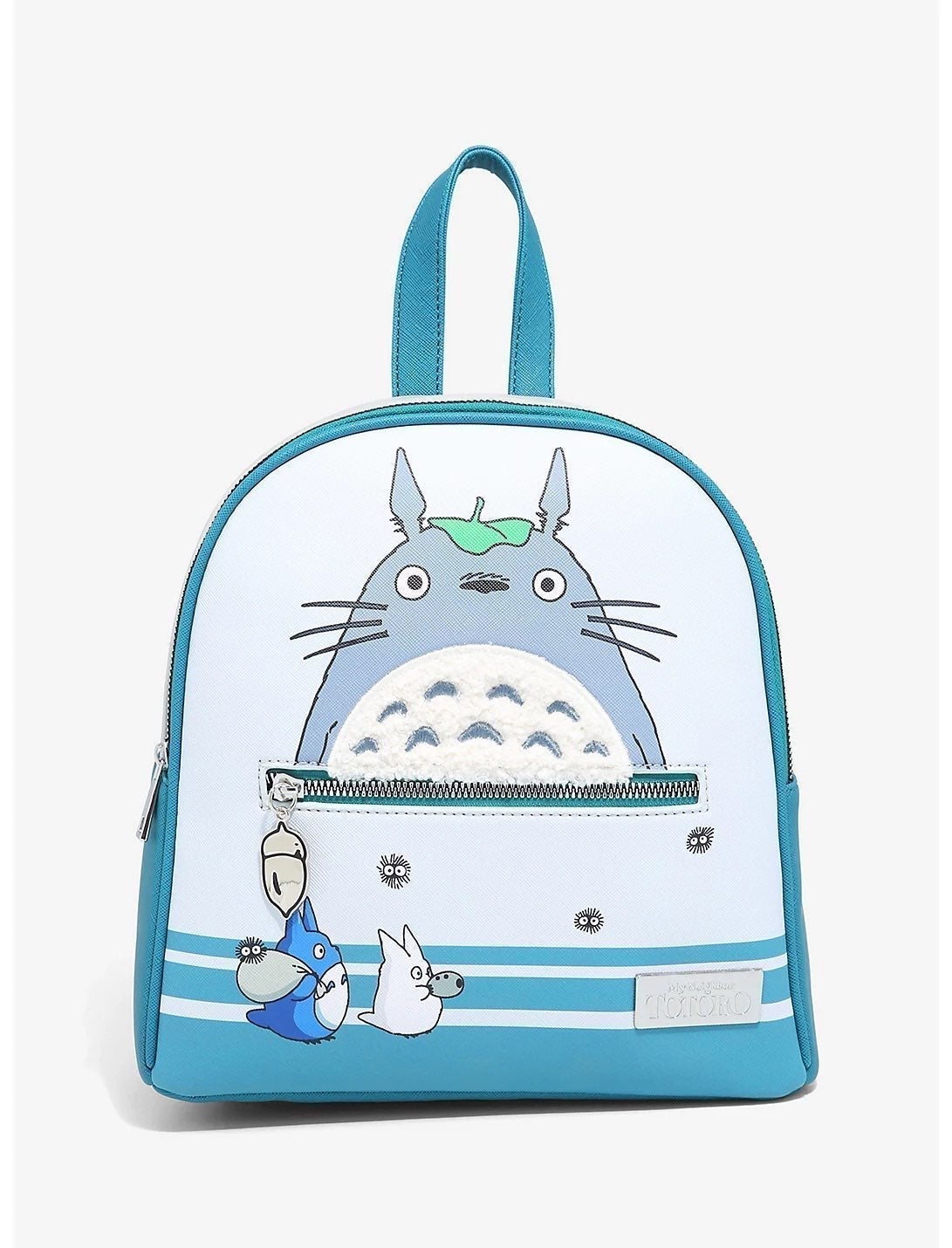 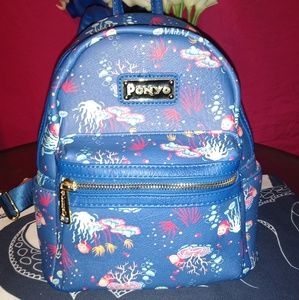 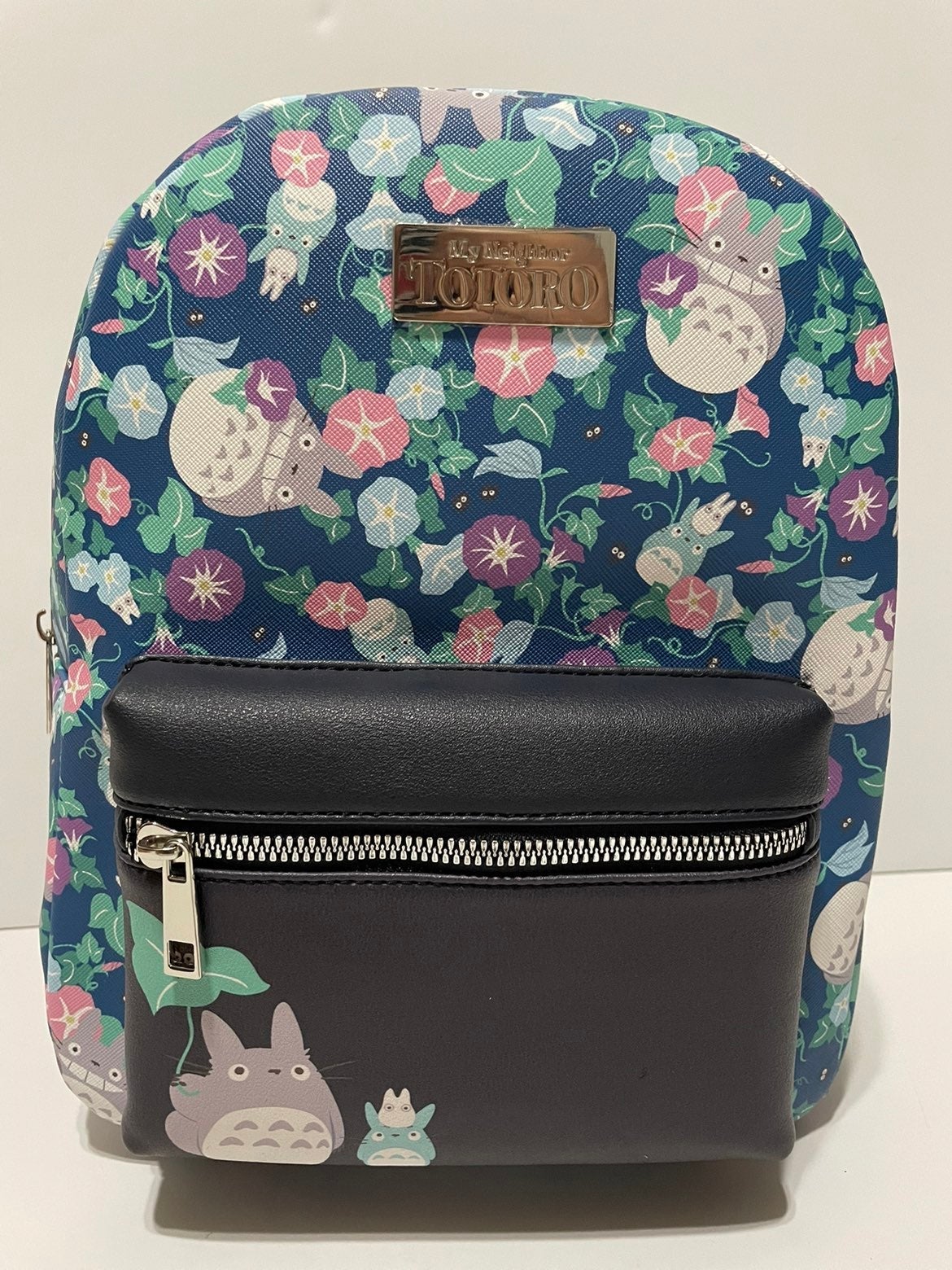 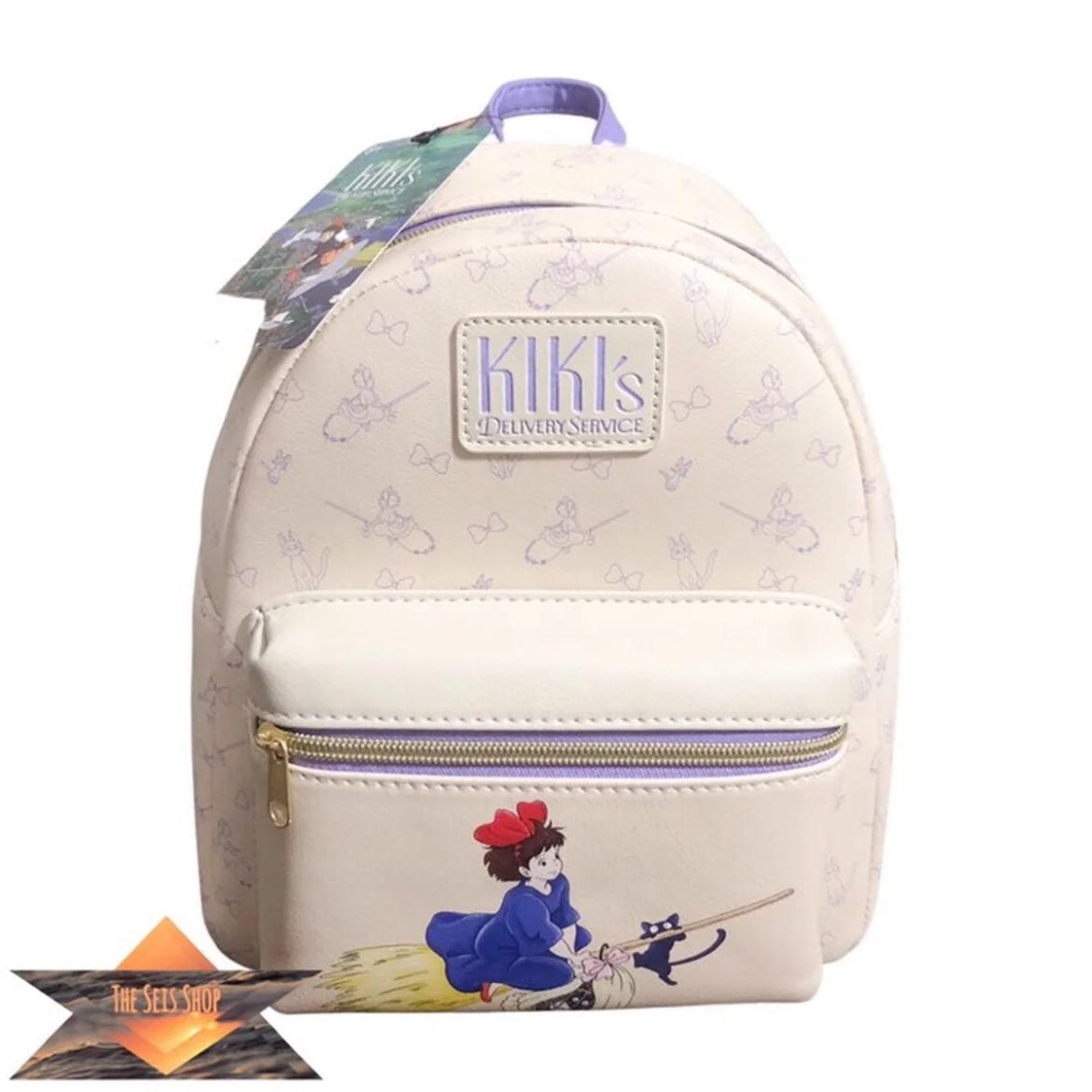 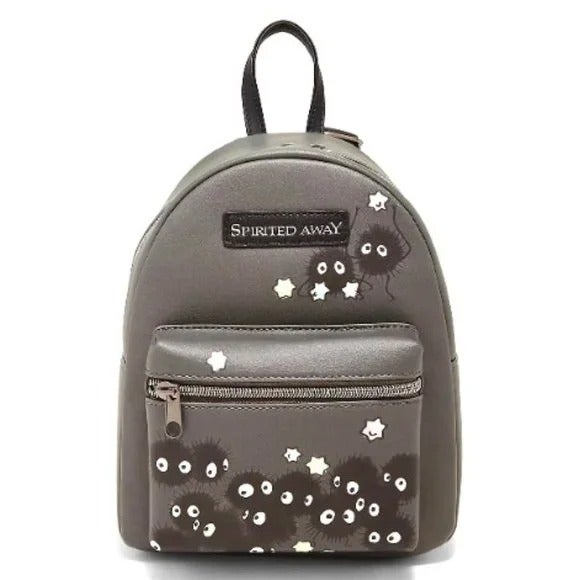 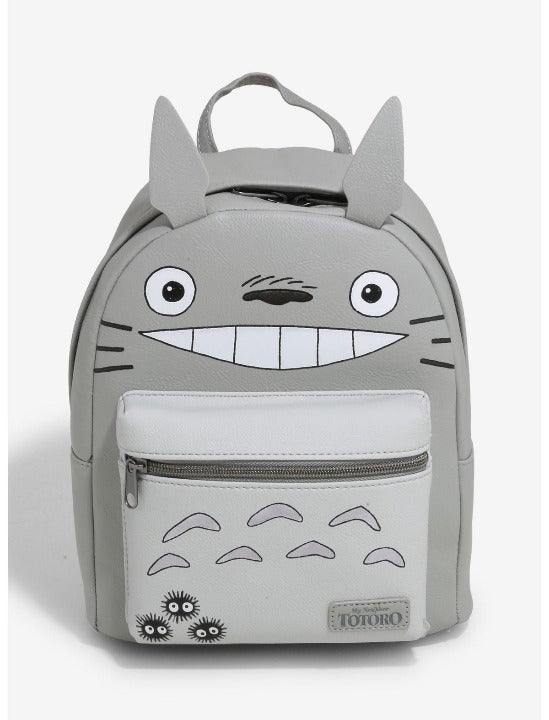 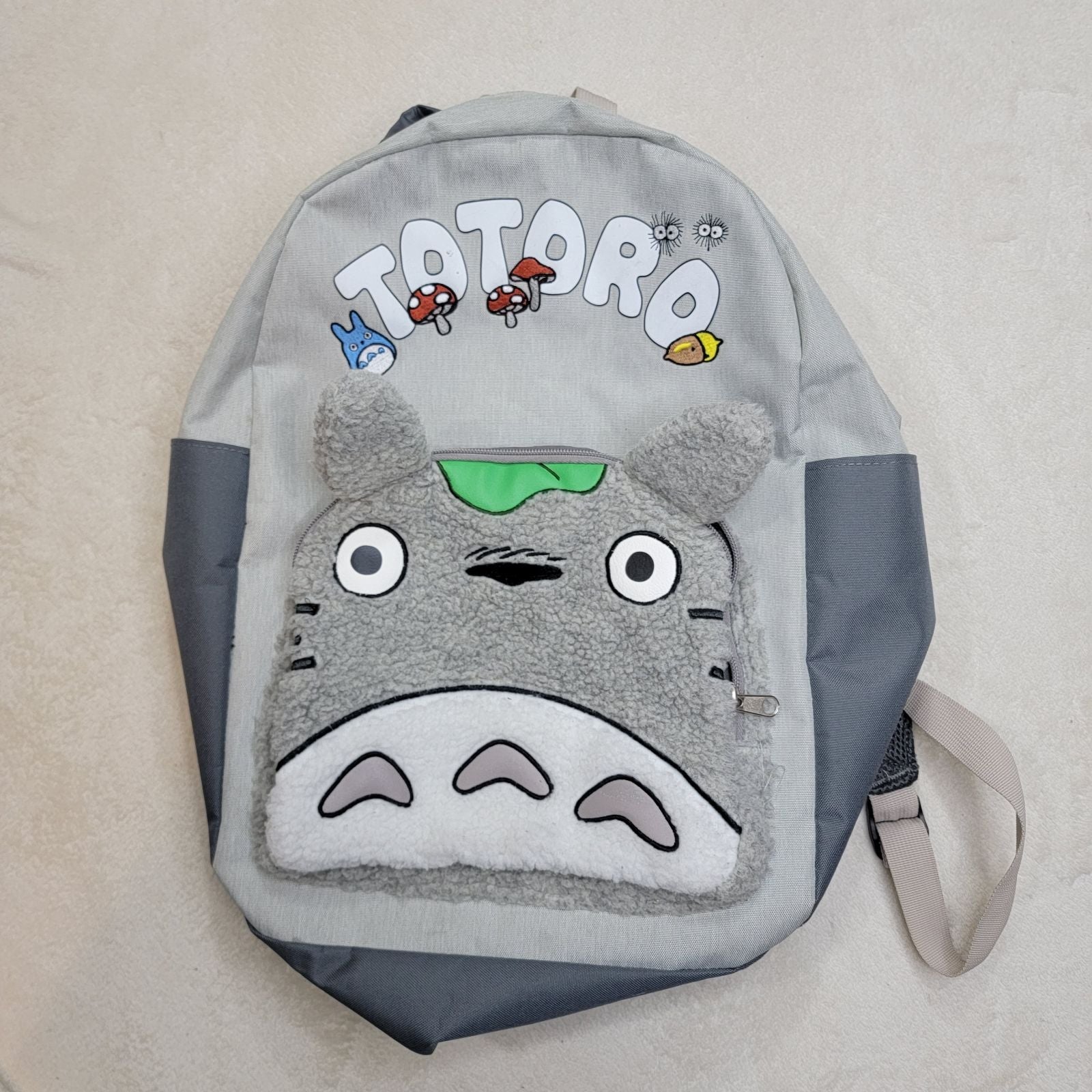 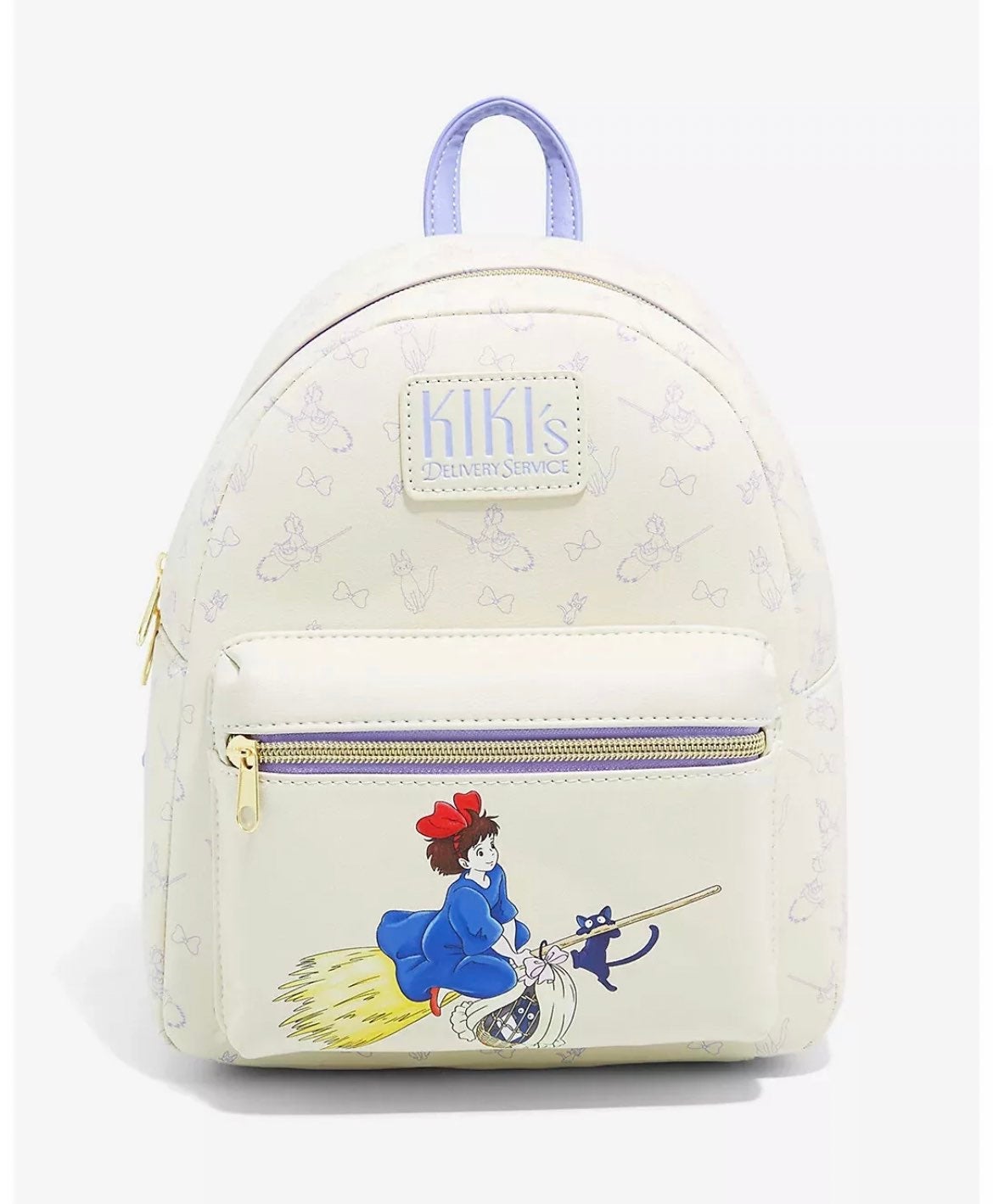 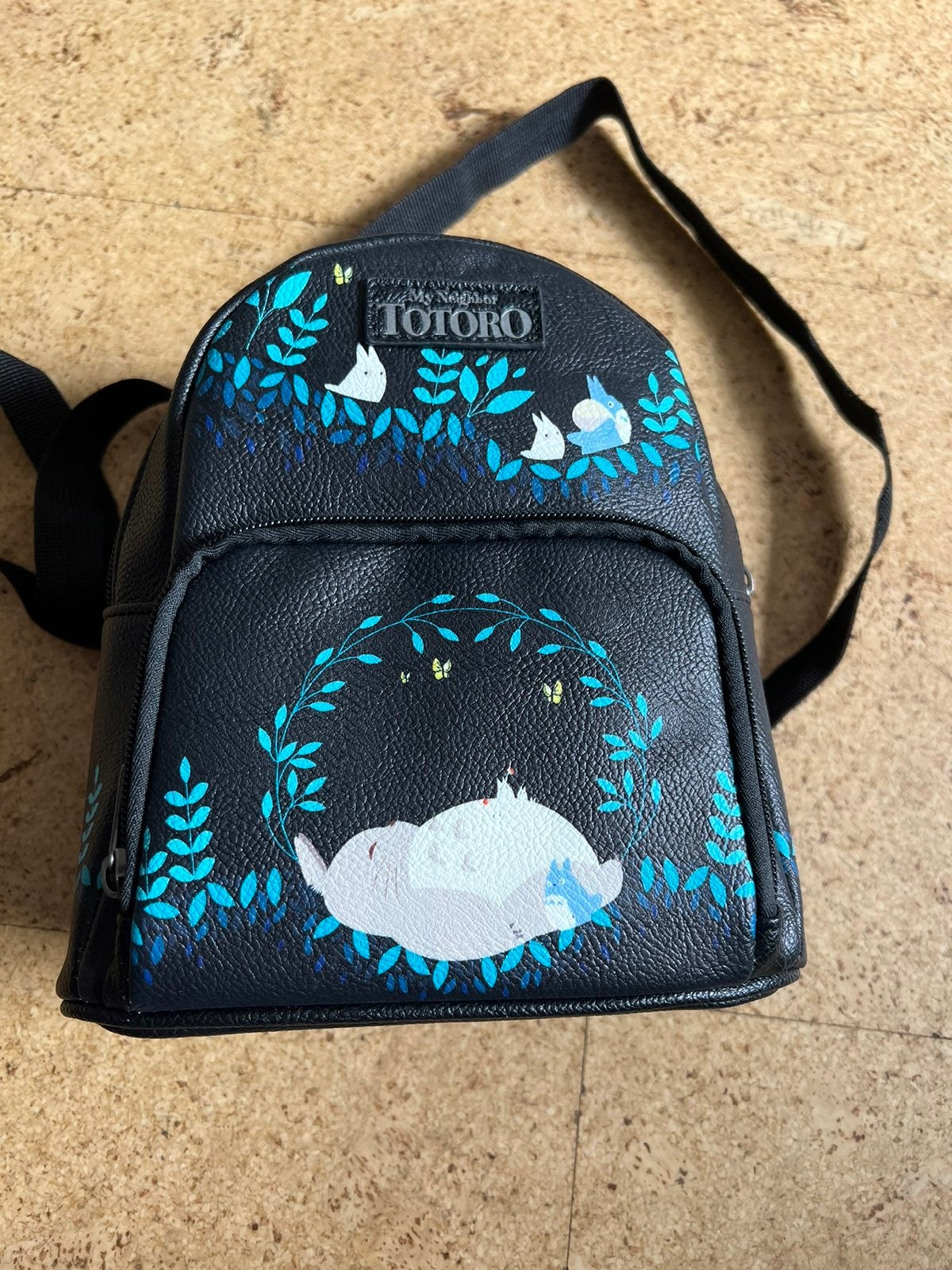 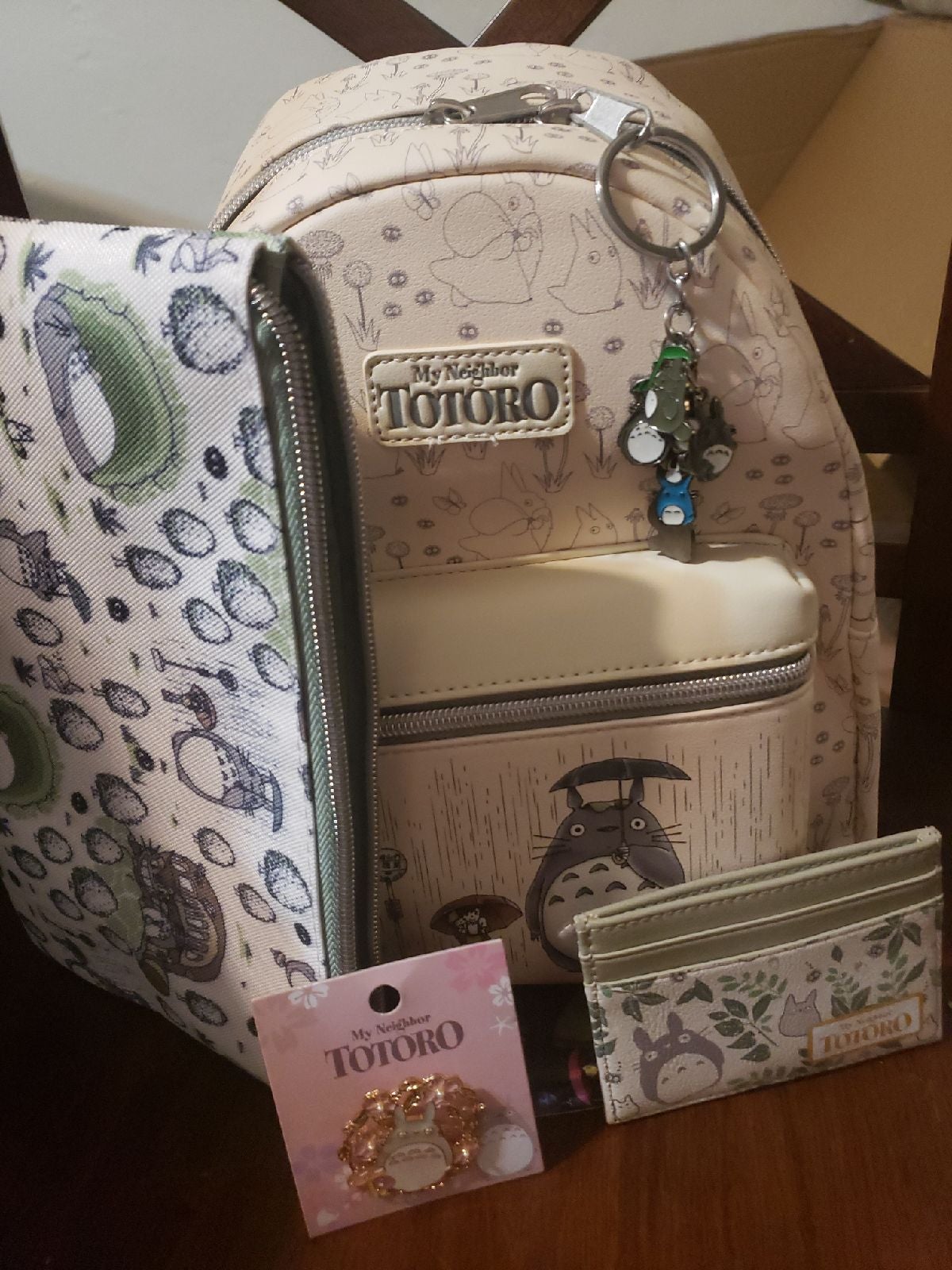