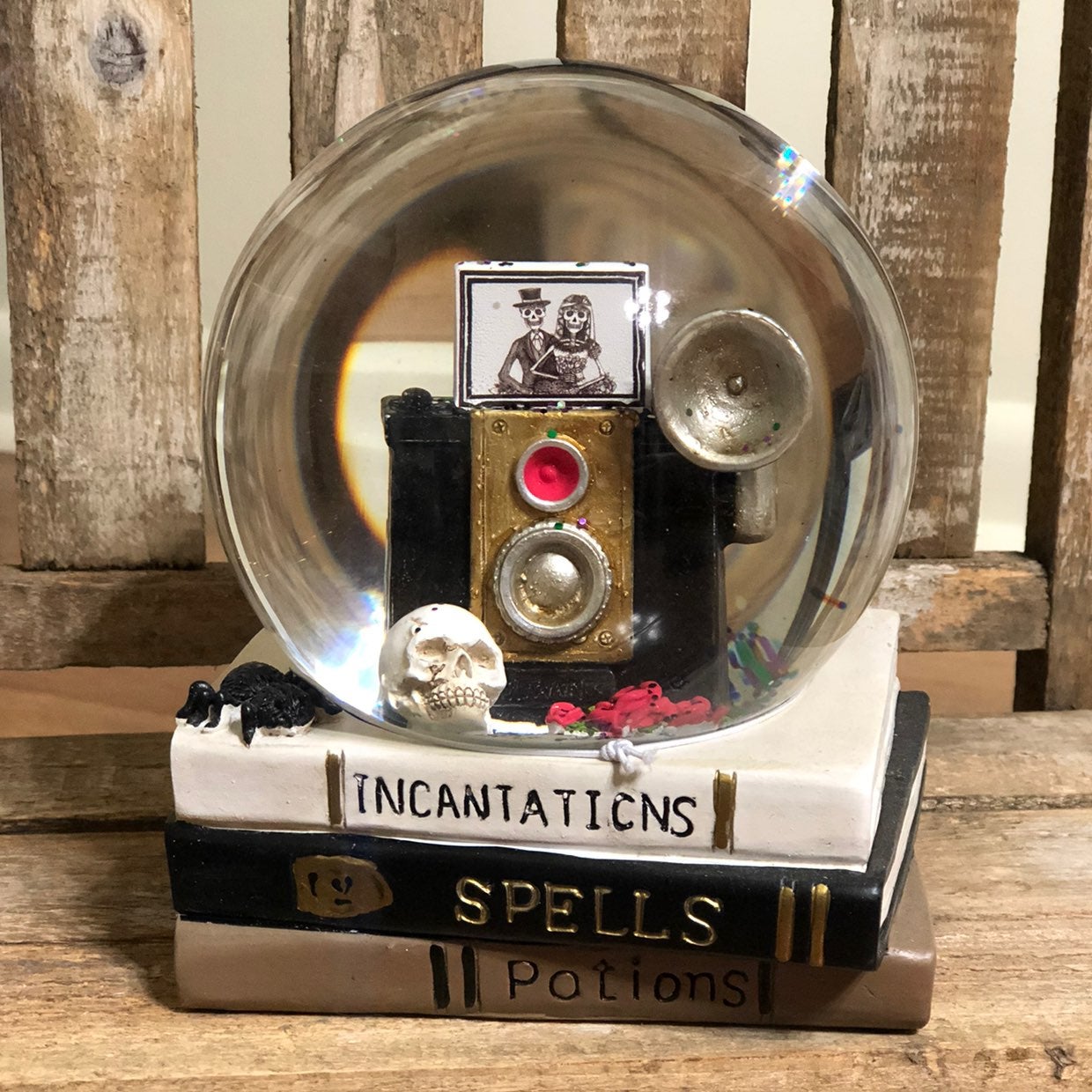 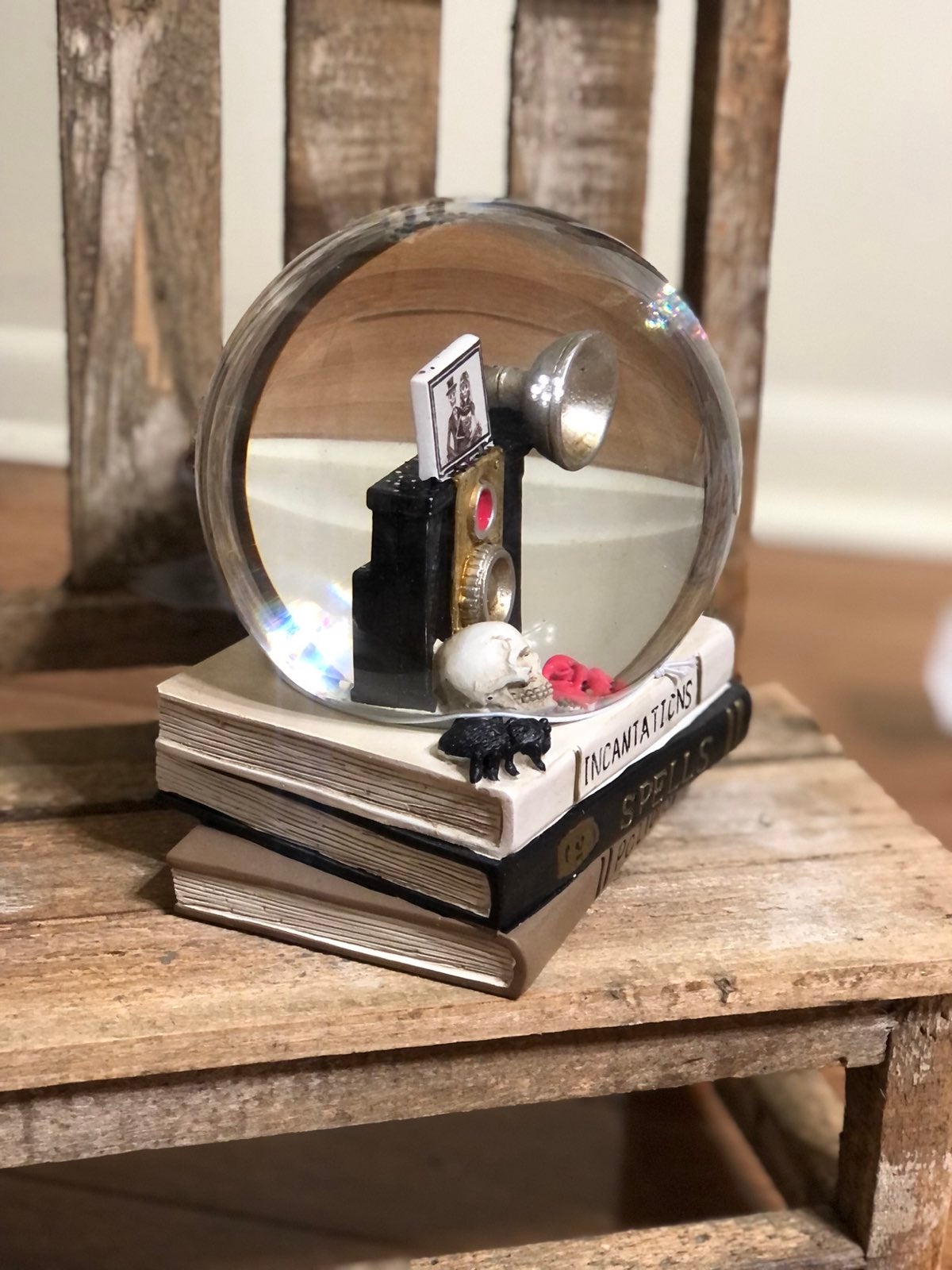 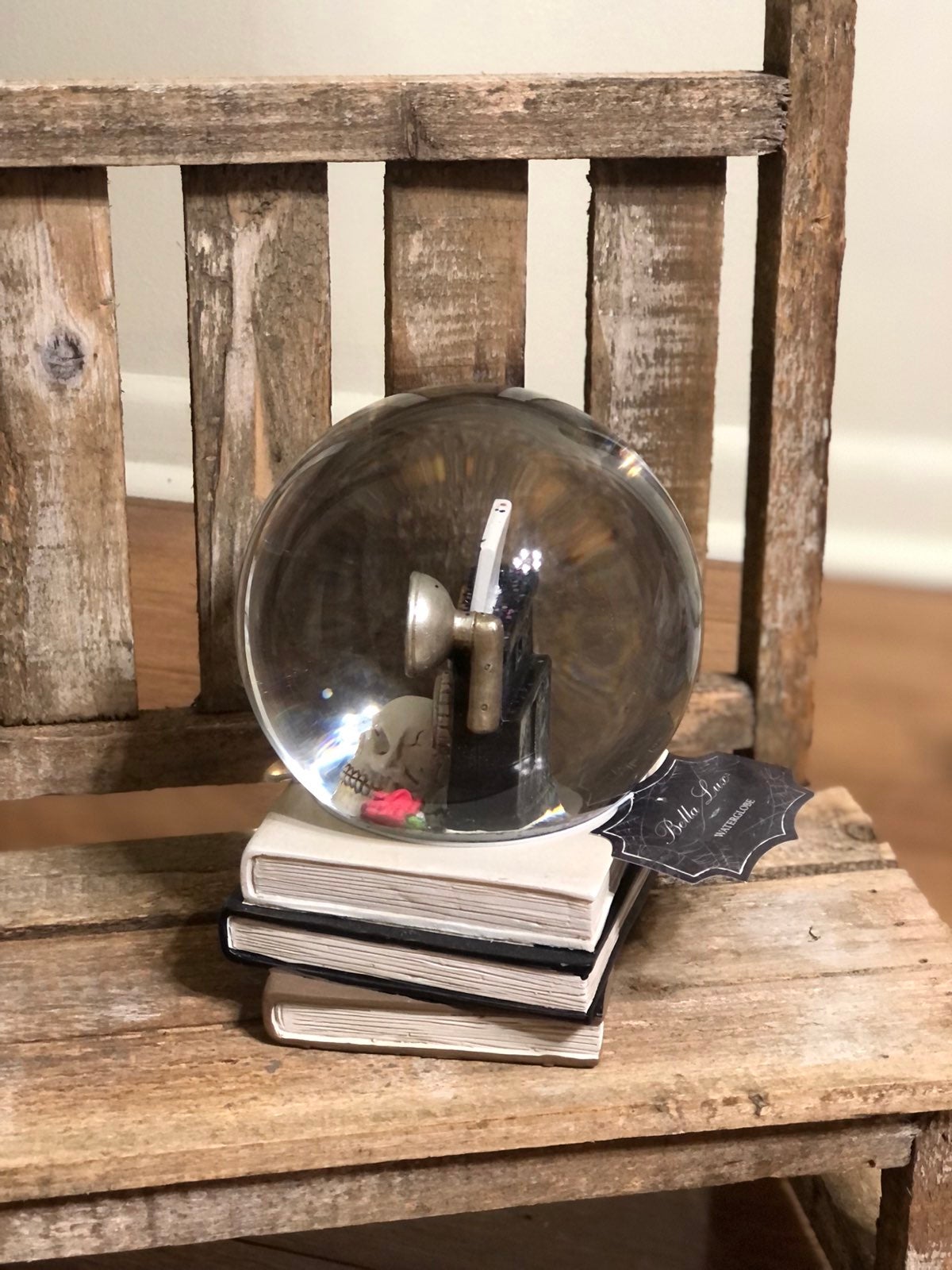 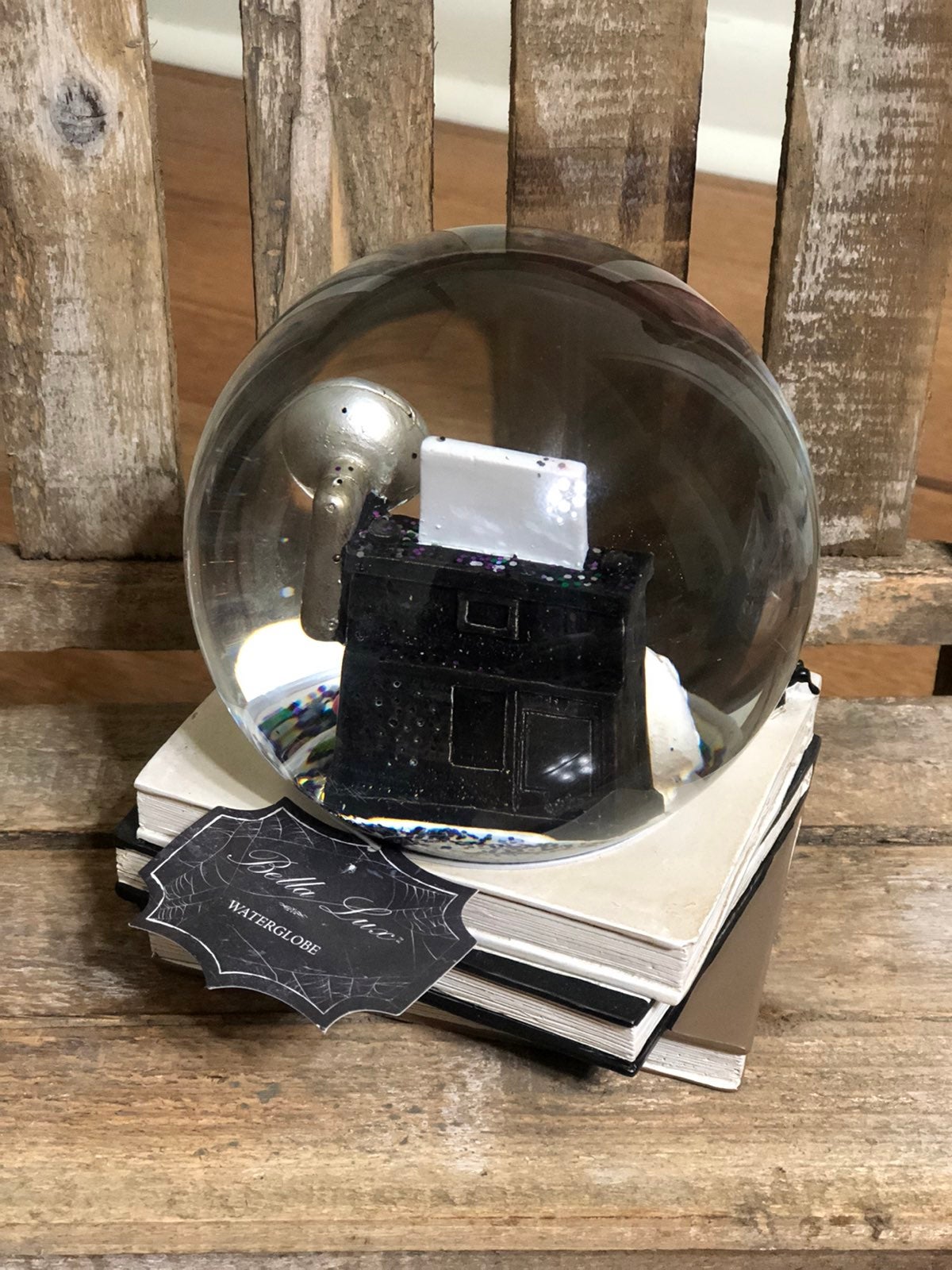 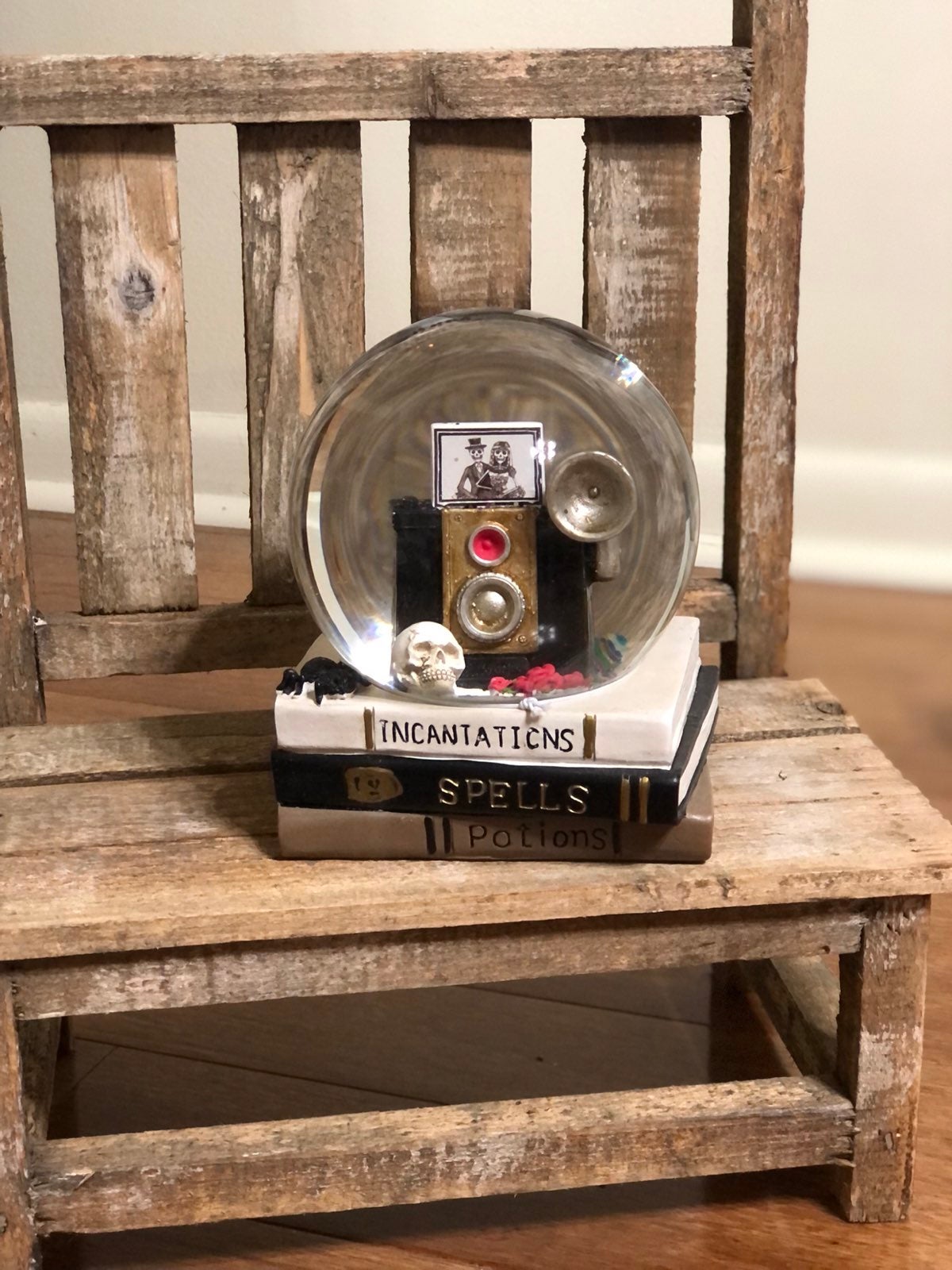 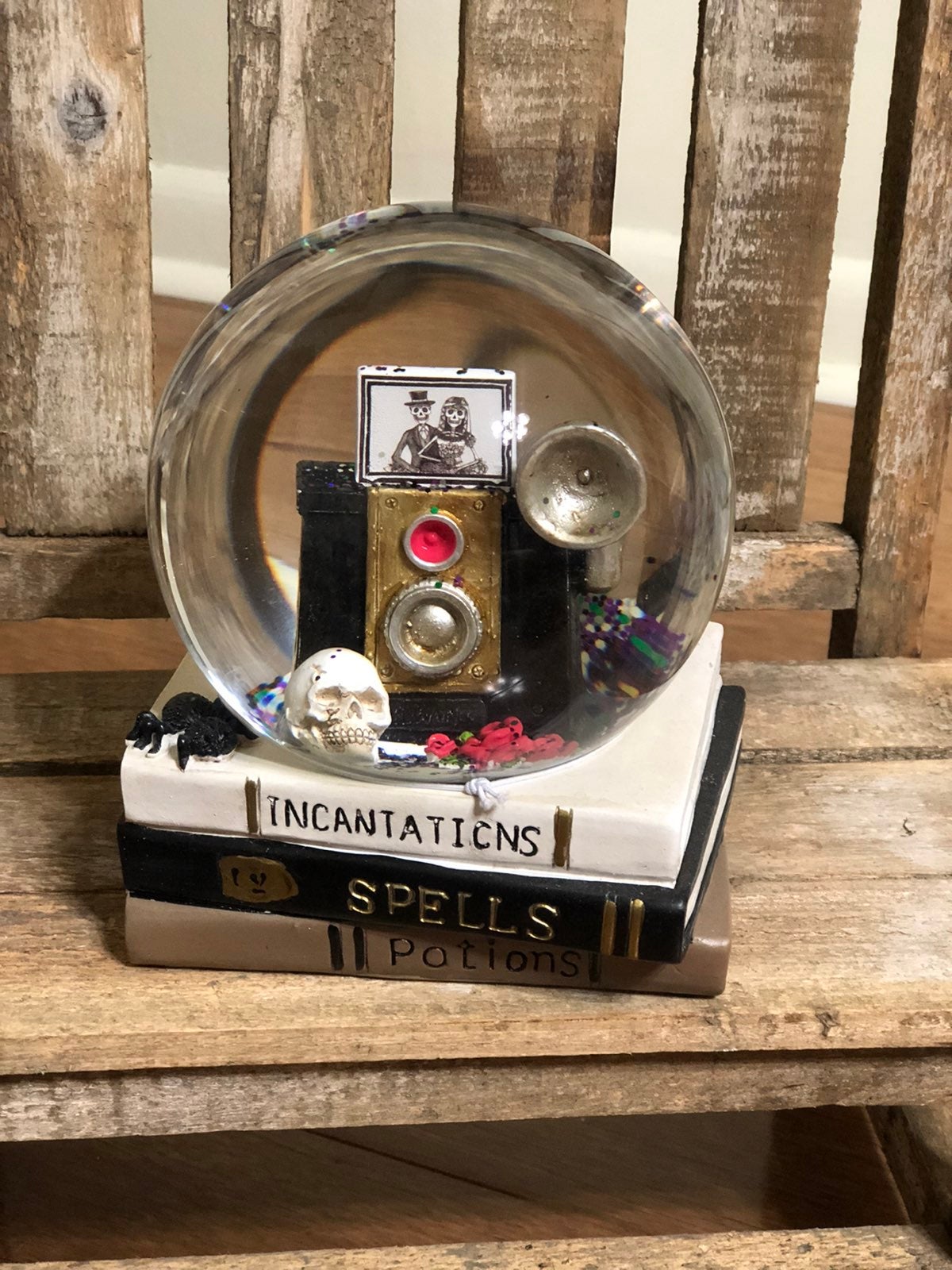 Here is a brand new Halloween Snow Globe. It has no chips or cracks. The globe is glass and has glitter inside and is very pretty when shaken. It features a vintage camera inside the globe with a skeleton picture. Great for the upcoming holiday! 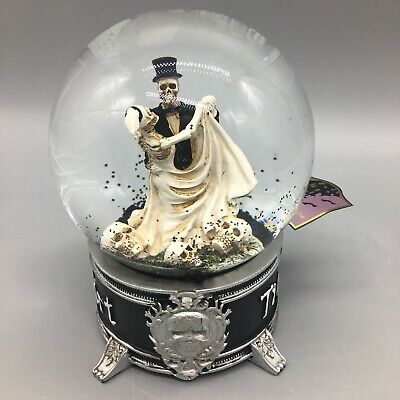 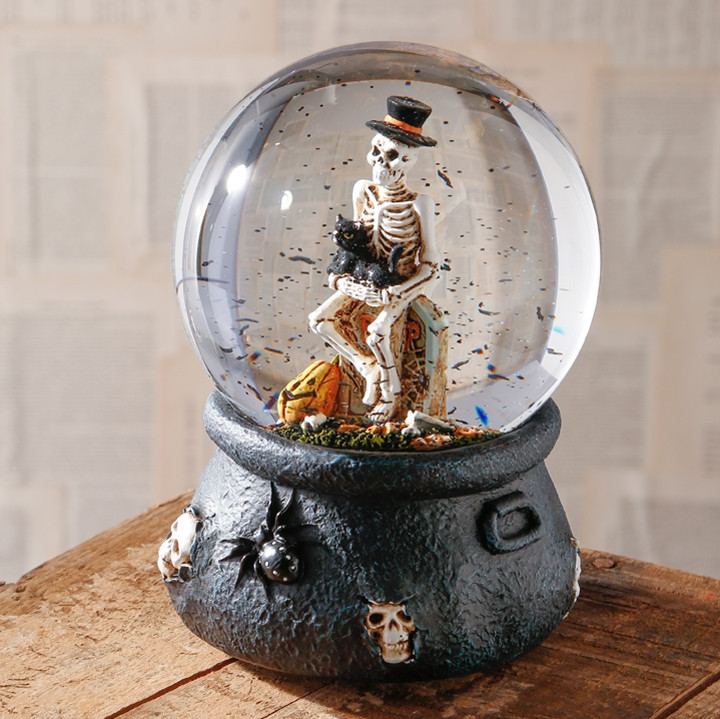 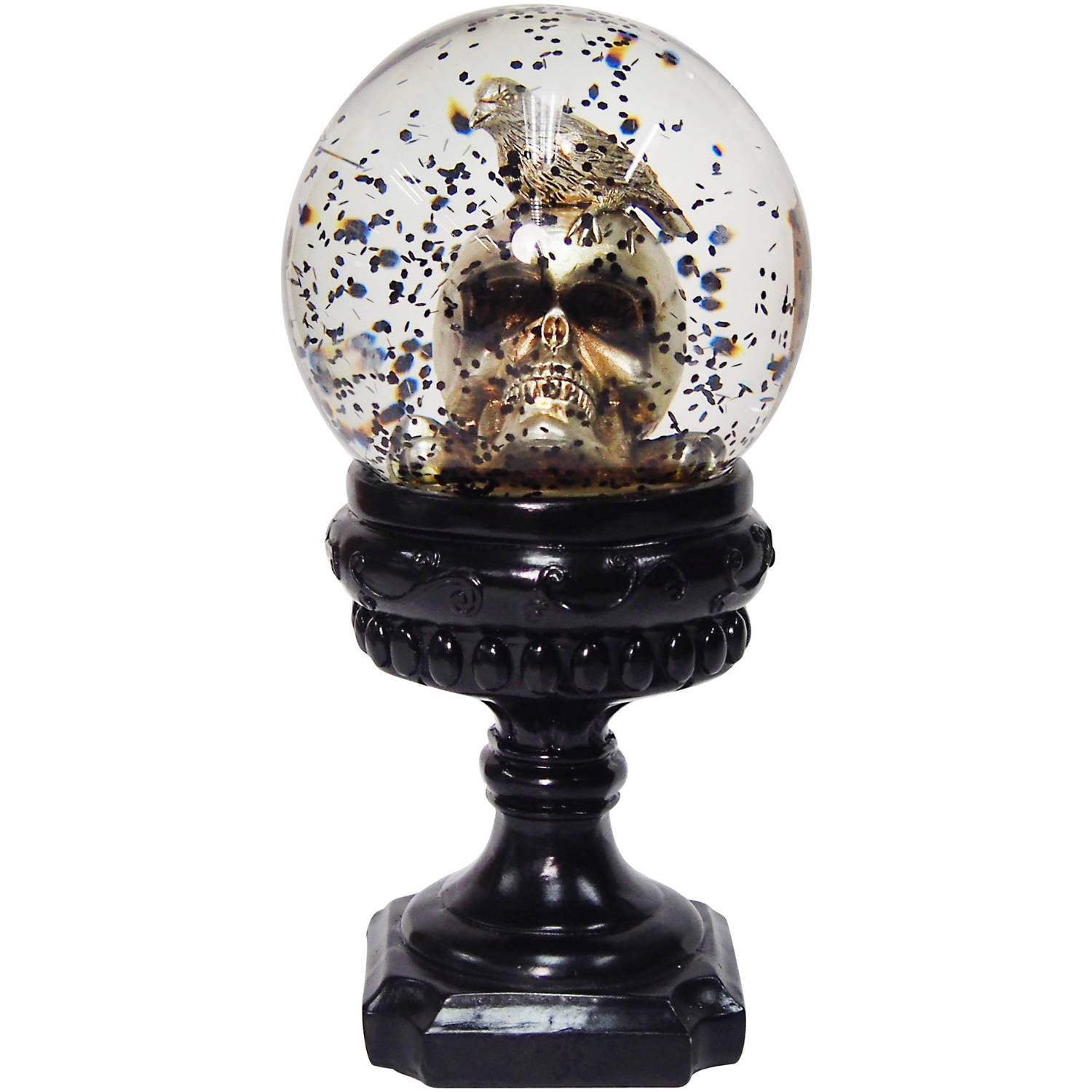 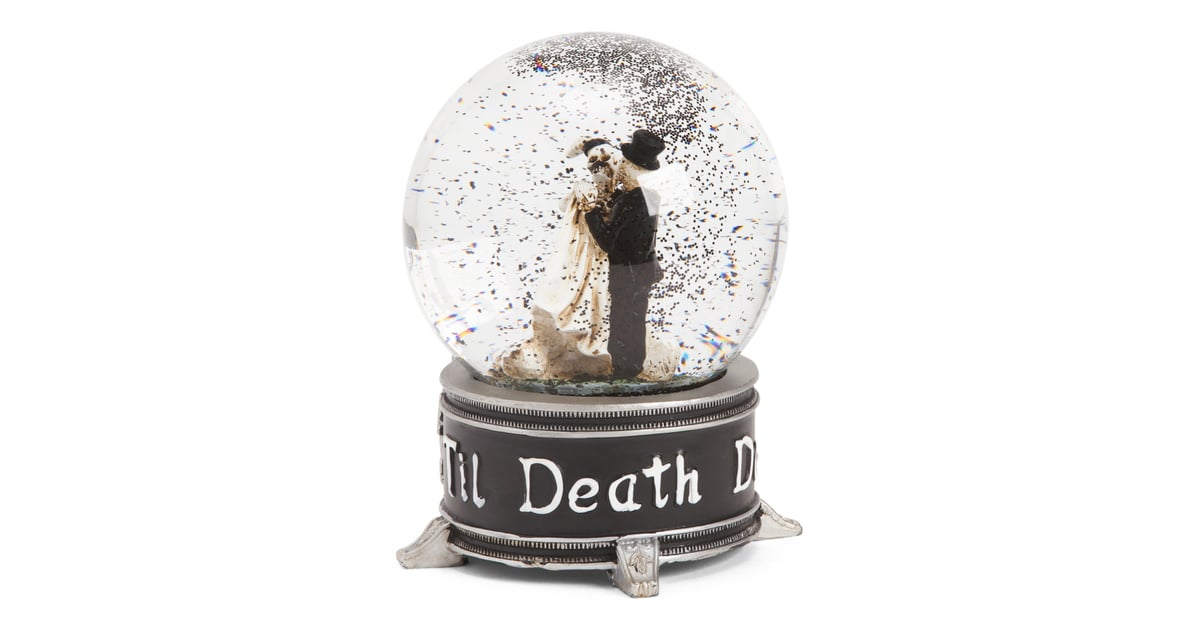 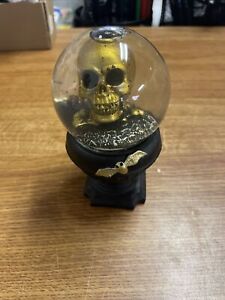 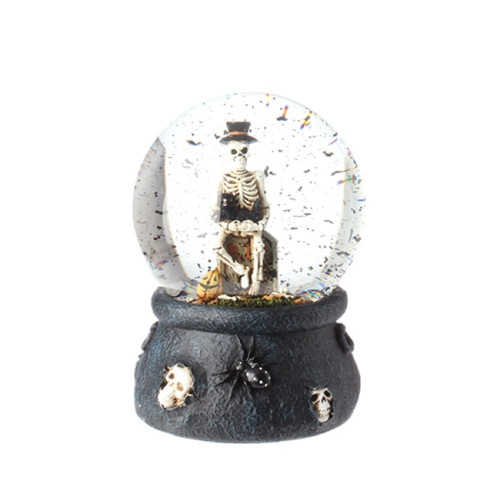 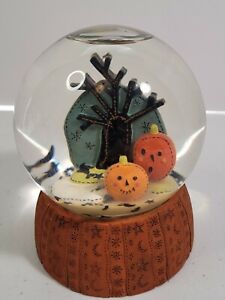 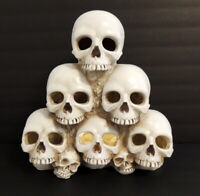 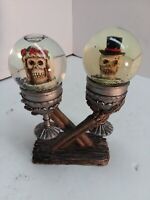