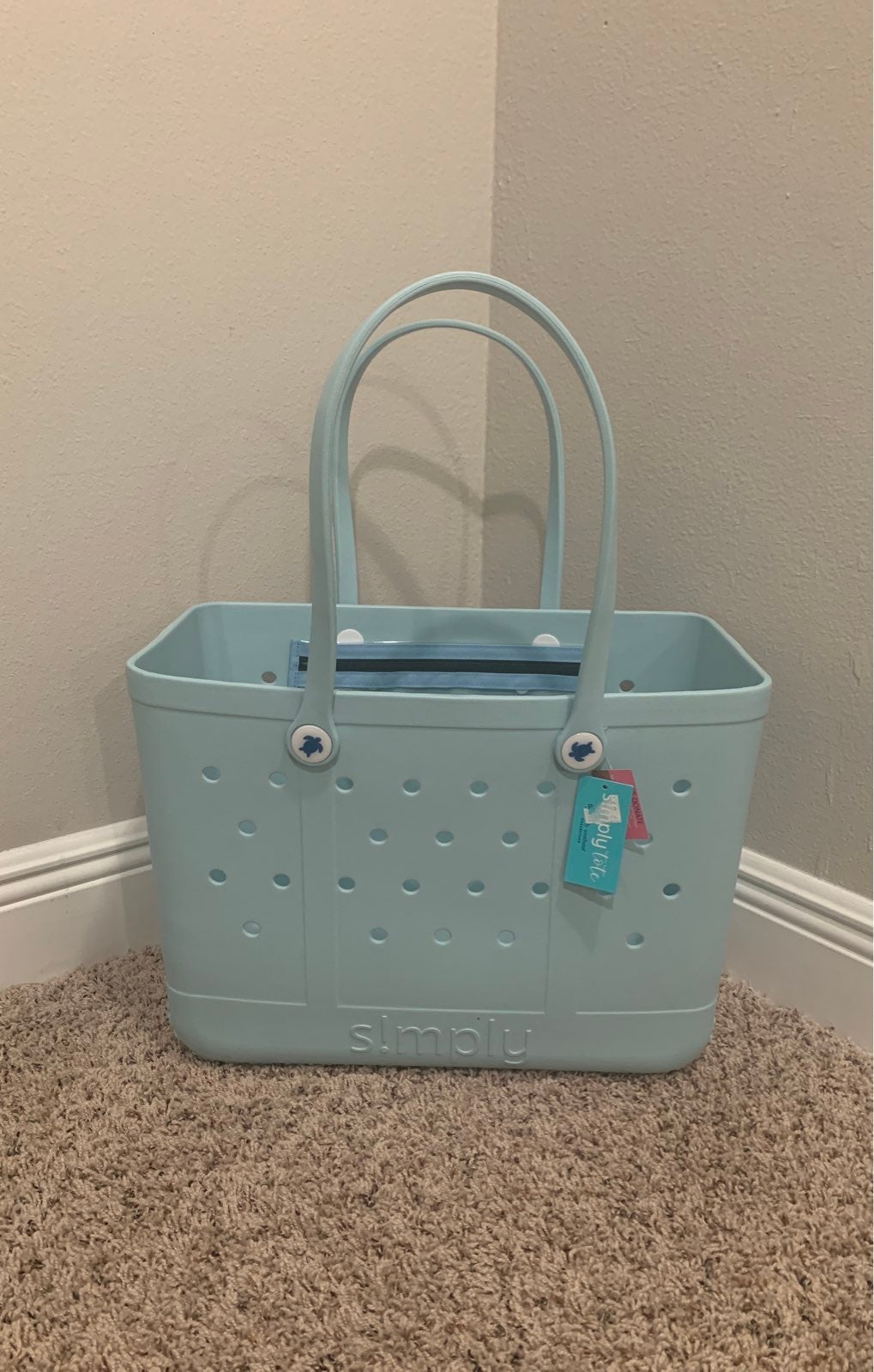 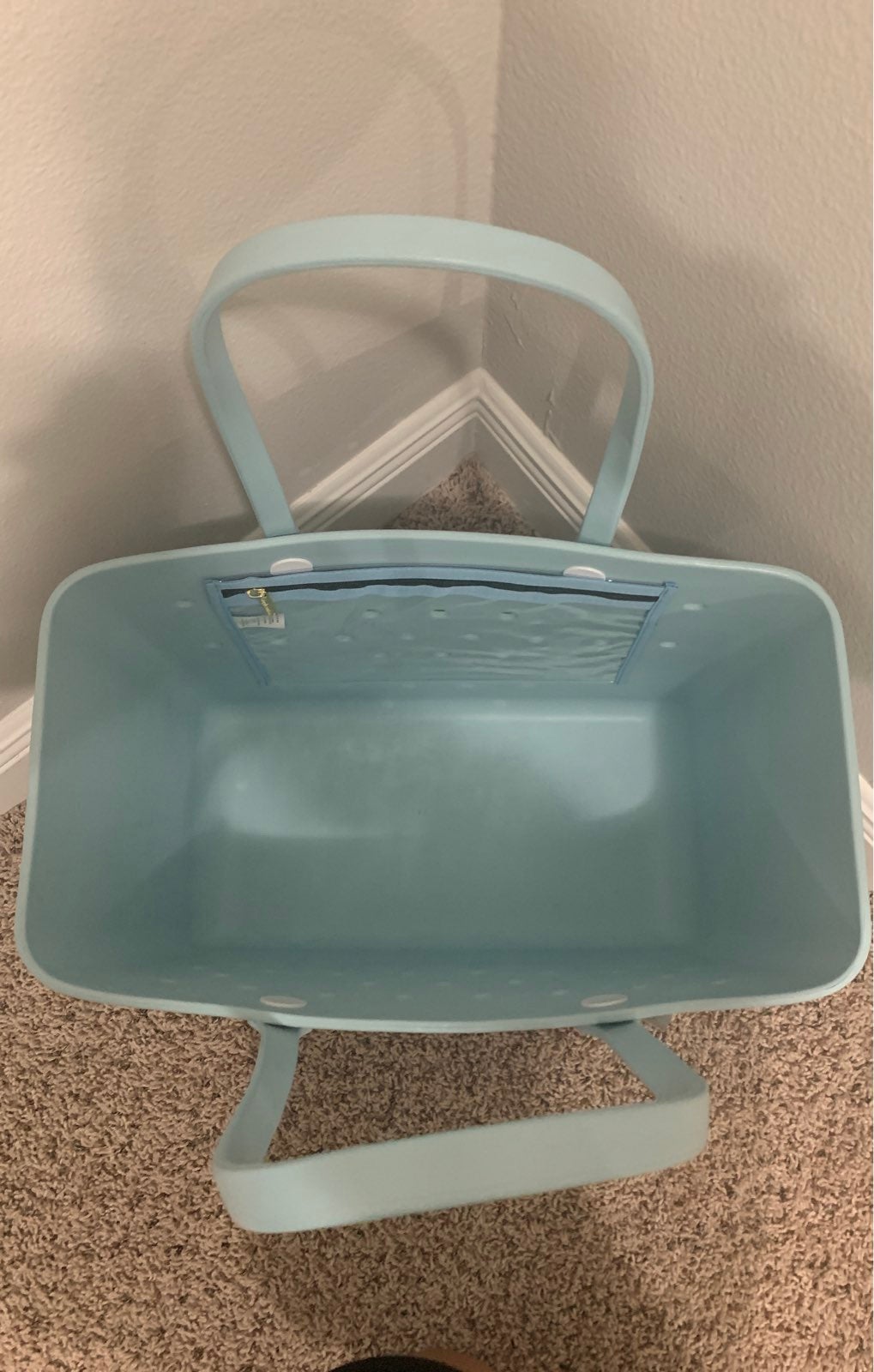 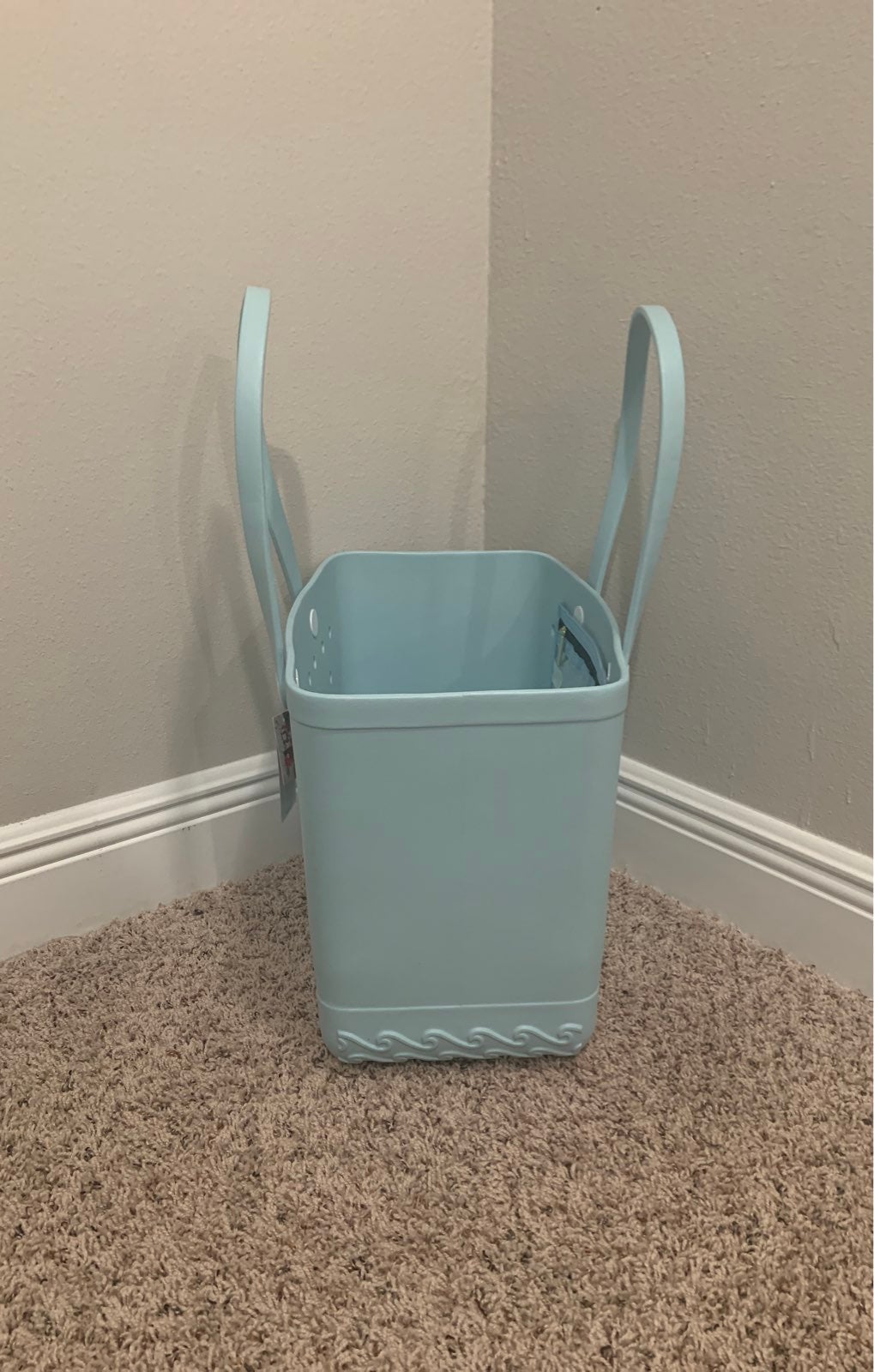 19"" x 14"" x 9.5"" tote made of water-resistant material for easy cleaning. Features 29.5" removable handles, holes for charms, a grip bottom design, and a clear, removable zipper pouch attached to the inside. 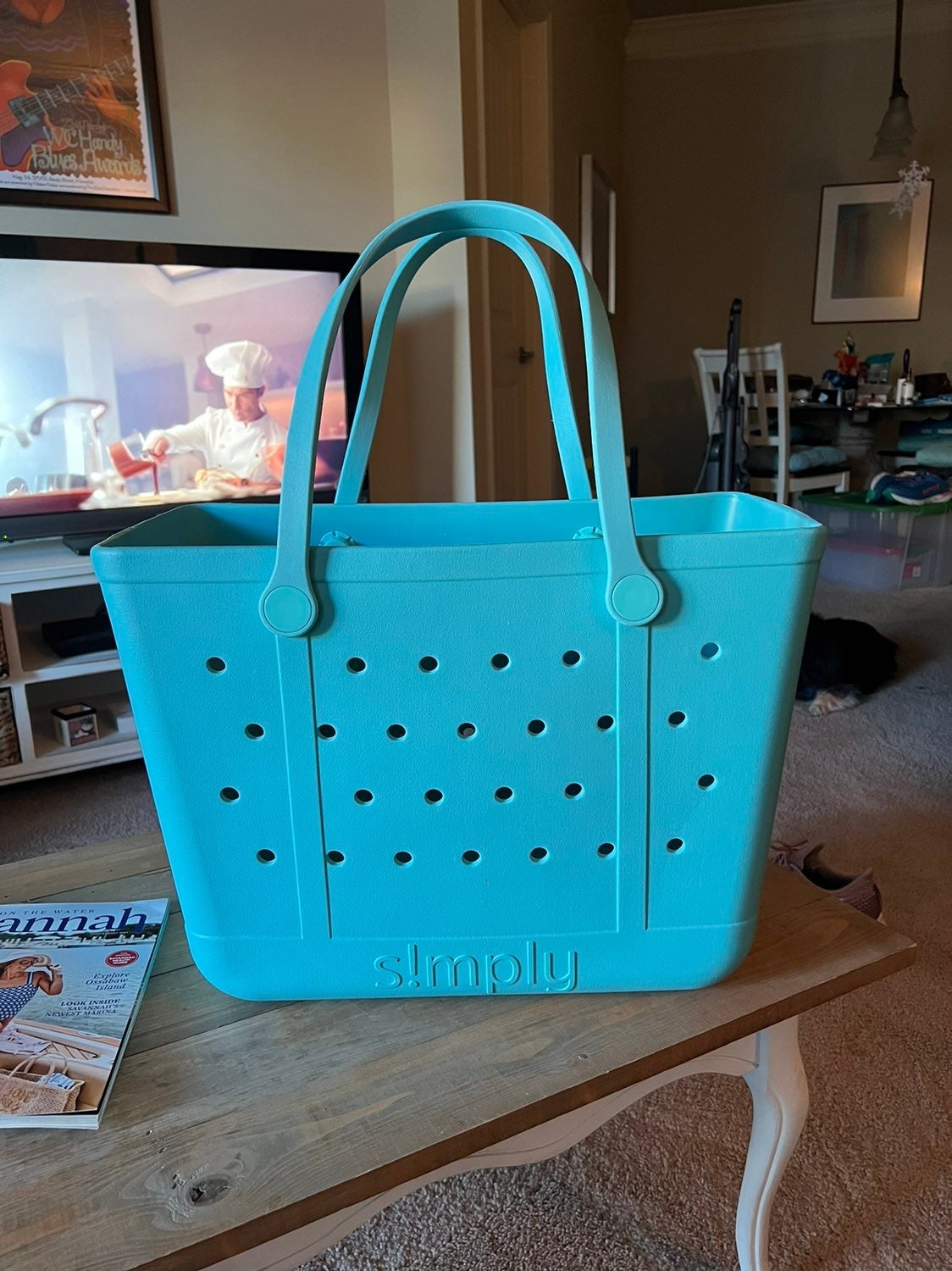 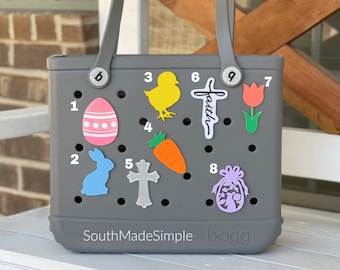 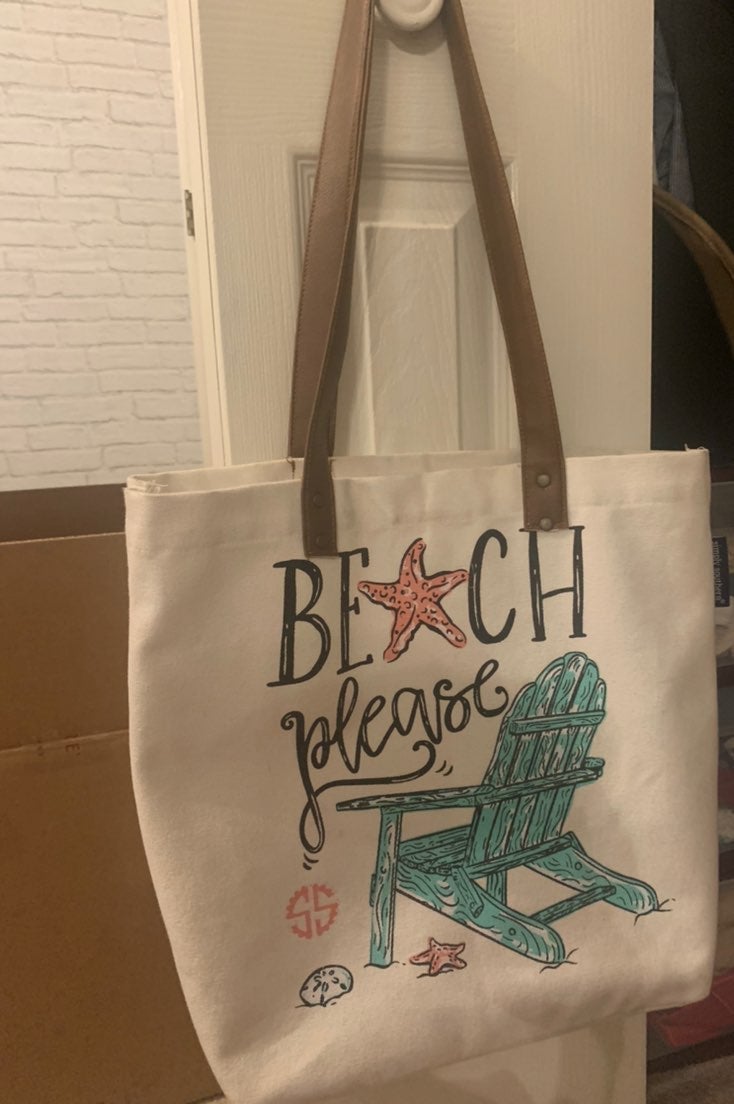 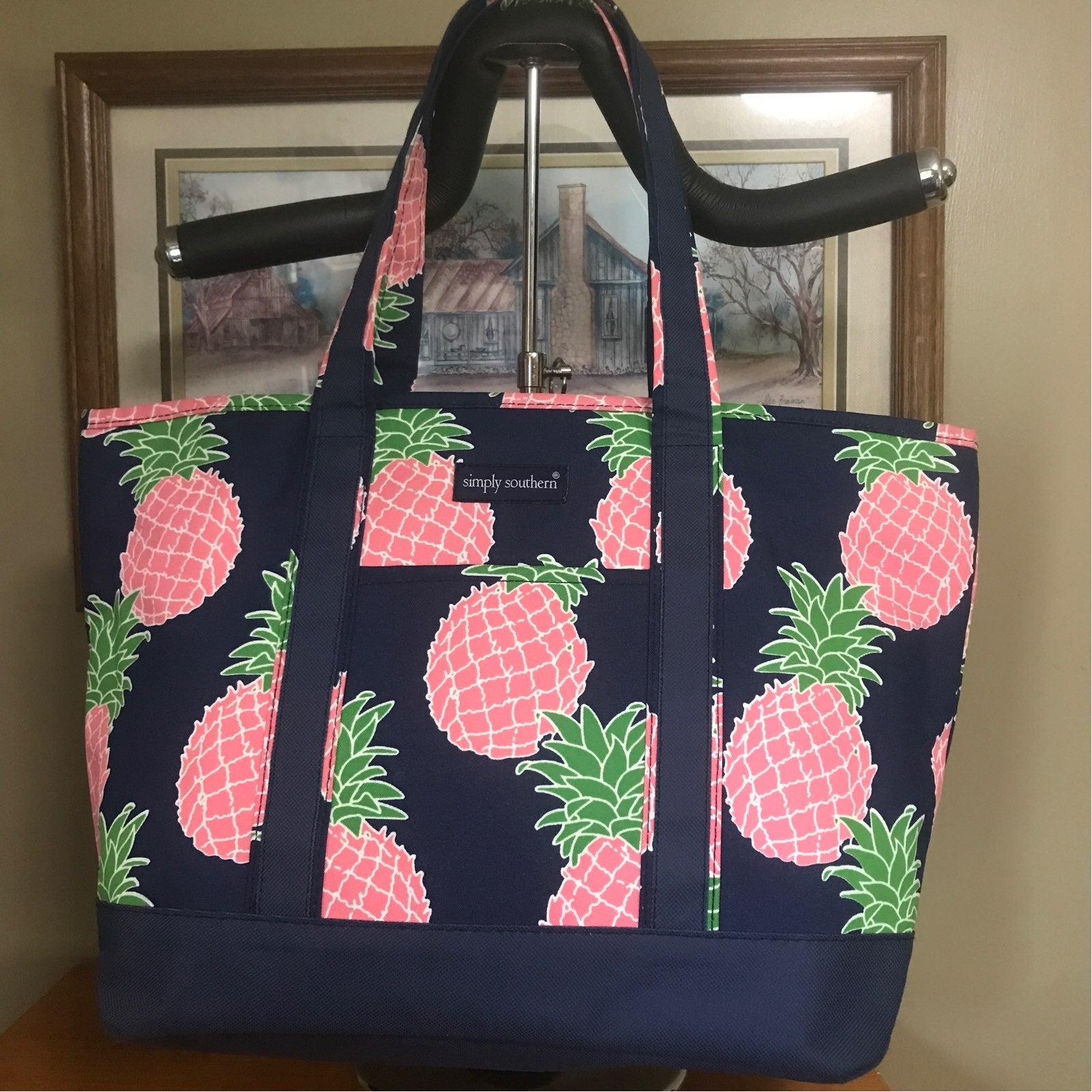 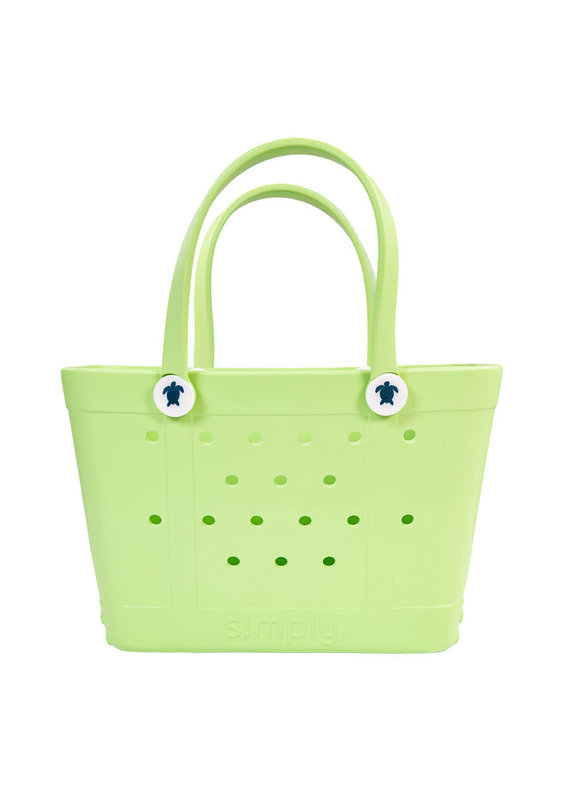 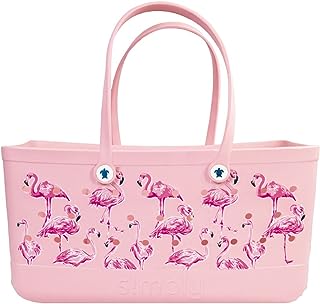