Vintage Sports Specialties Miami Dolphins Snapback.
Some damage on the brim of the bill all shown in pictures .
Has a good shape and the snap strap is still in good condition.
All flaws shown in pictures. The top button has a slight hole.
In fair condition 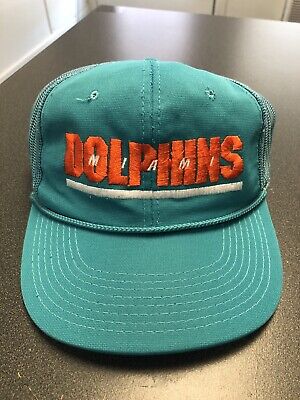 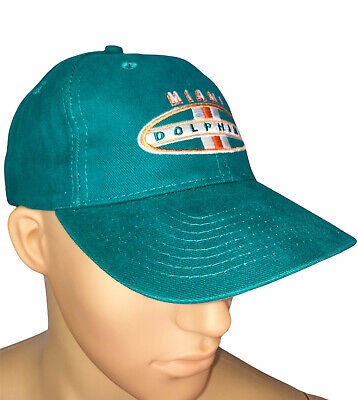 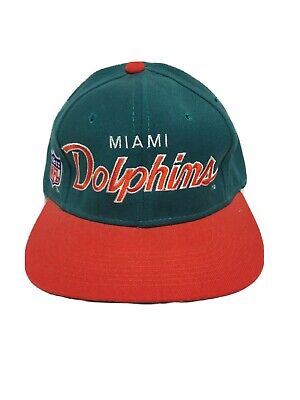 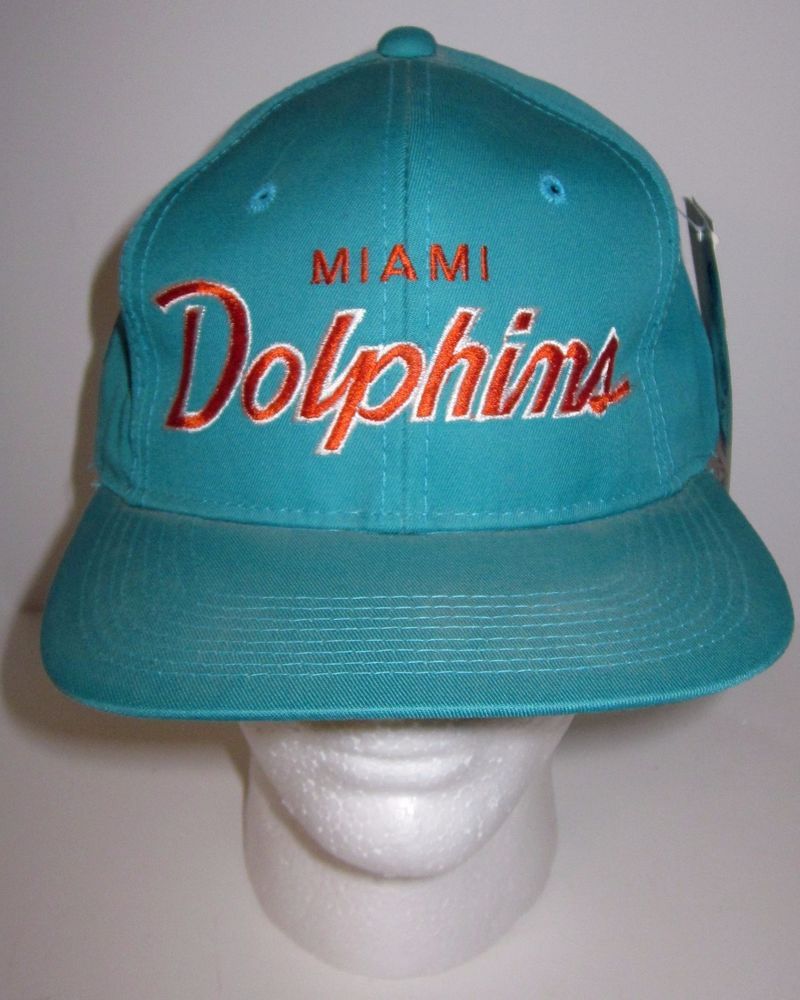 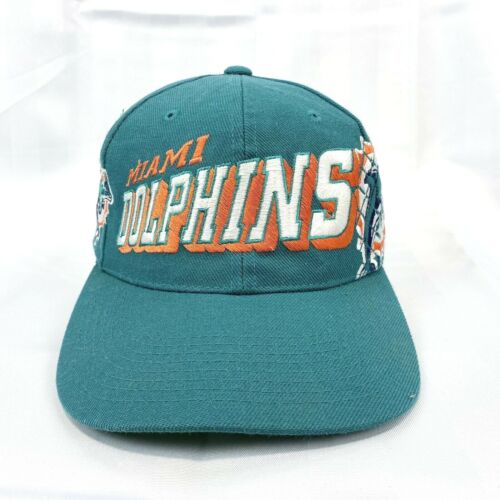 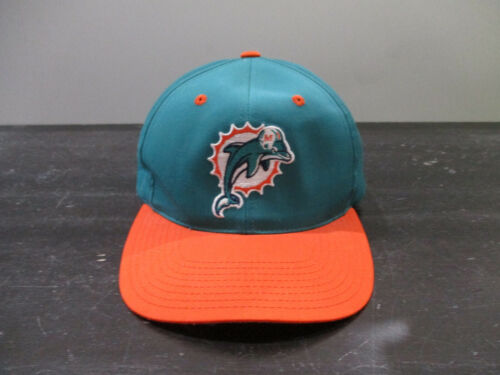 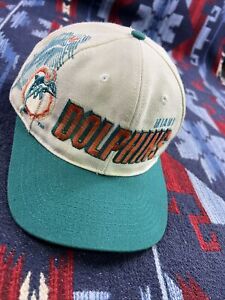 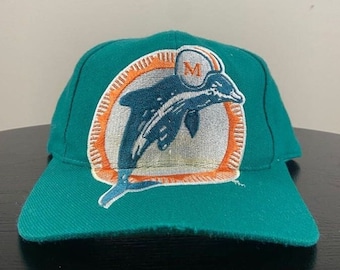