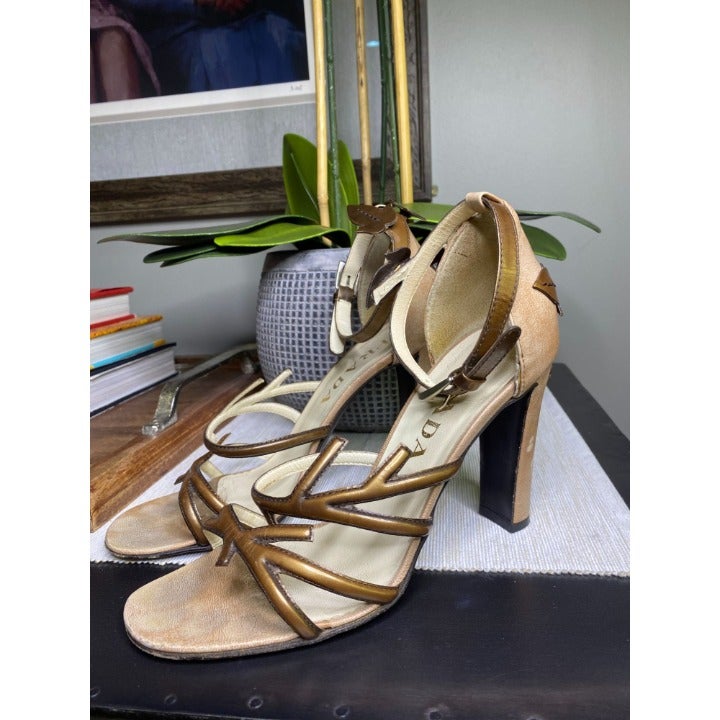 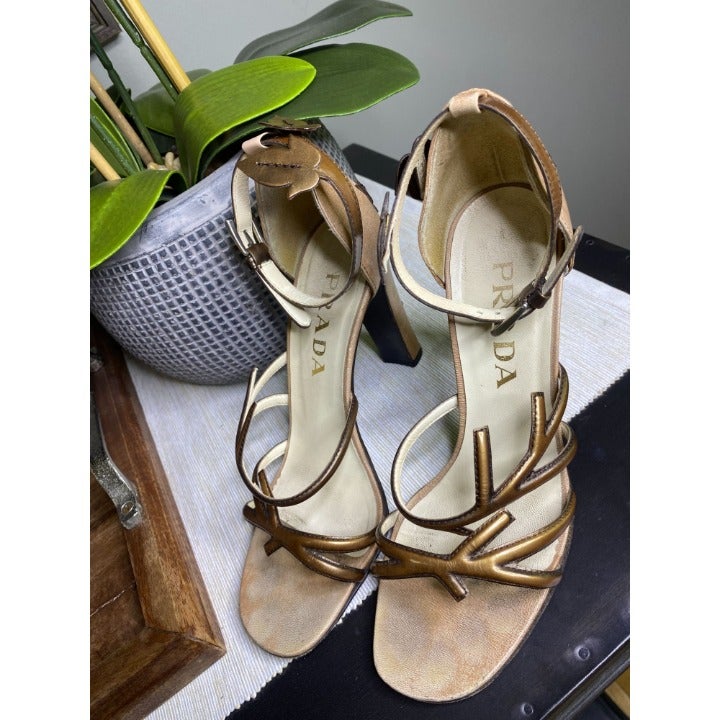 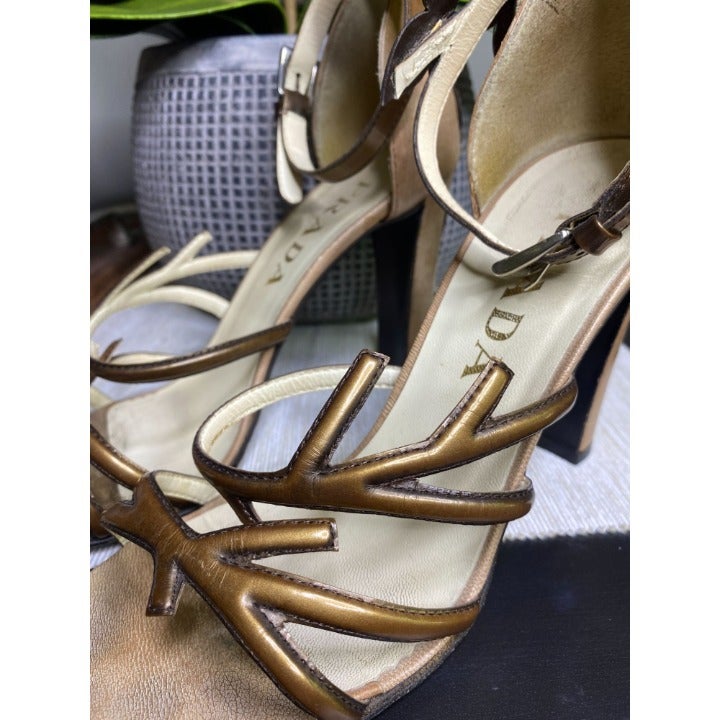 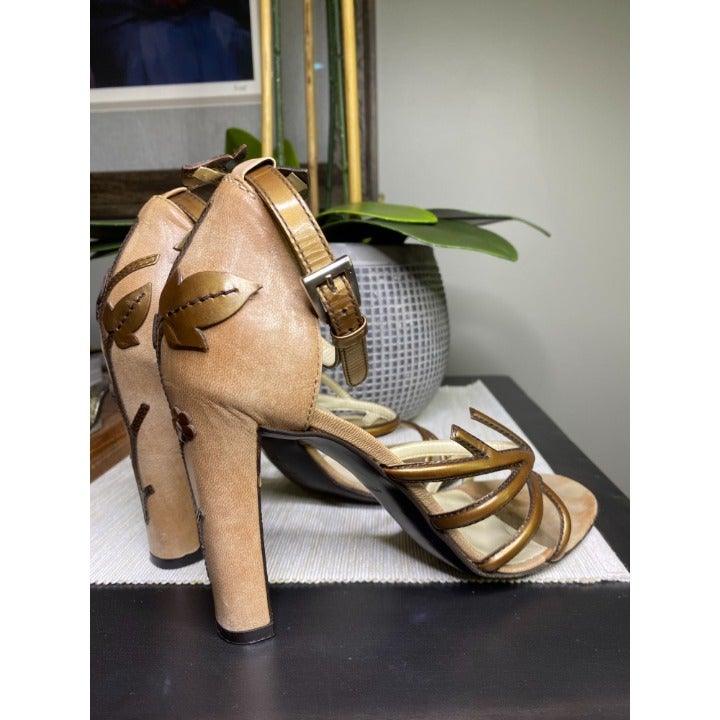 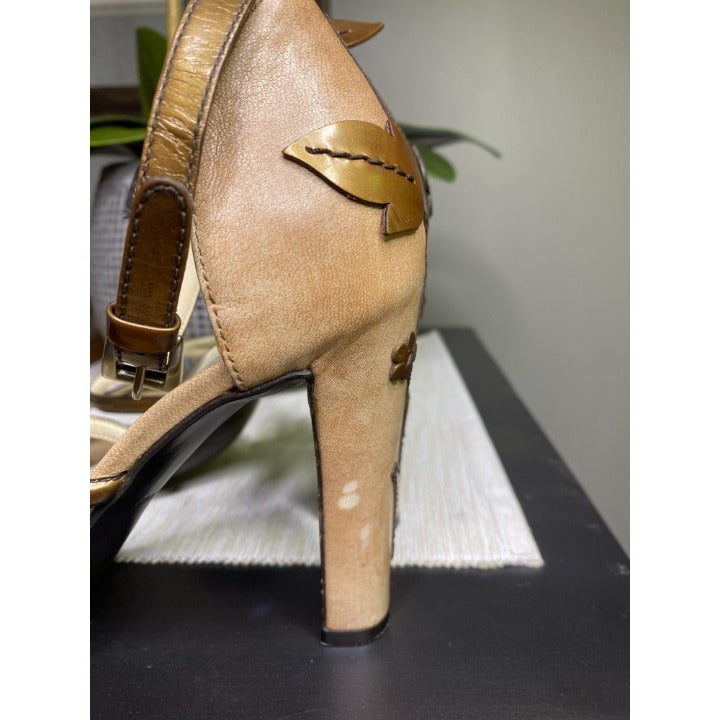 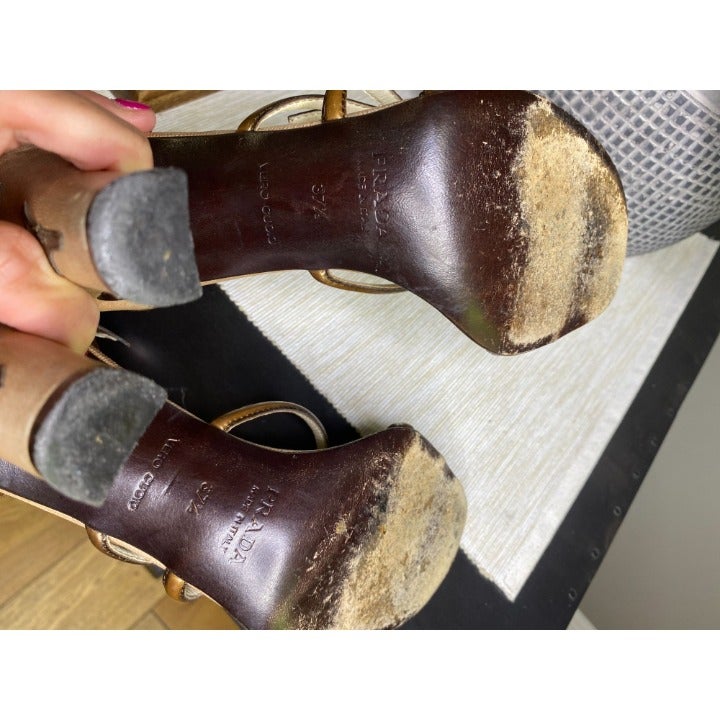 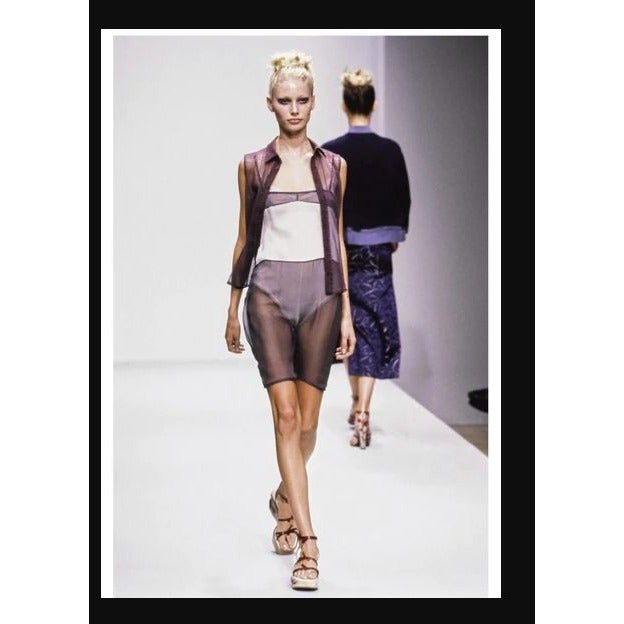 Gentle preowned condition
Color: Tan
Note: a few light scuffs on heel. One loop that holds the ankle strap has been replaced. 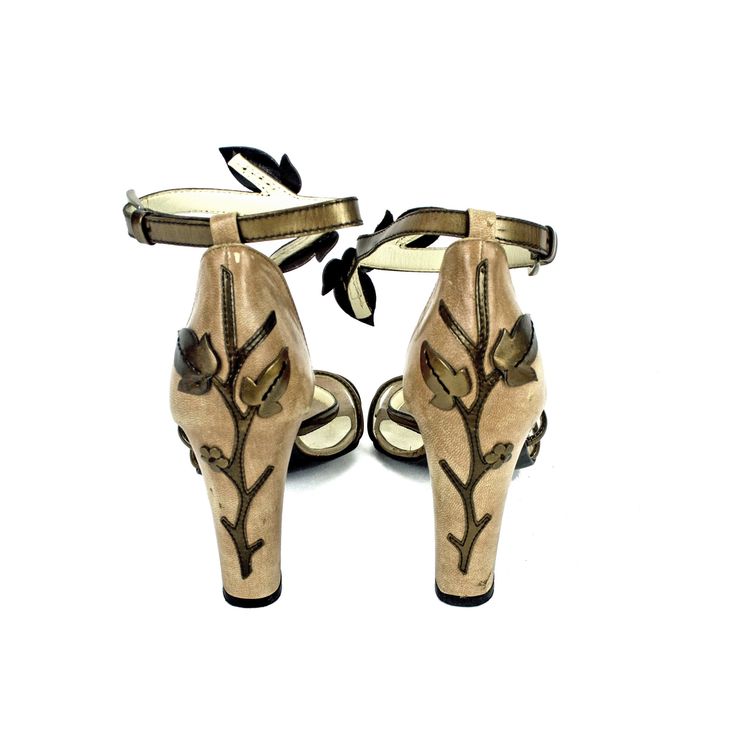 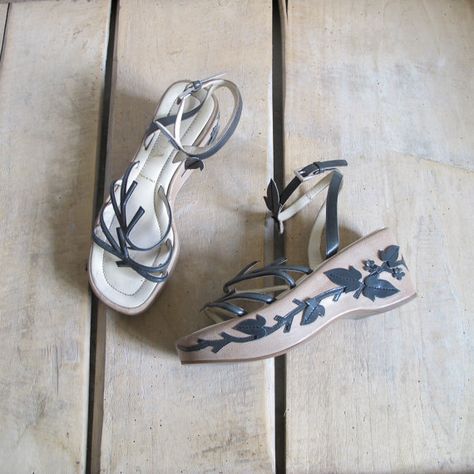 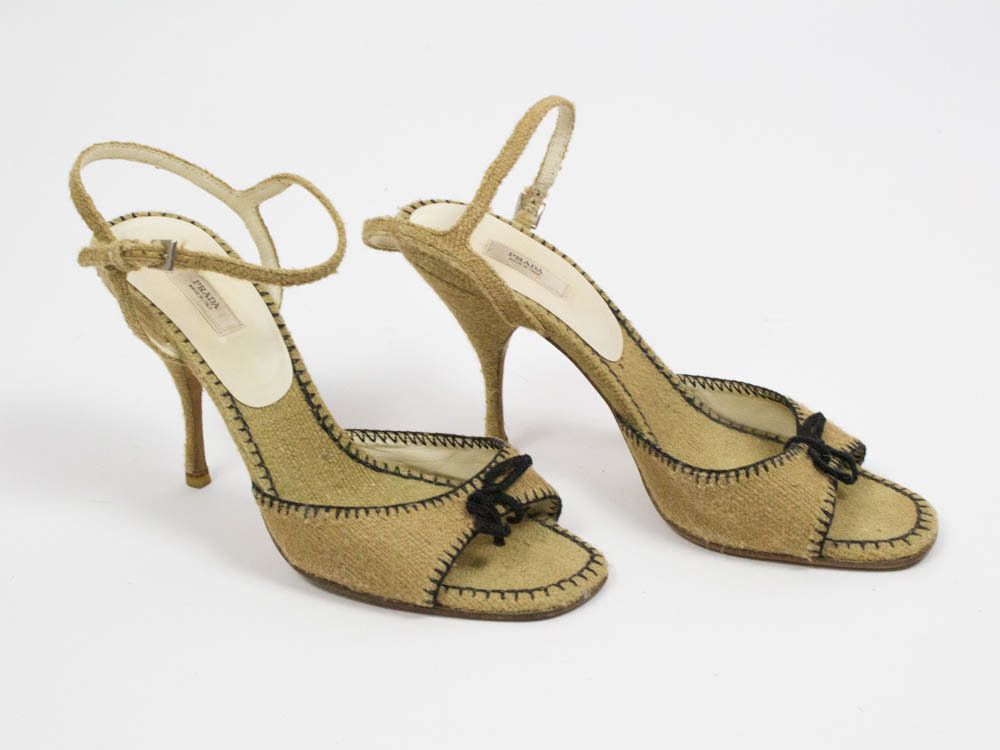 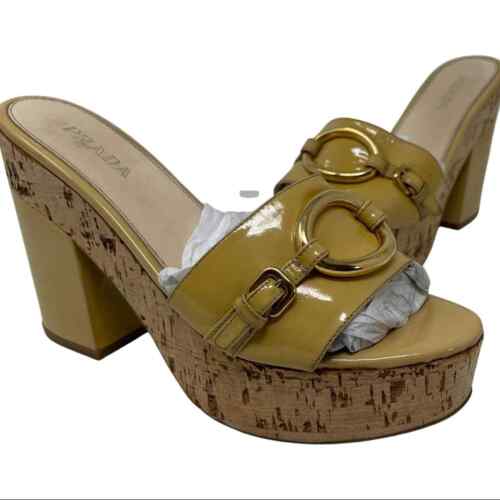 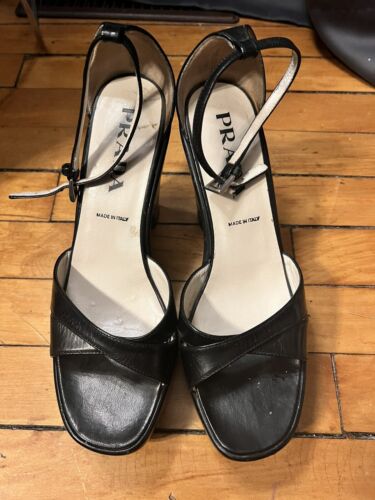 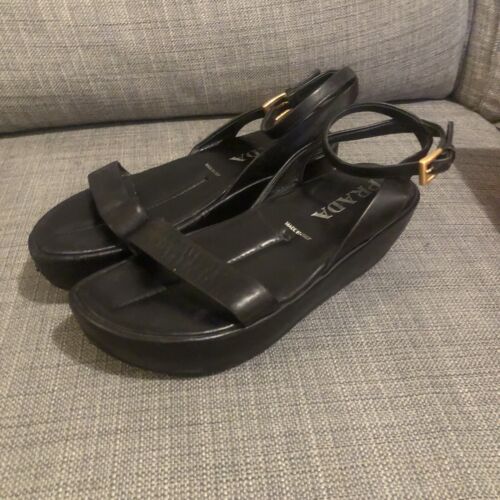