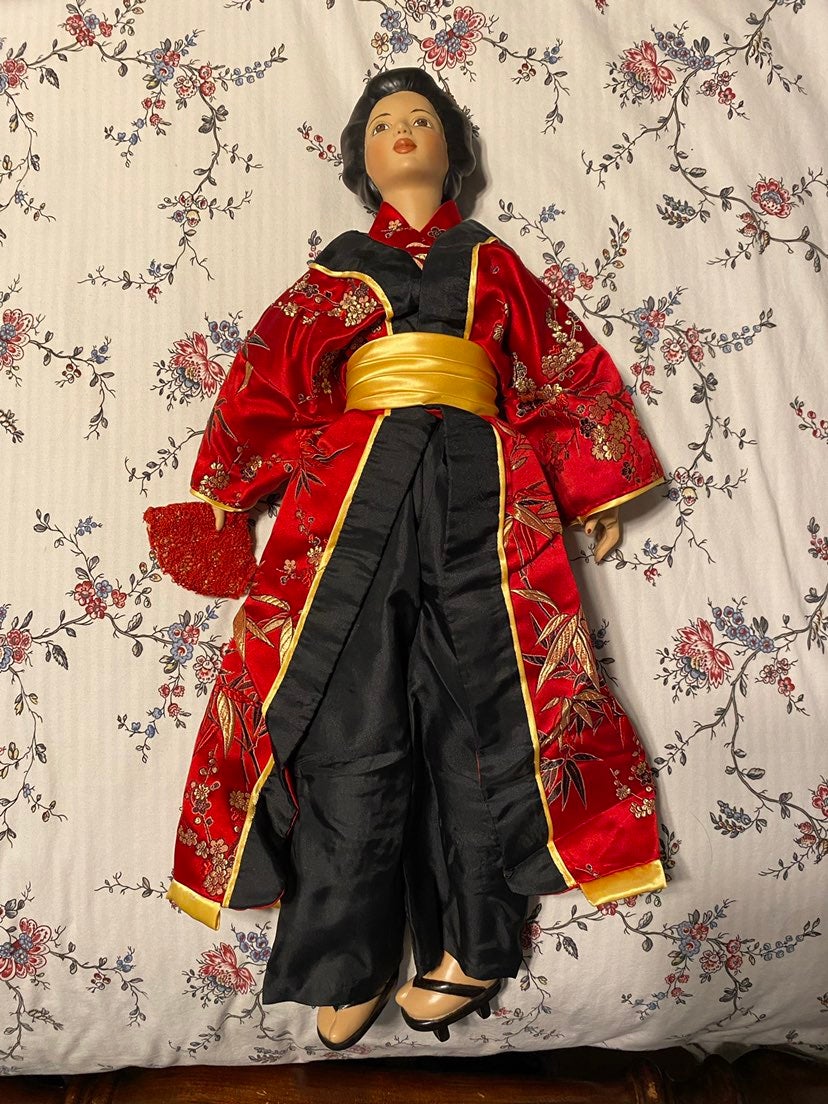 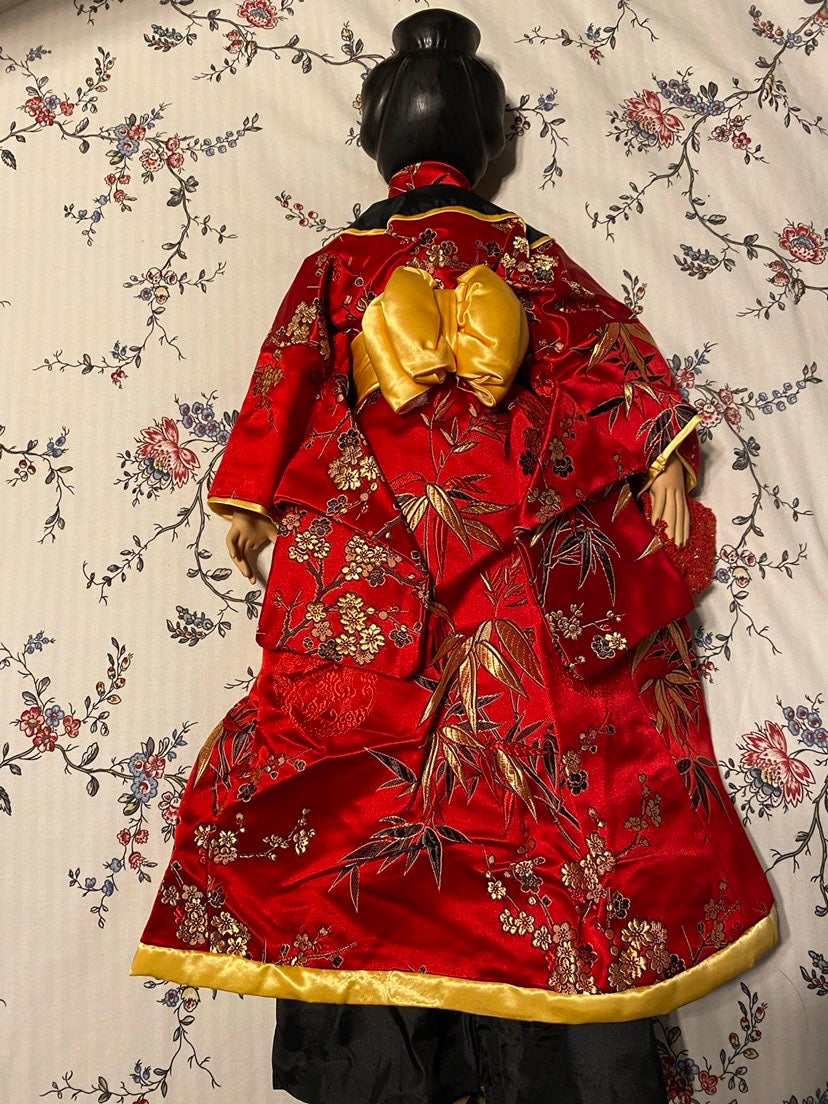 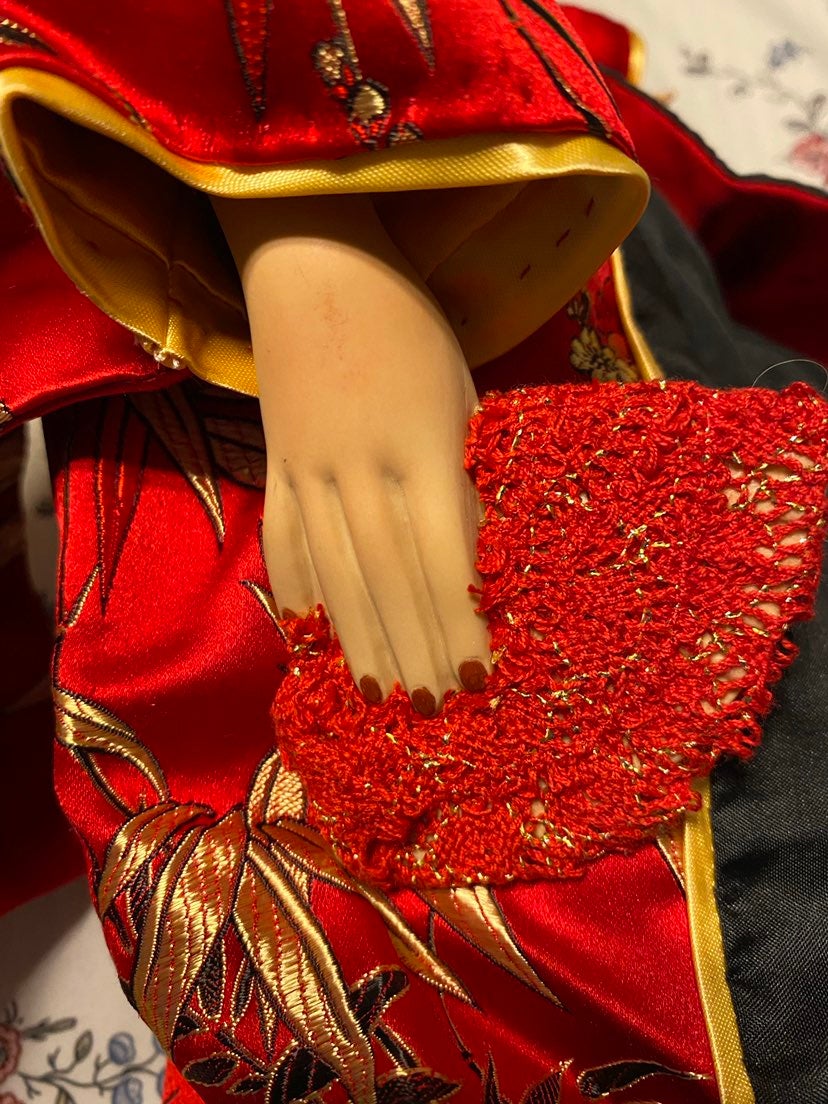 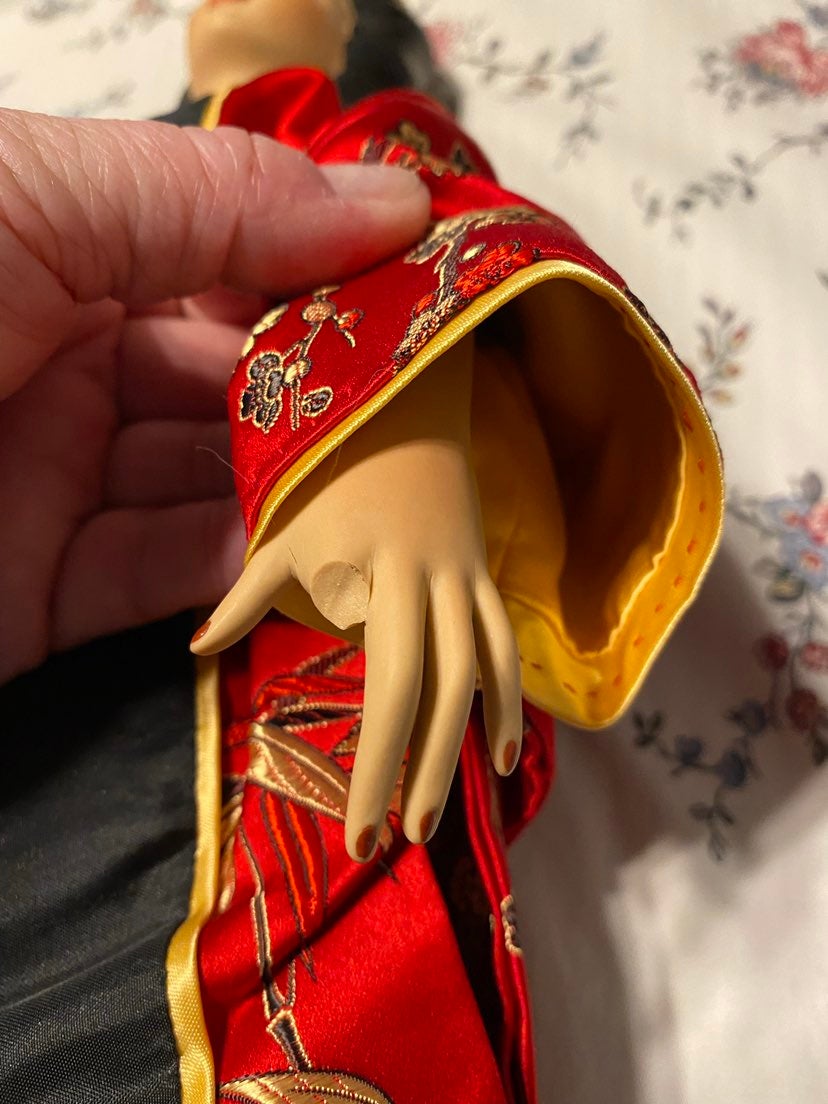 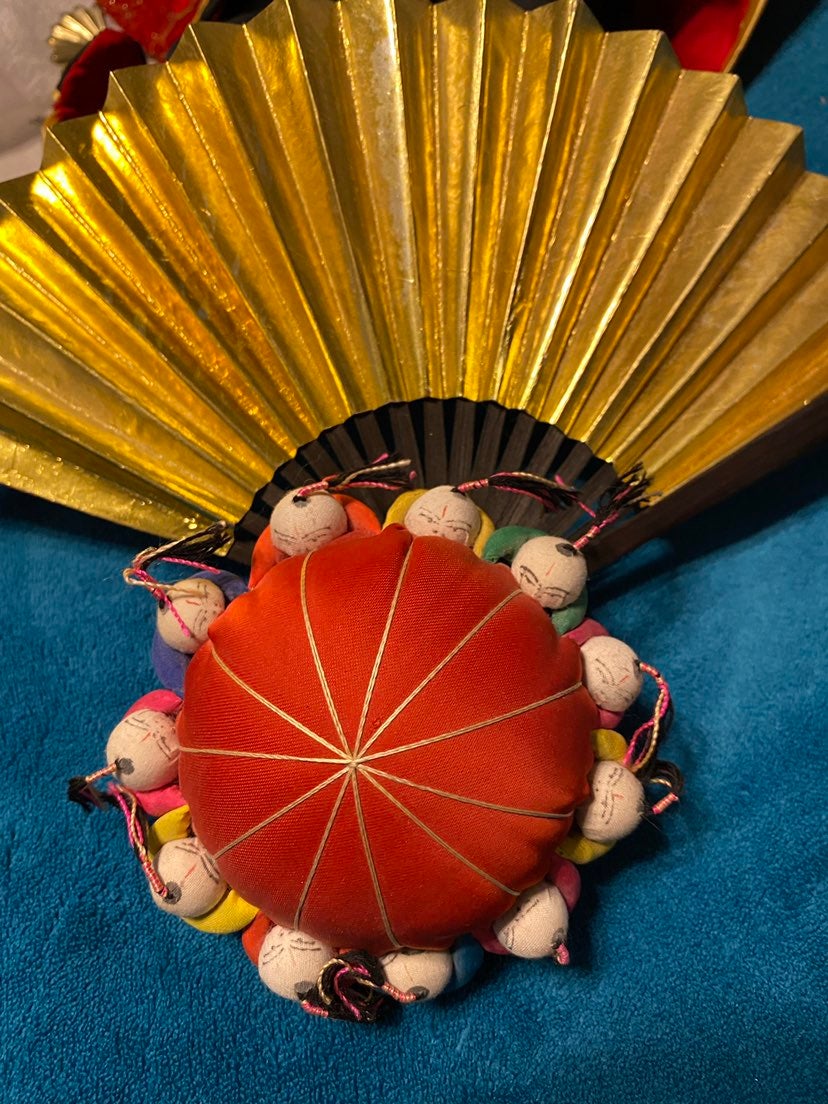 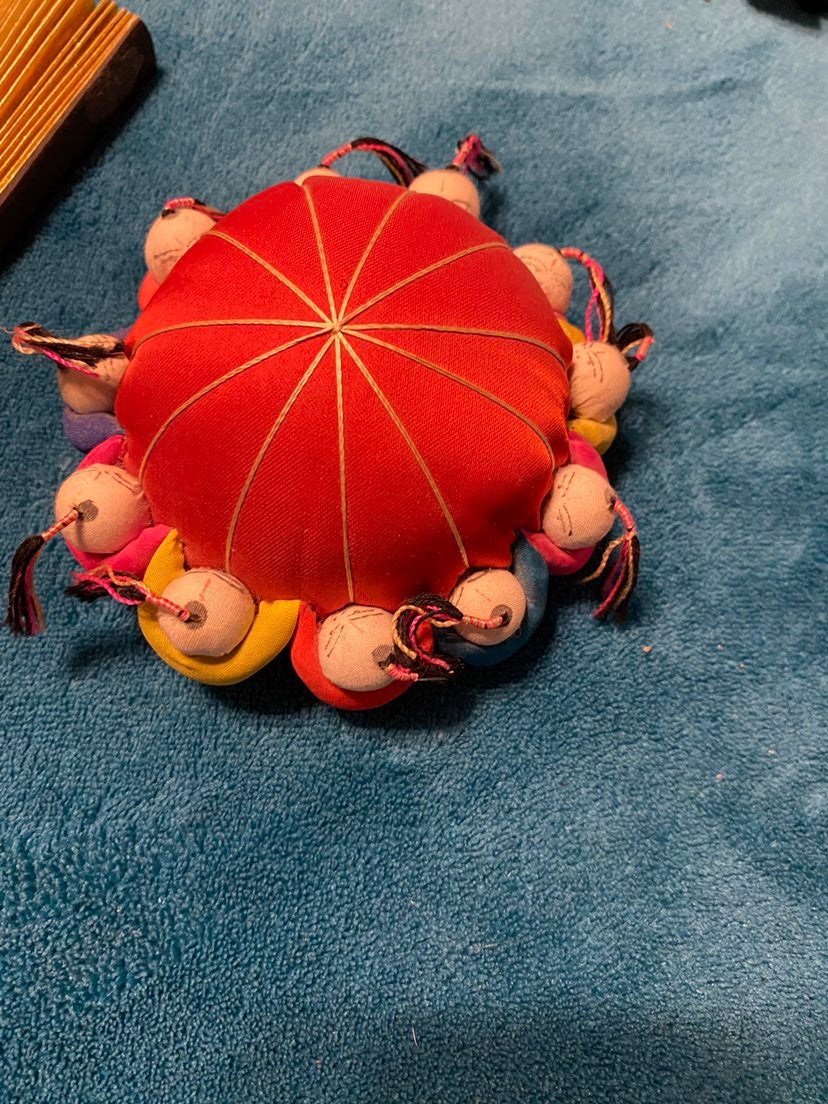 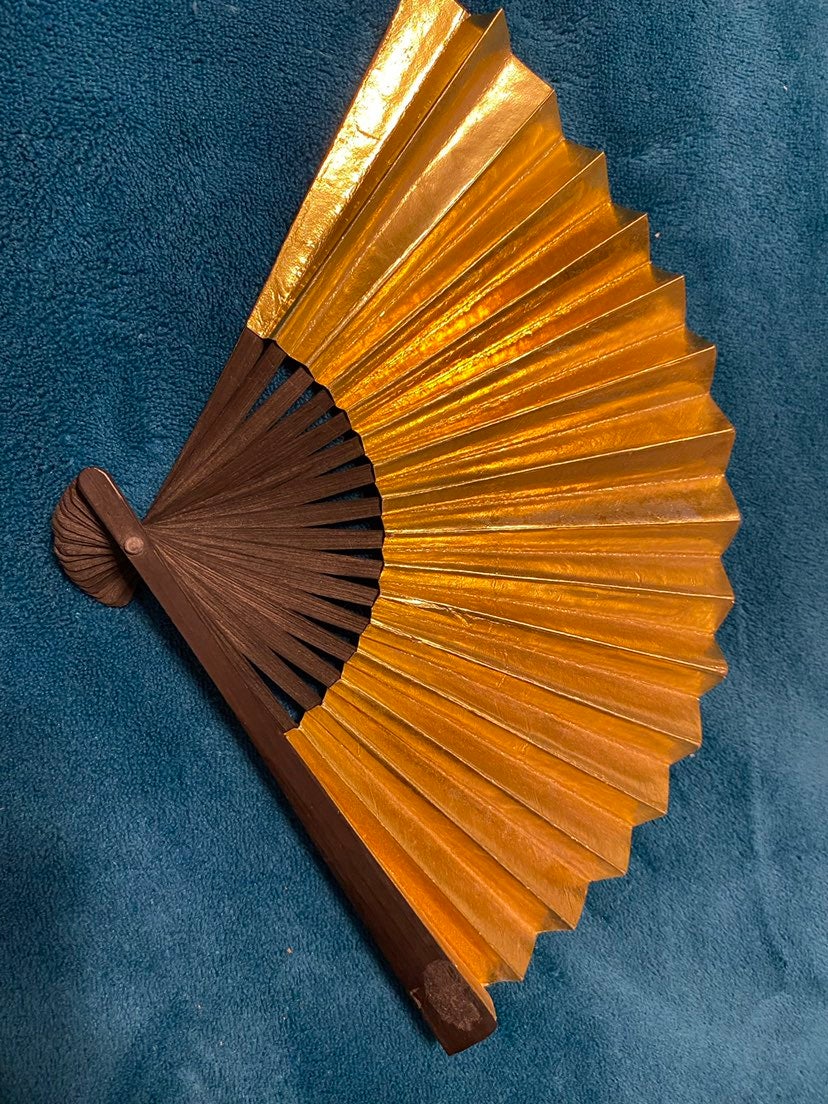 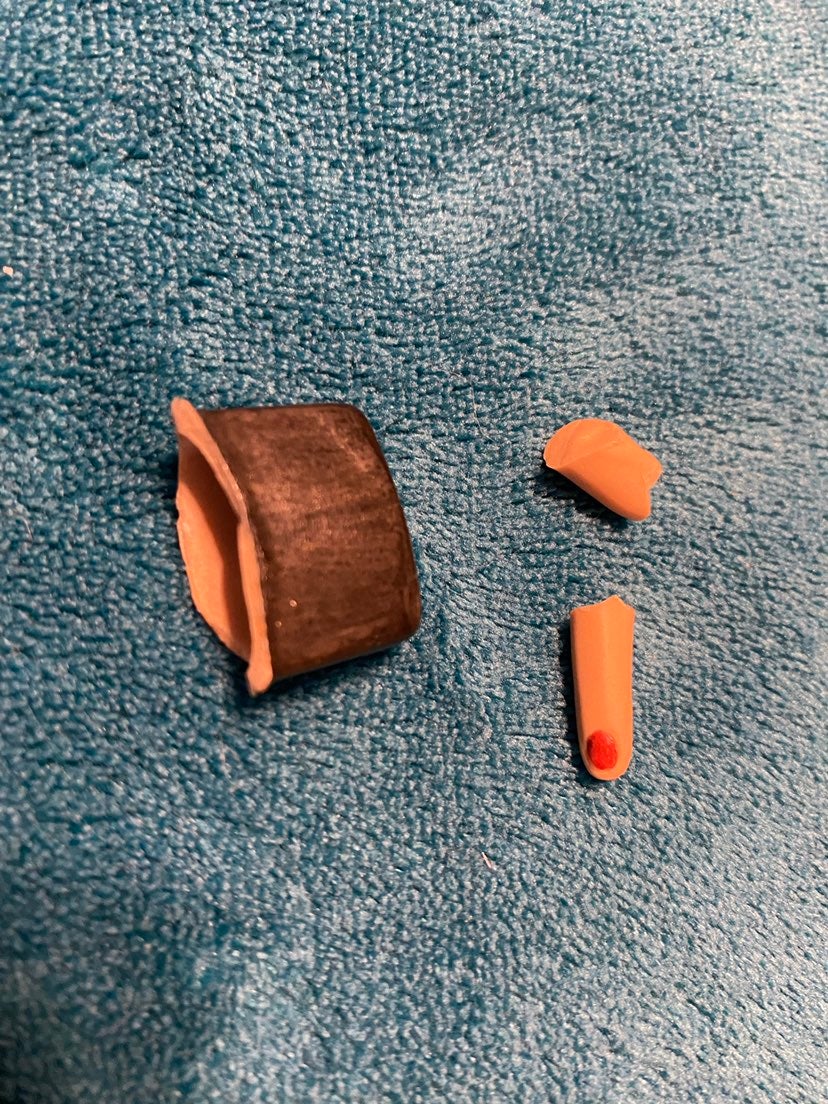 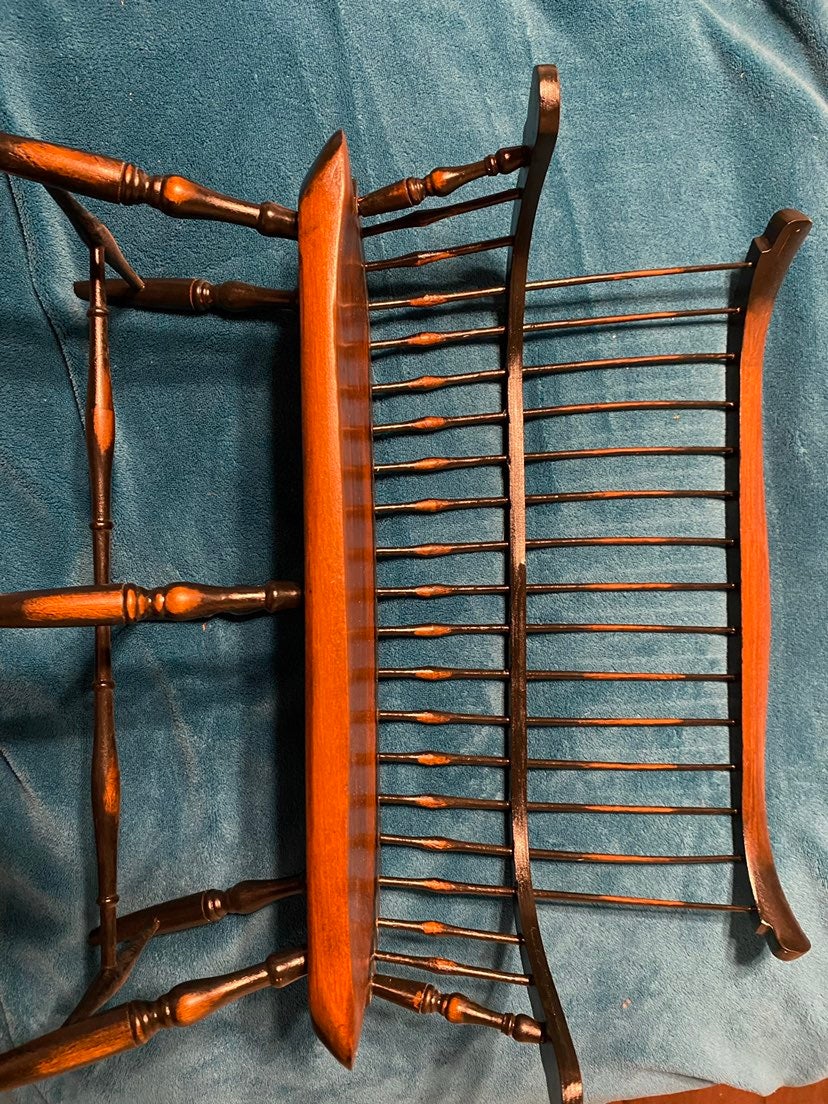 Porcelain Japanese doll with the following accessories: golden fan, pin cushion, bench. Doll has broken finger and shoe but could be glued back into place. Excellent condition aside from that! Comes from a smoke free home. 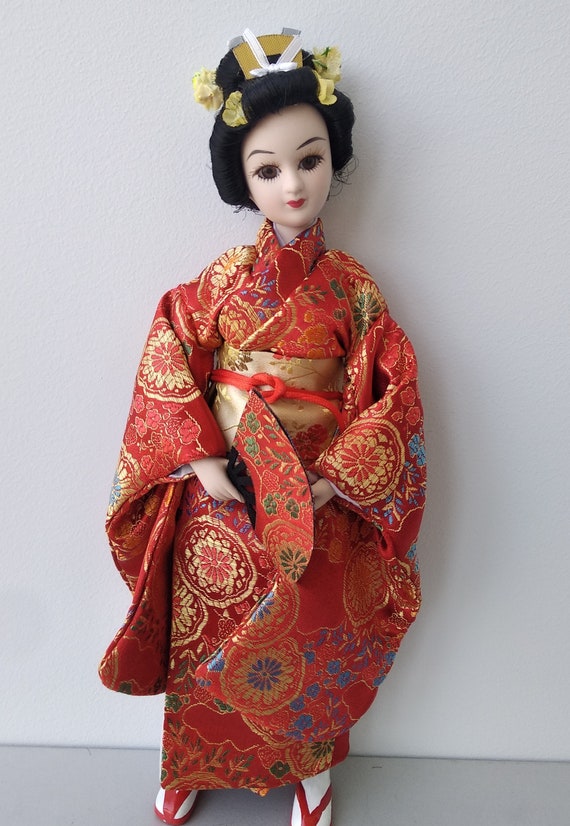 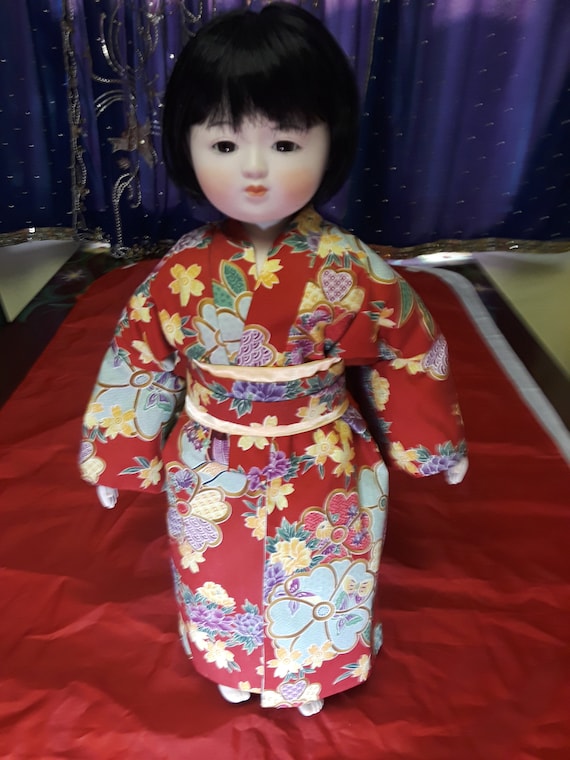 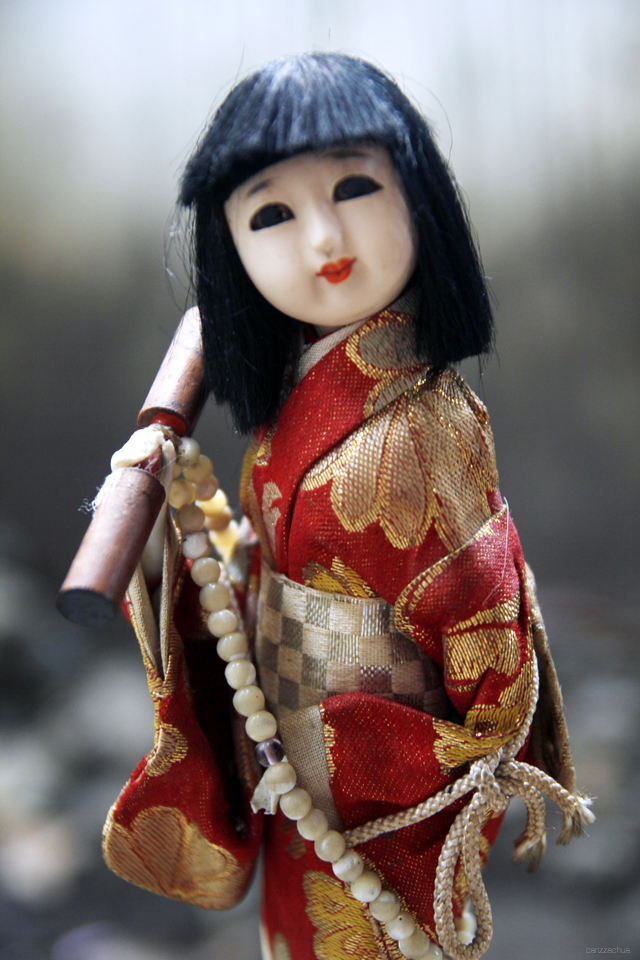 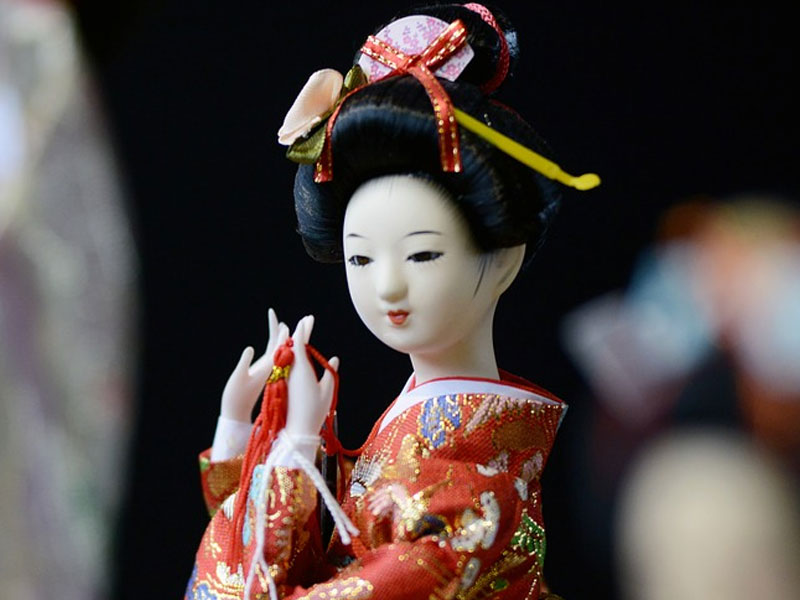 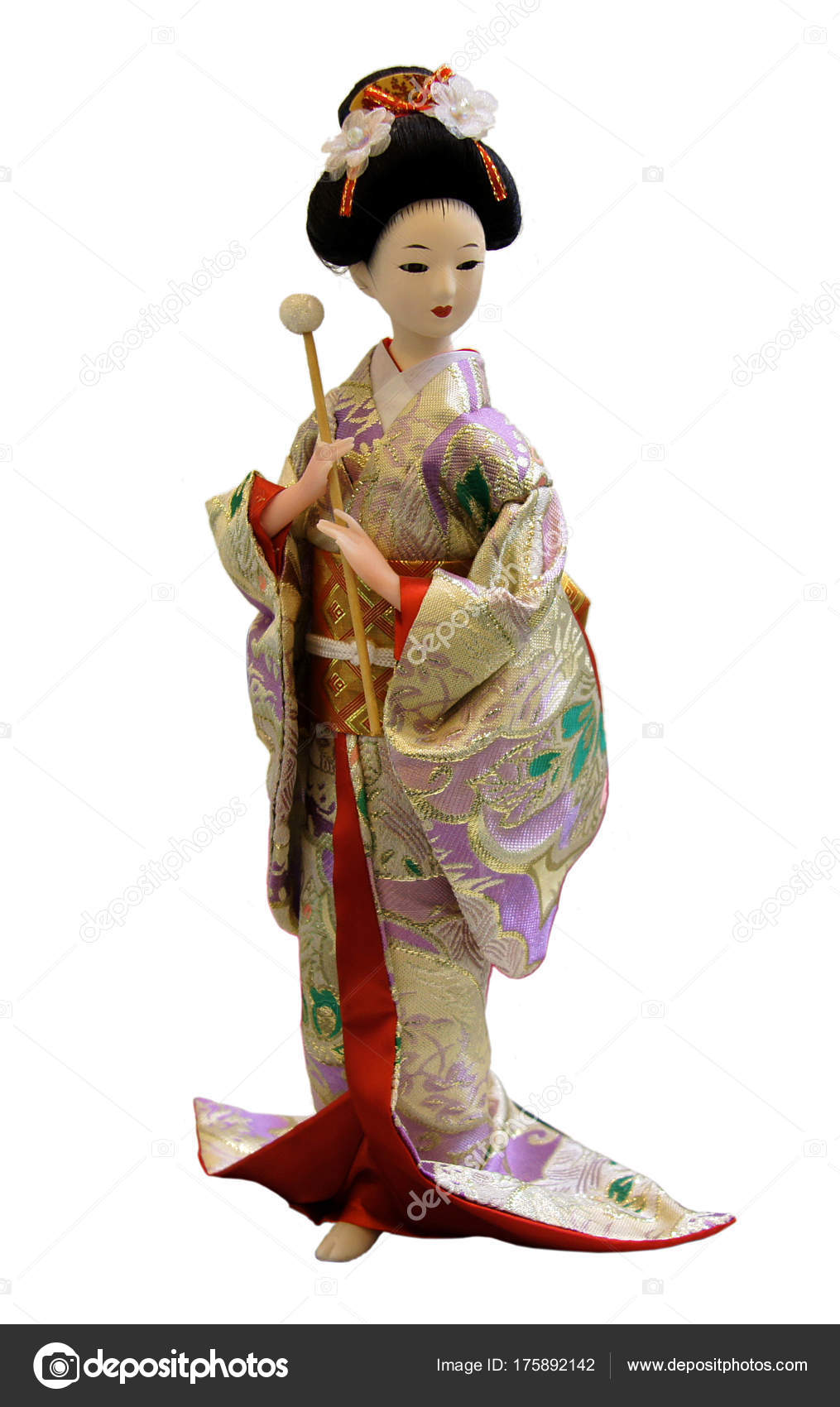 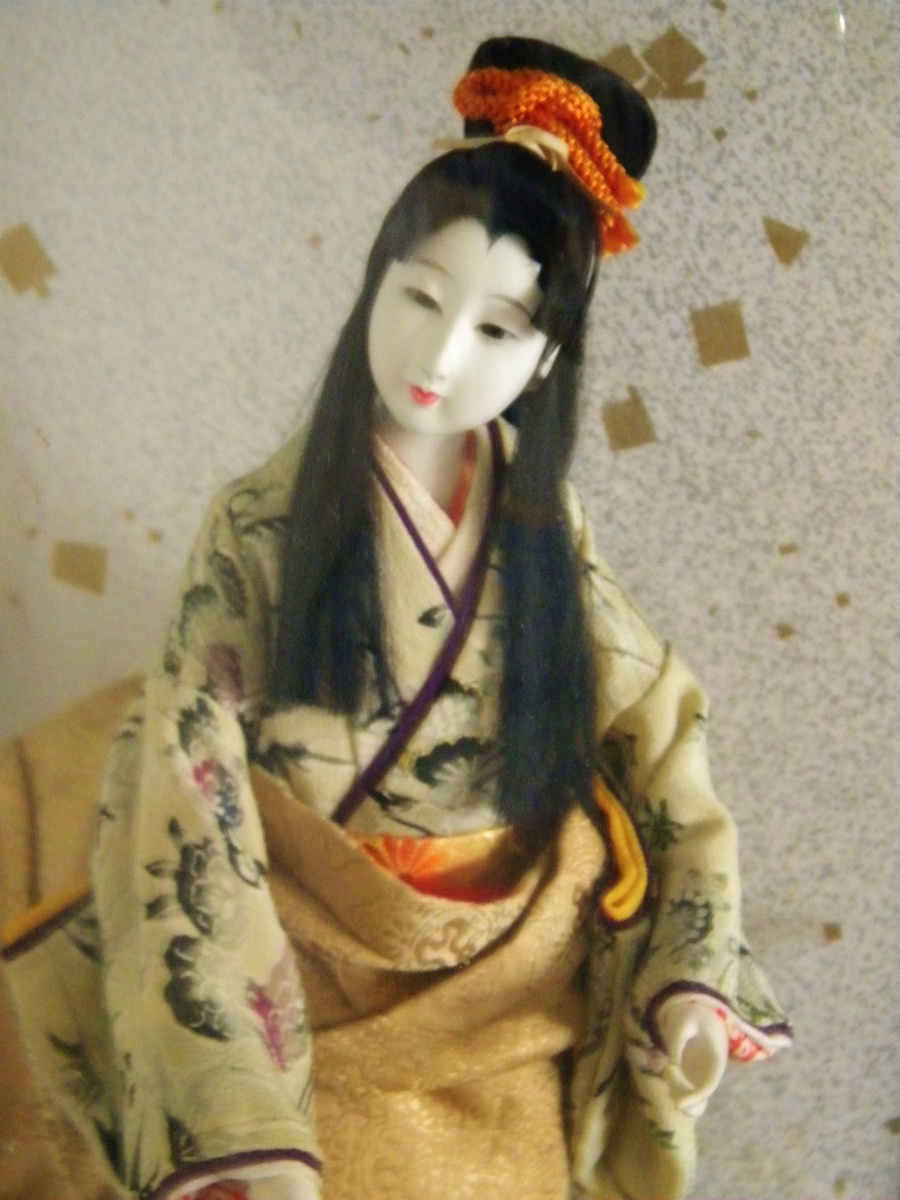 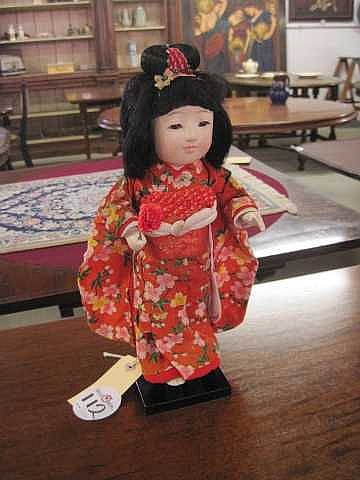 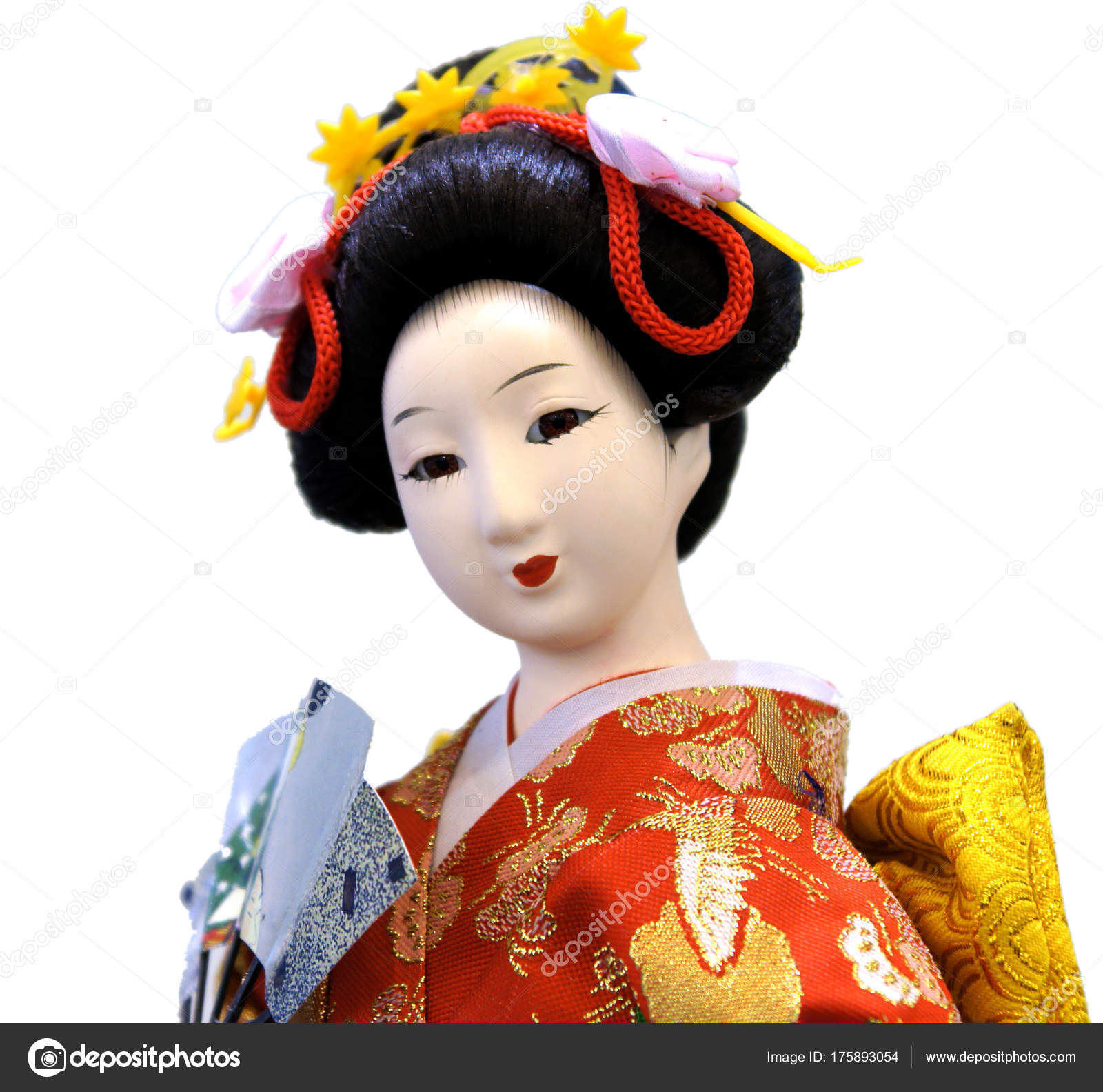 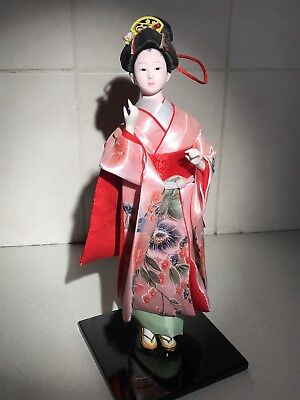 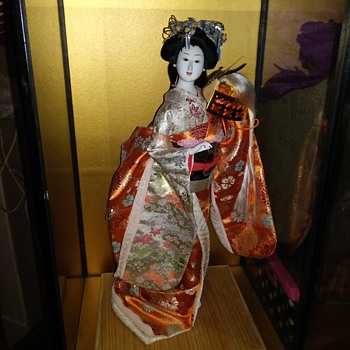 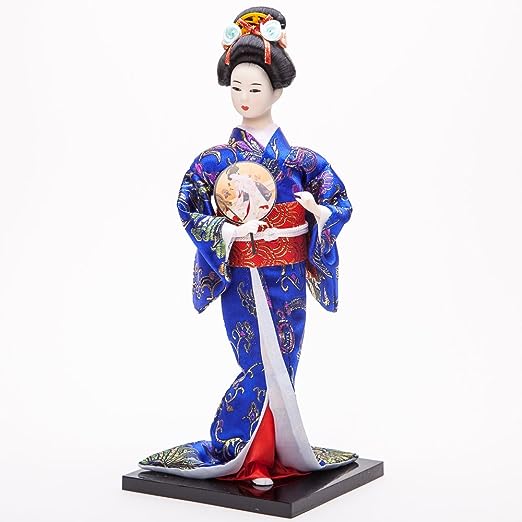 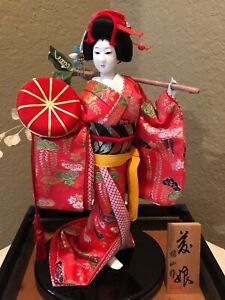 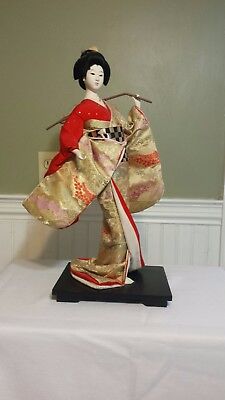 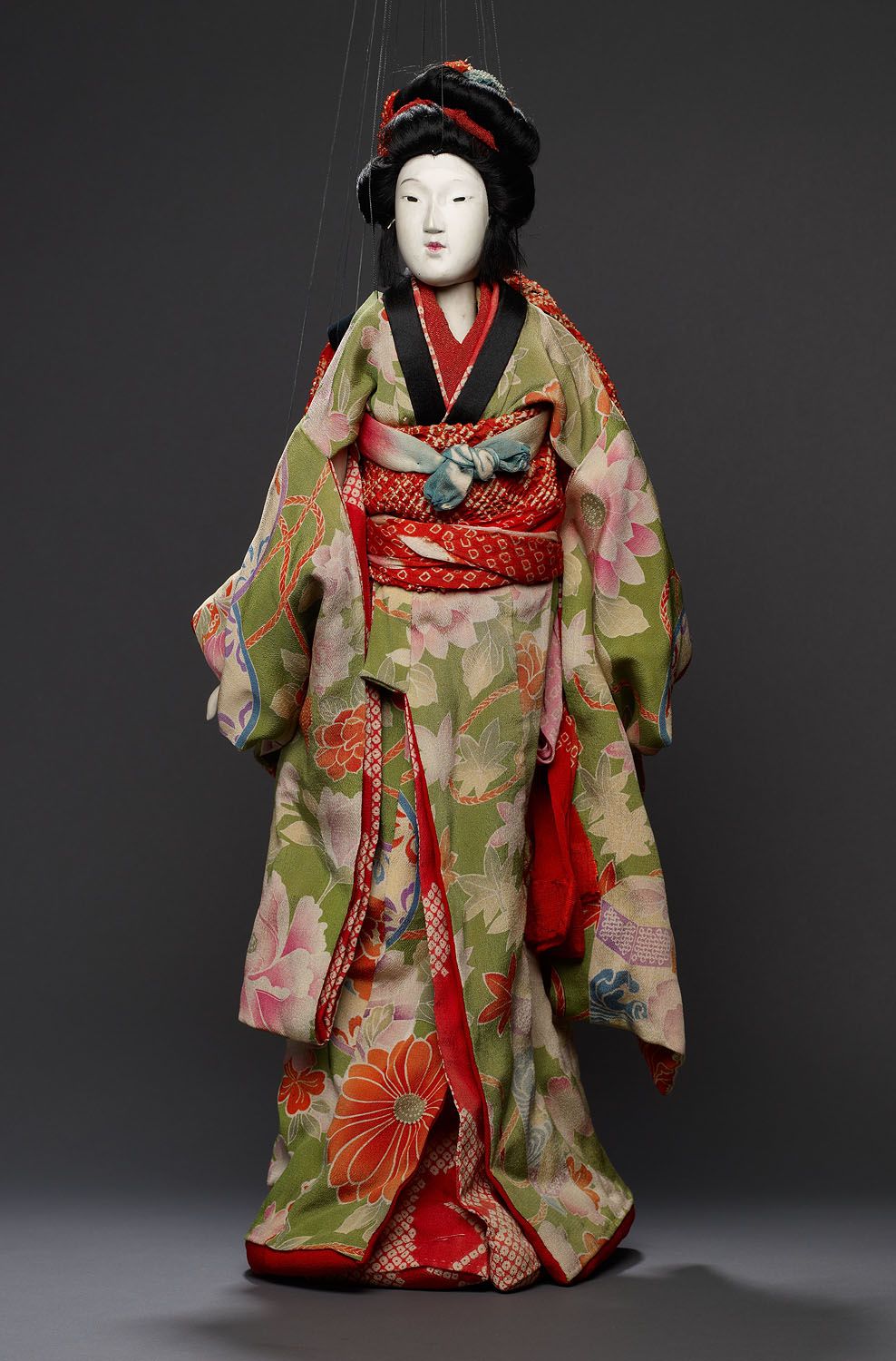