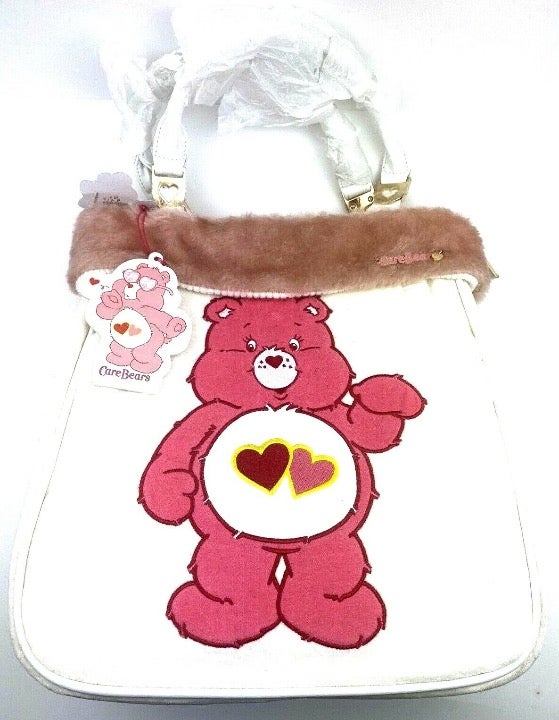 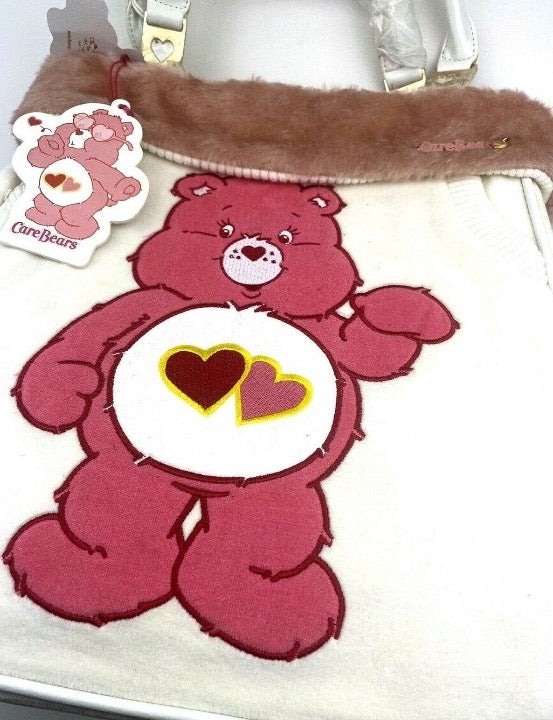 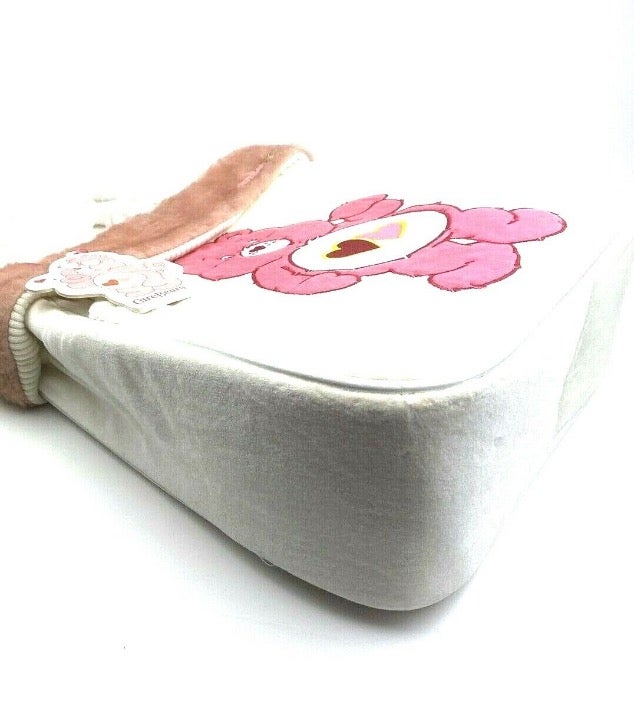 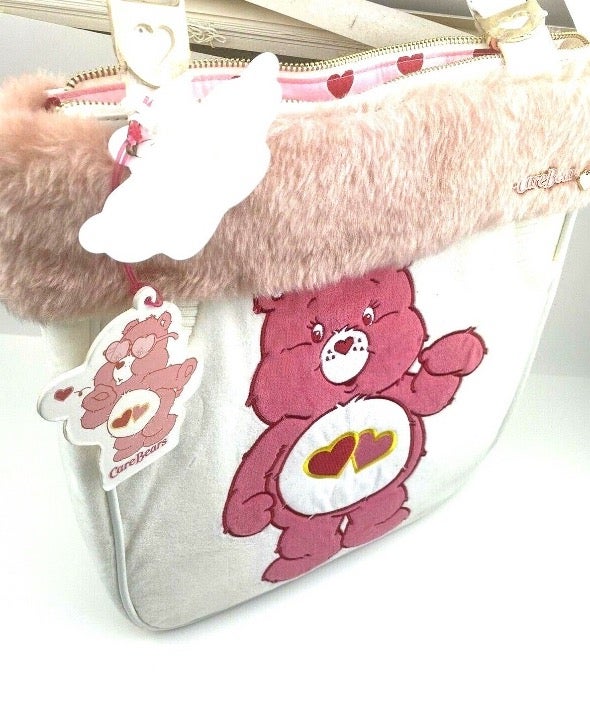 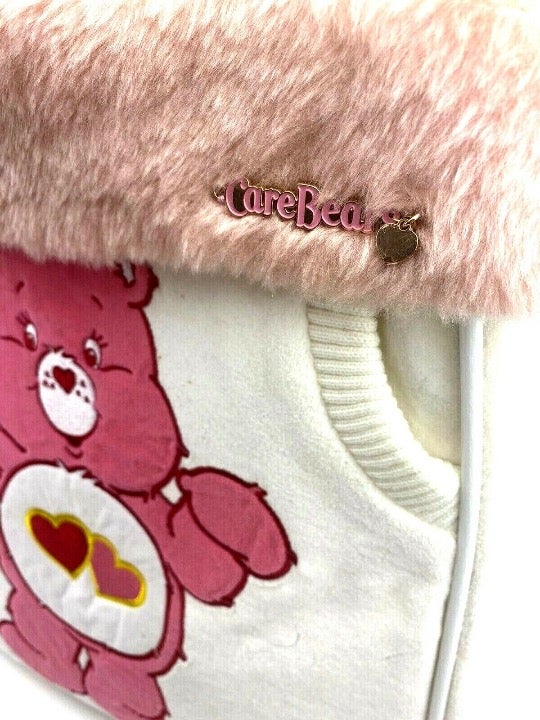 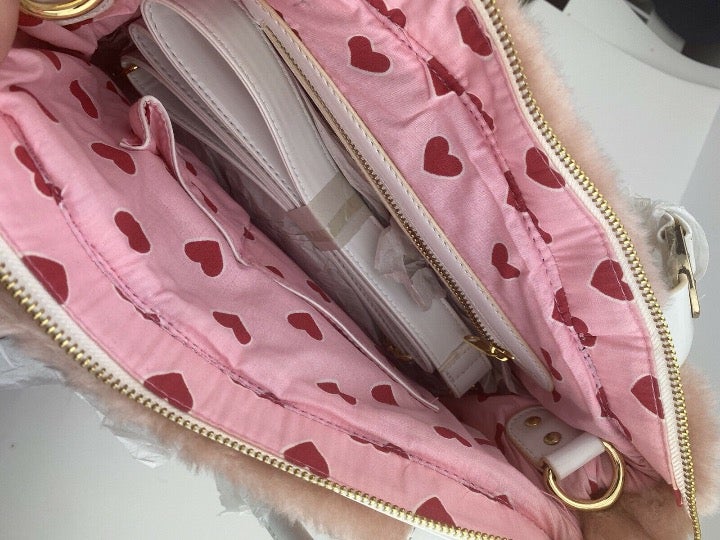 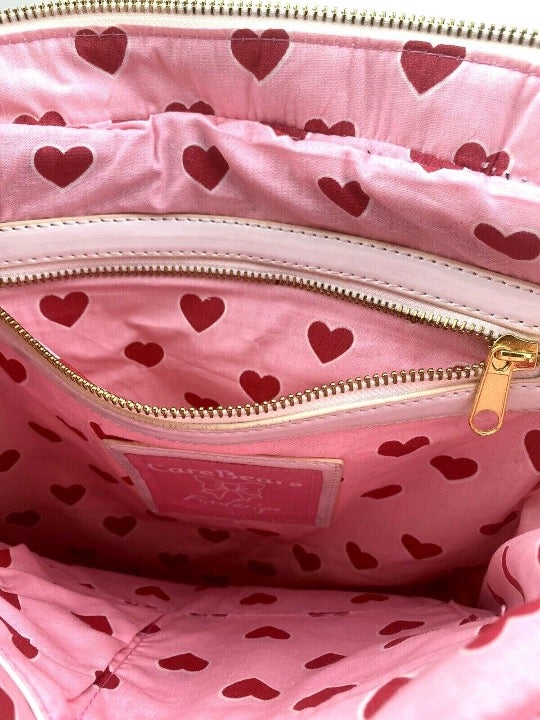 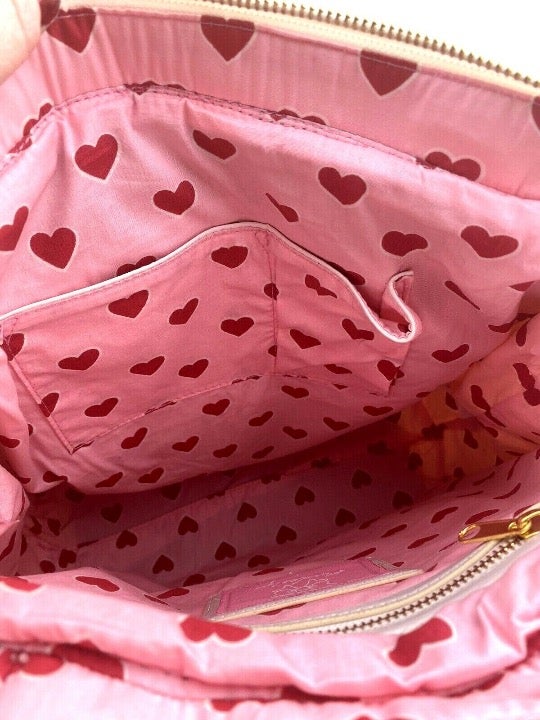 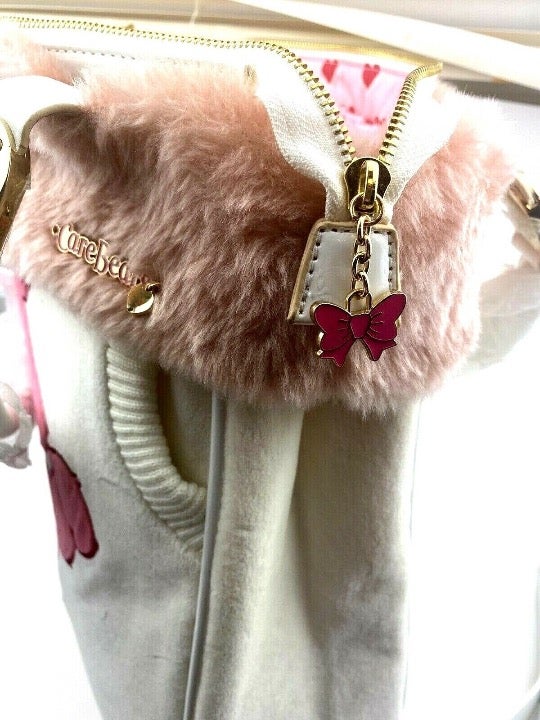 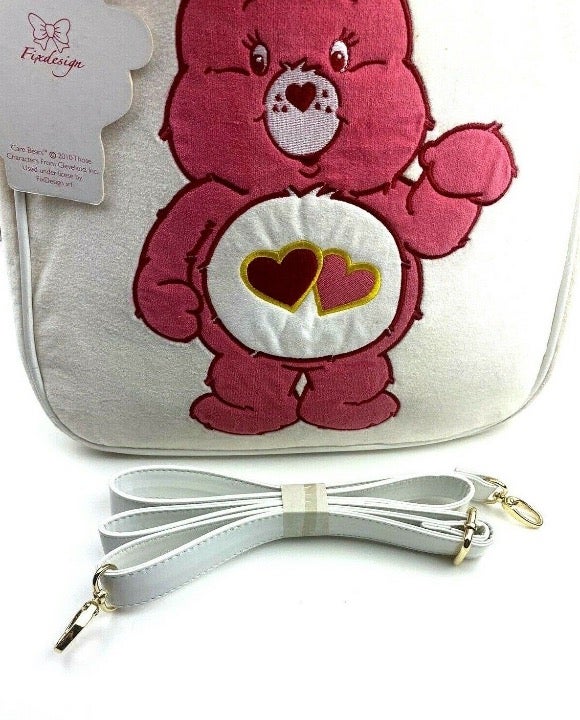 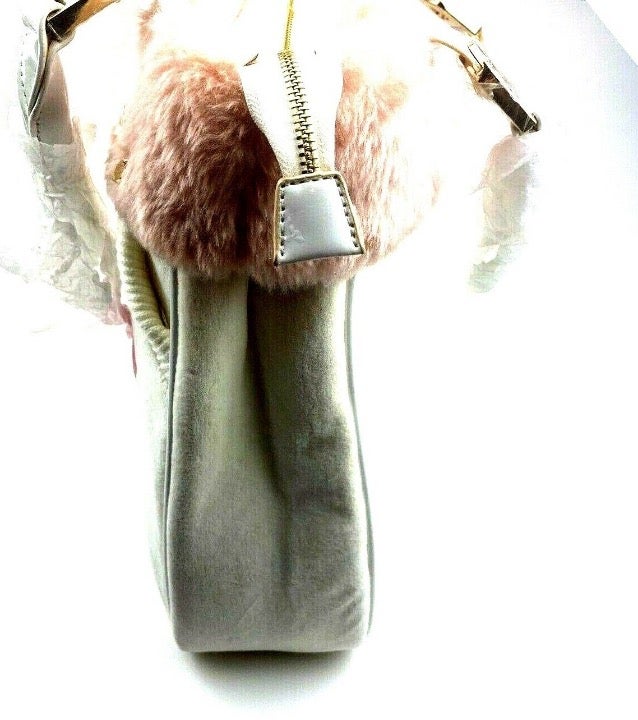 Brand new with tag- Care Bears Purse Women's Collectible. This is a rare purse and hard to find from 2010. Embroidered Love a lot themed bear. White in color. Has a small pocket on the back. The front has 2 small pockets that look like pants pockets. Zipper closure. Inside has a zippered closure pocket and on the other side has 2 slot pockets. This is a Large size purse measuring 15x14x5 inches in size. Comes with an an adjustable shoulder strap as well. The outside feels like suede and has faux fur at the time. Inside is cotton. If you are a collector this is a very adorable item to add to your collection. 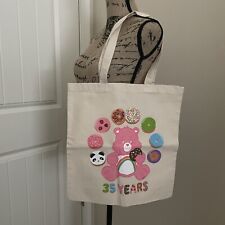 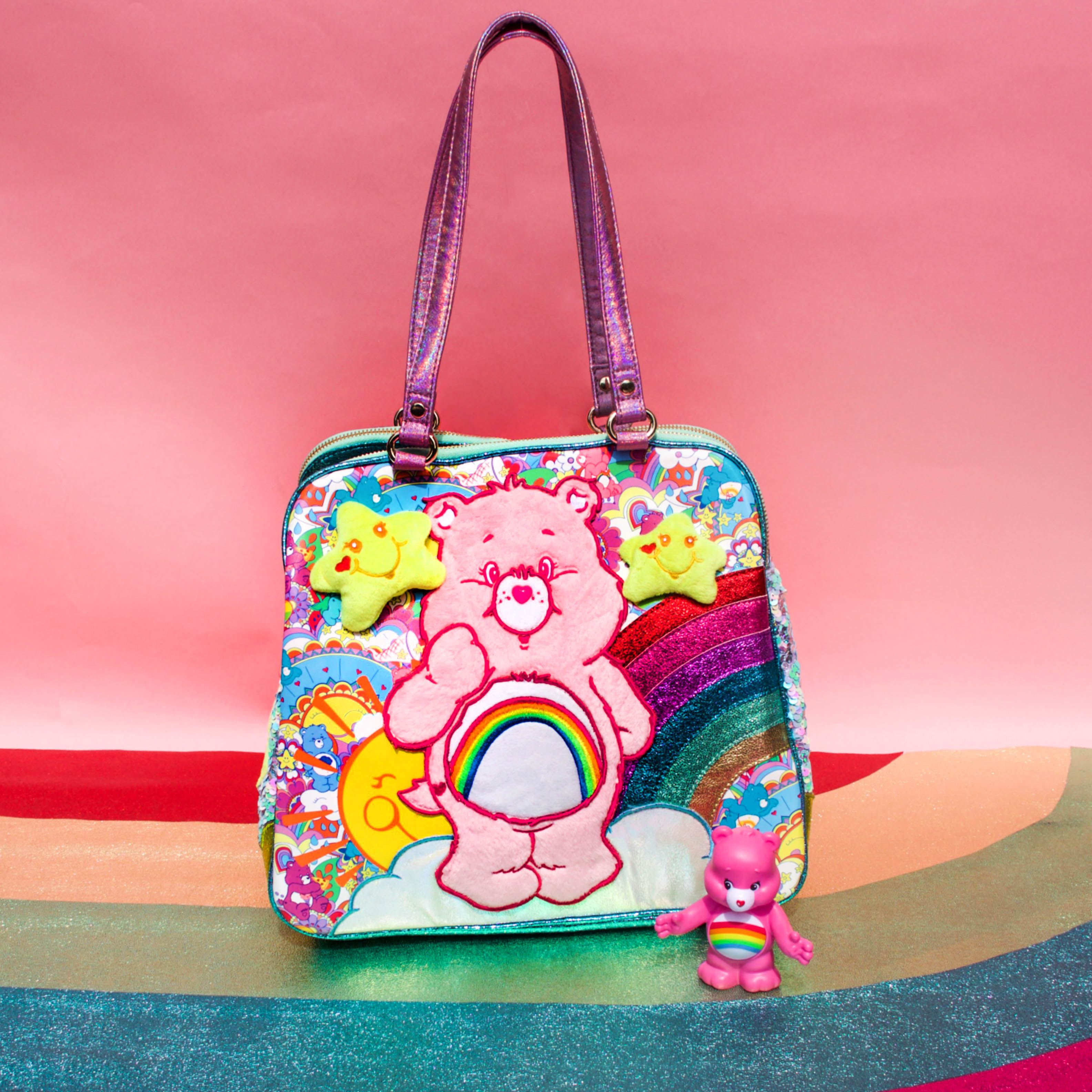 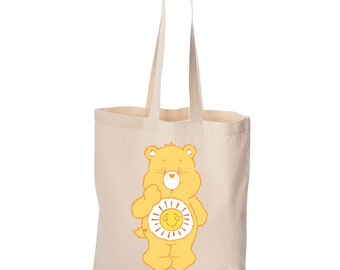 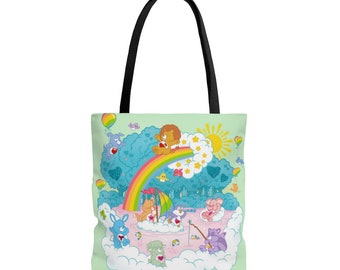 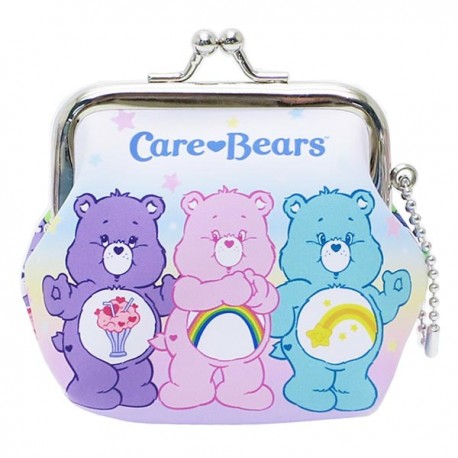 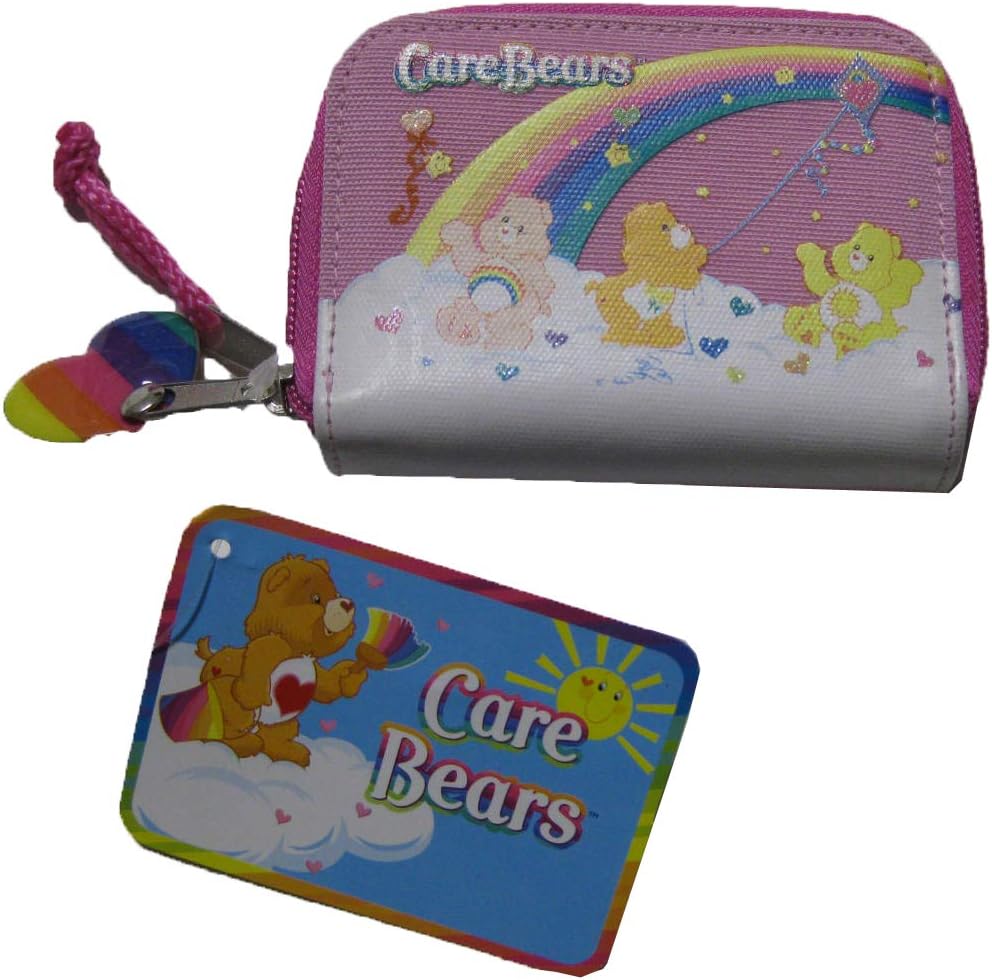 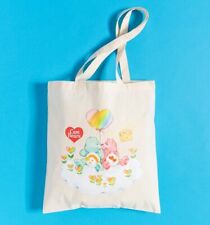 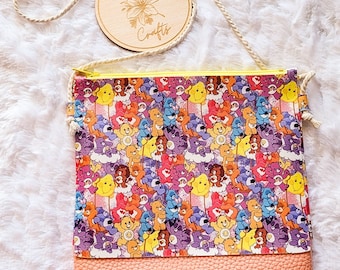 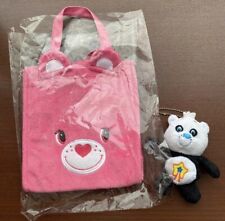