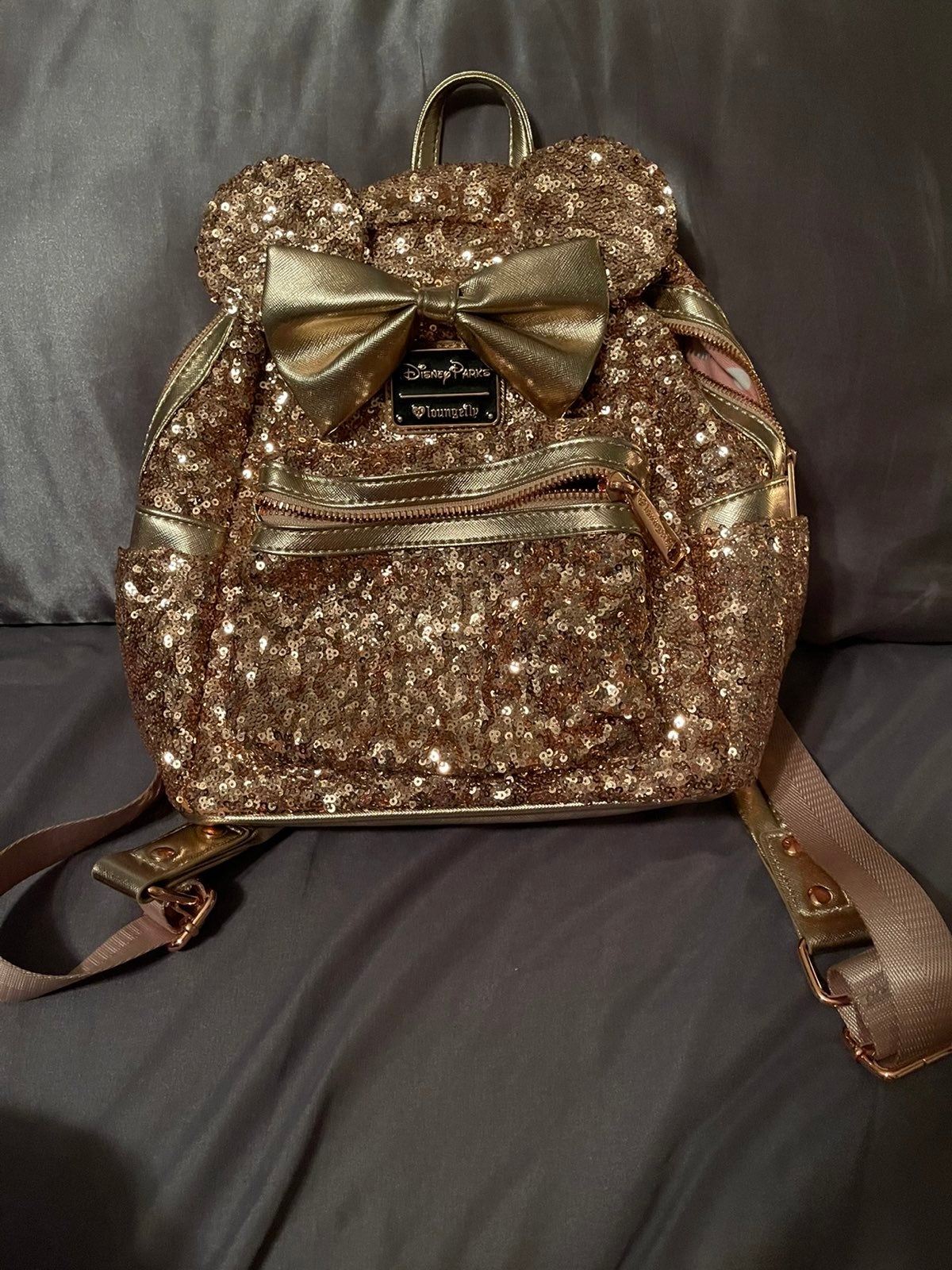 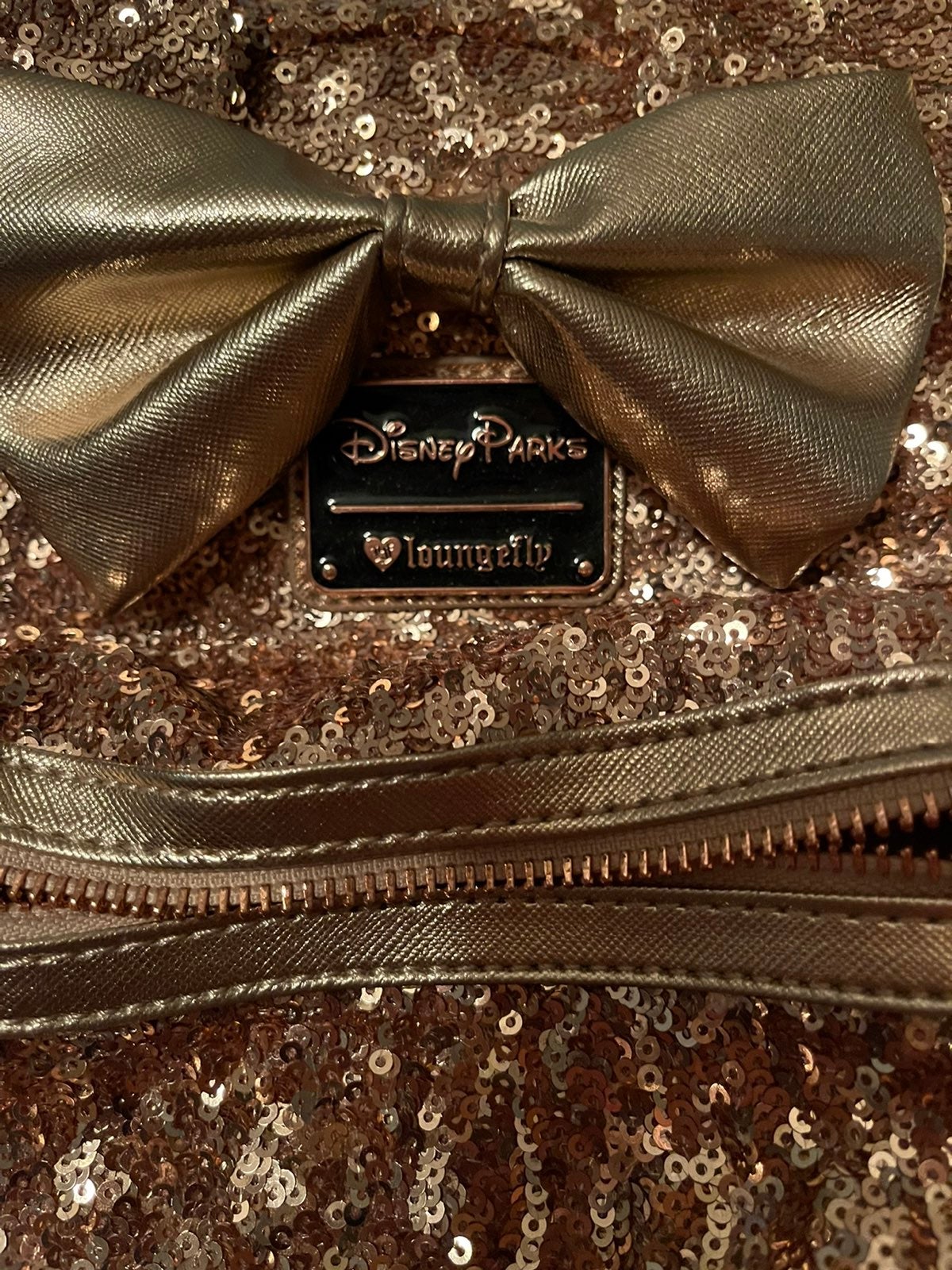 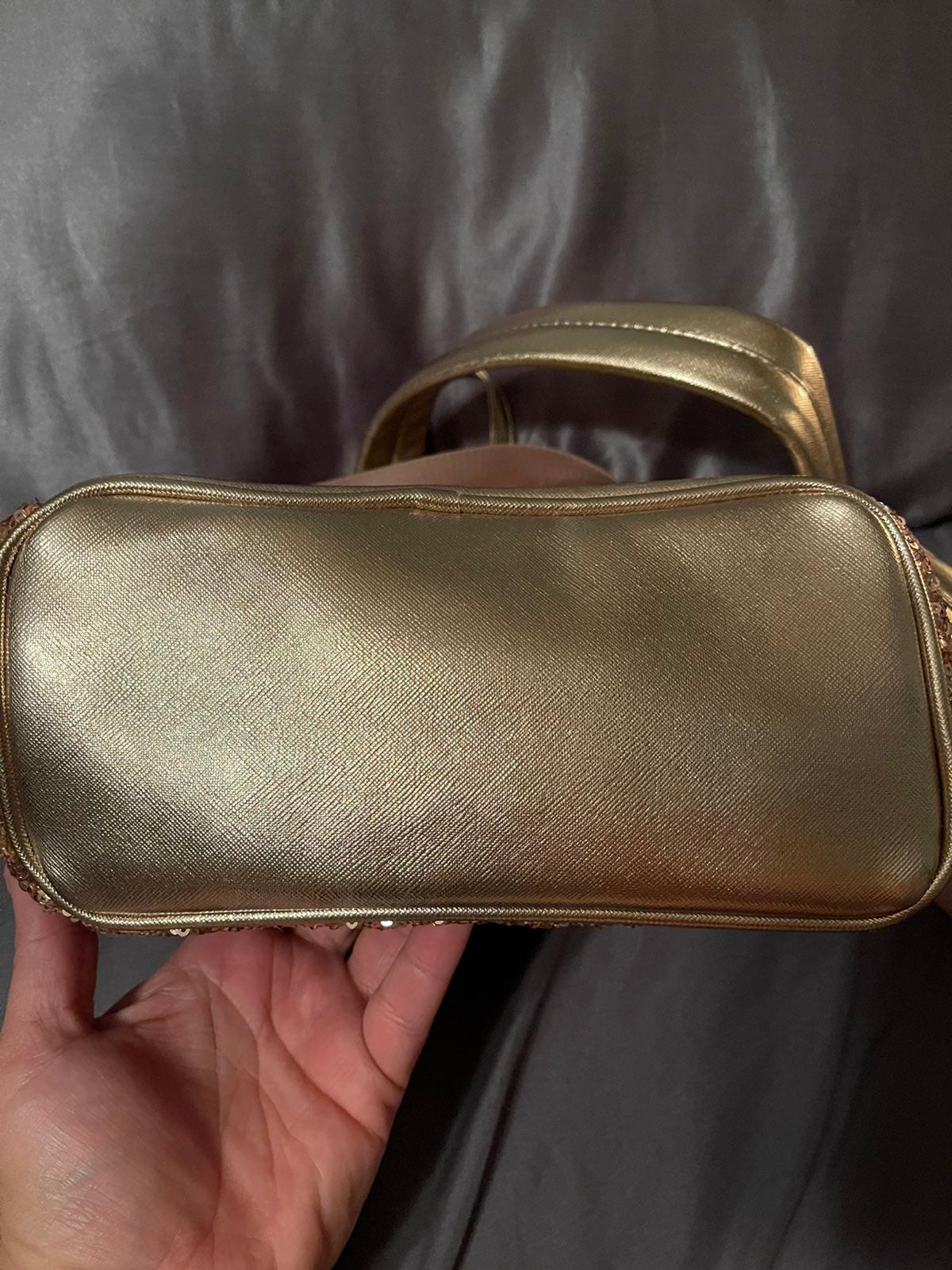 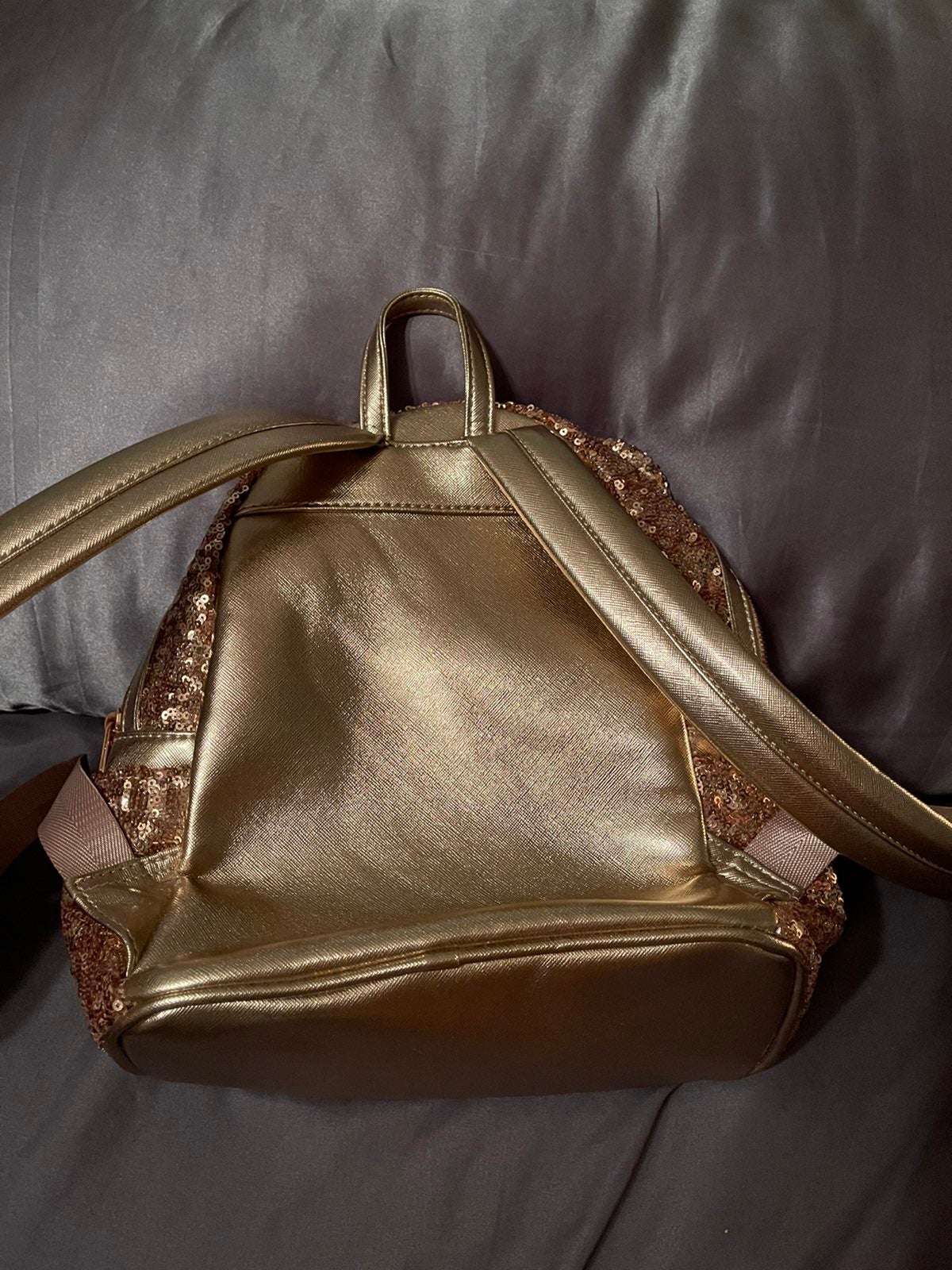 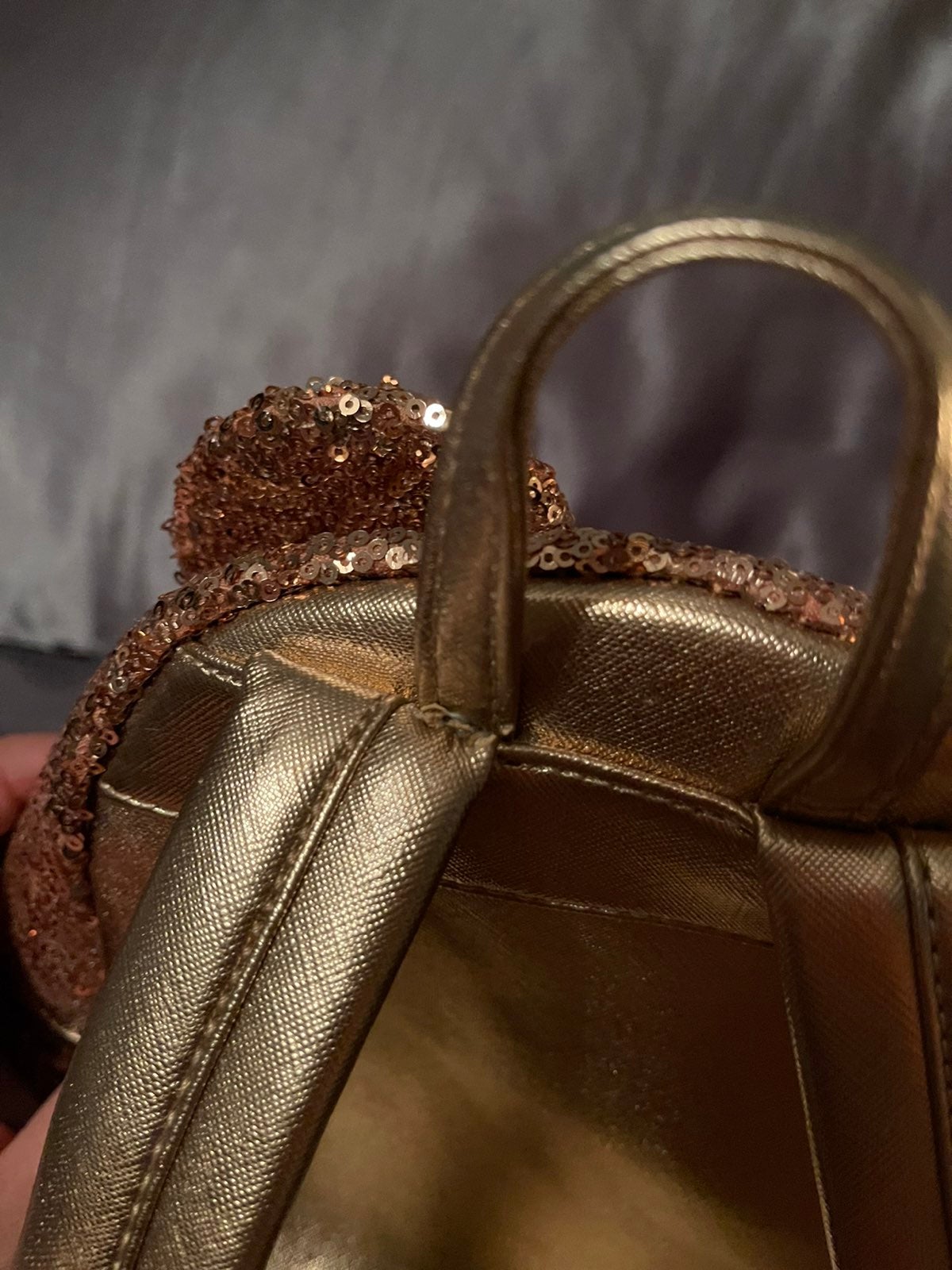 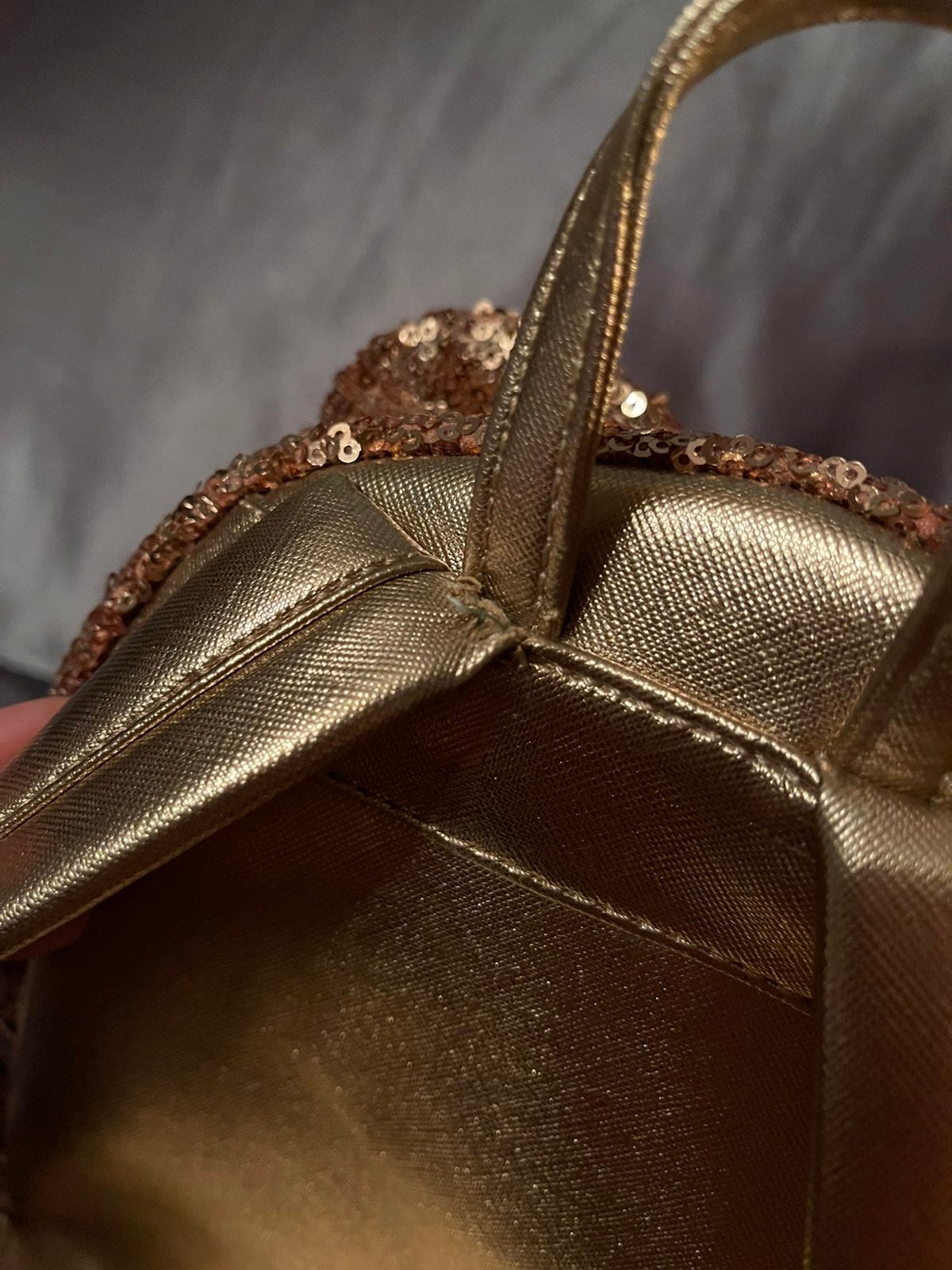 Used once at Disney land & realized it was too small for me & it started to rip on top of 1 strap. Repaired as best I could & is still functional but maybe could use more repairing. In great condition otherwise! So pretty! Has the rare heart logo. Experienced & fast shipper. 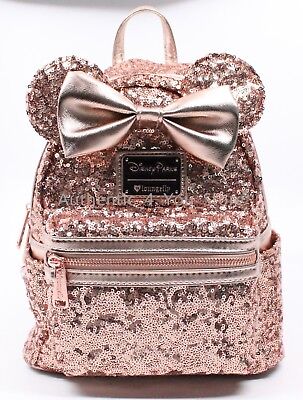 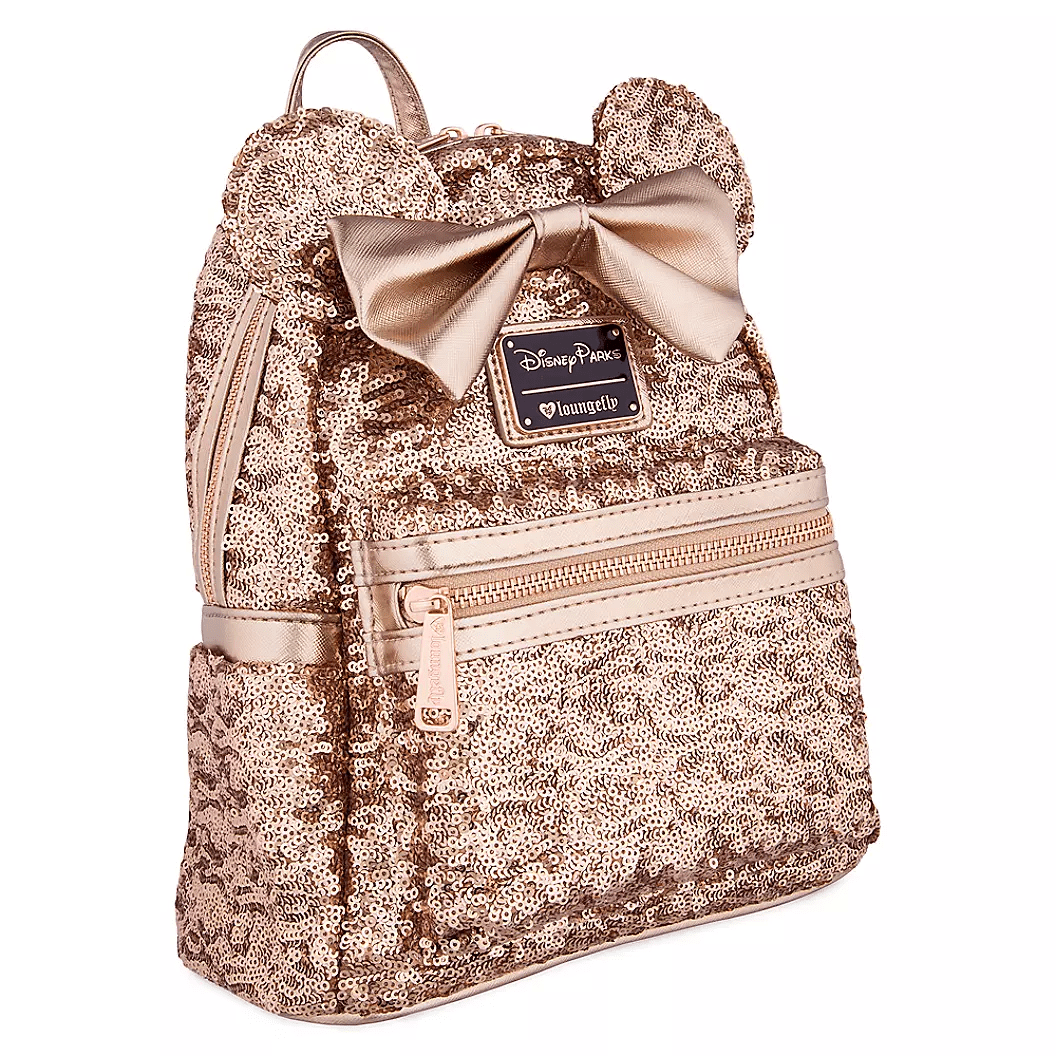 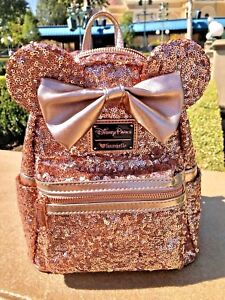 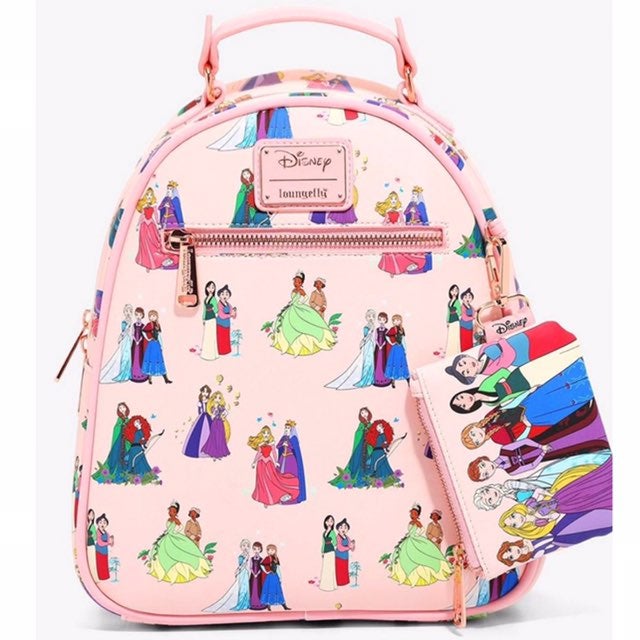 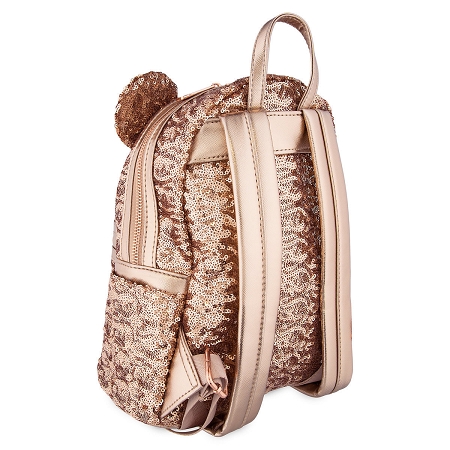 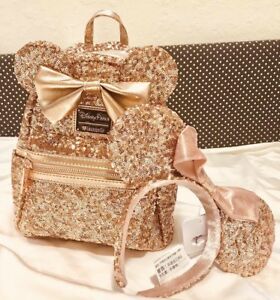 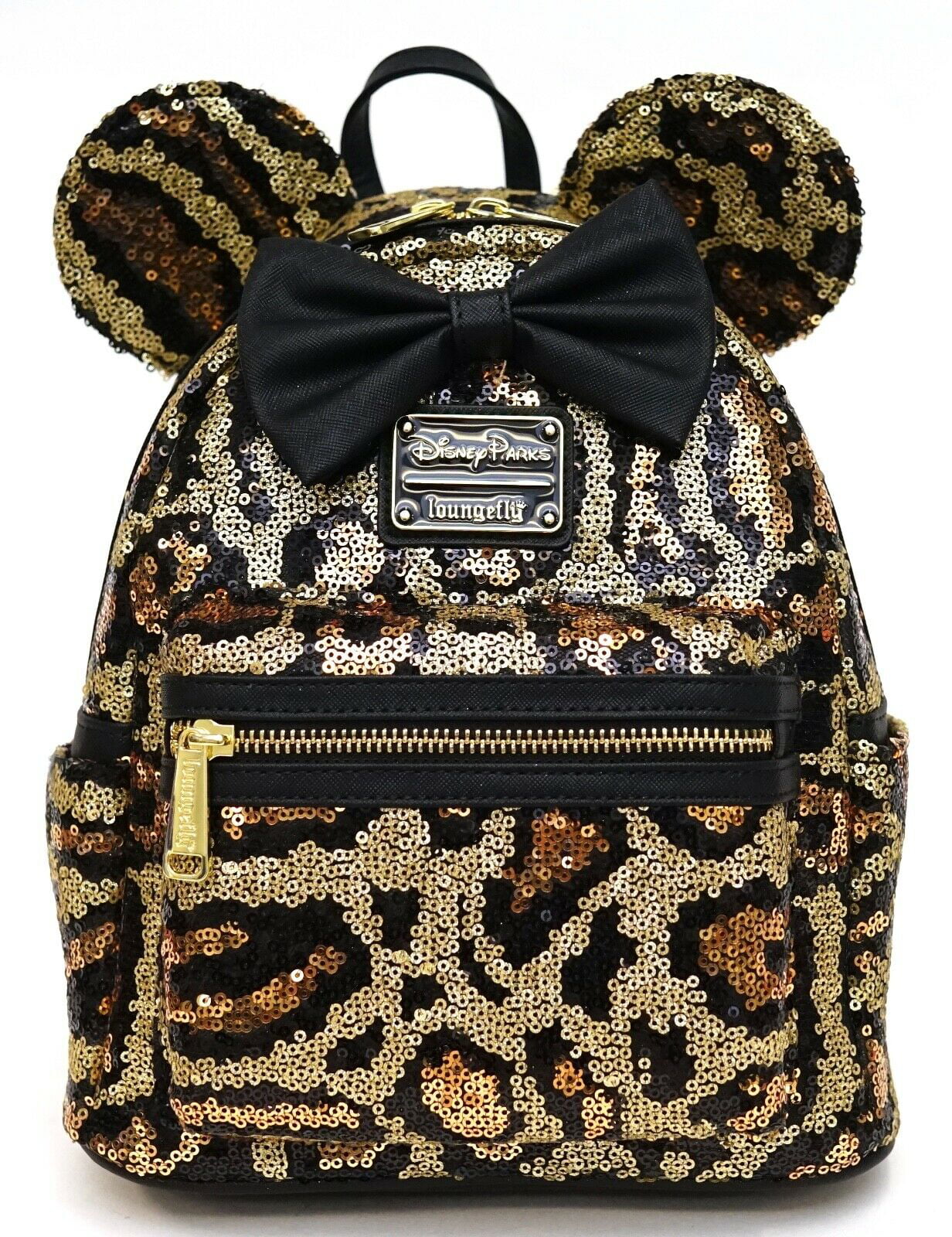 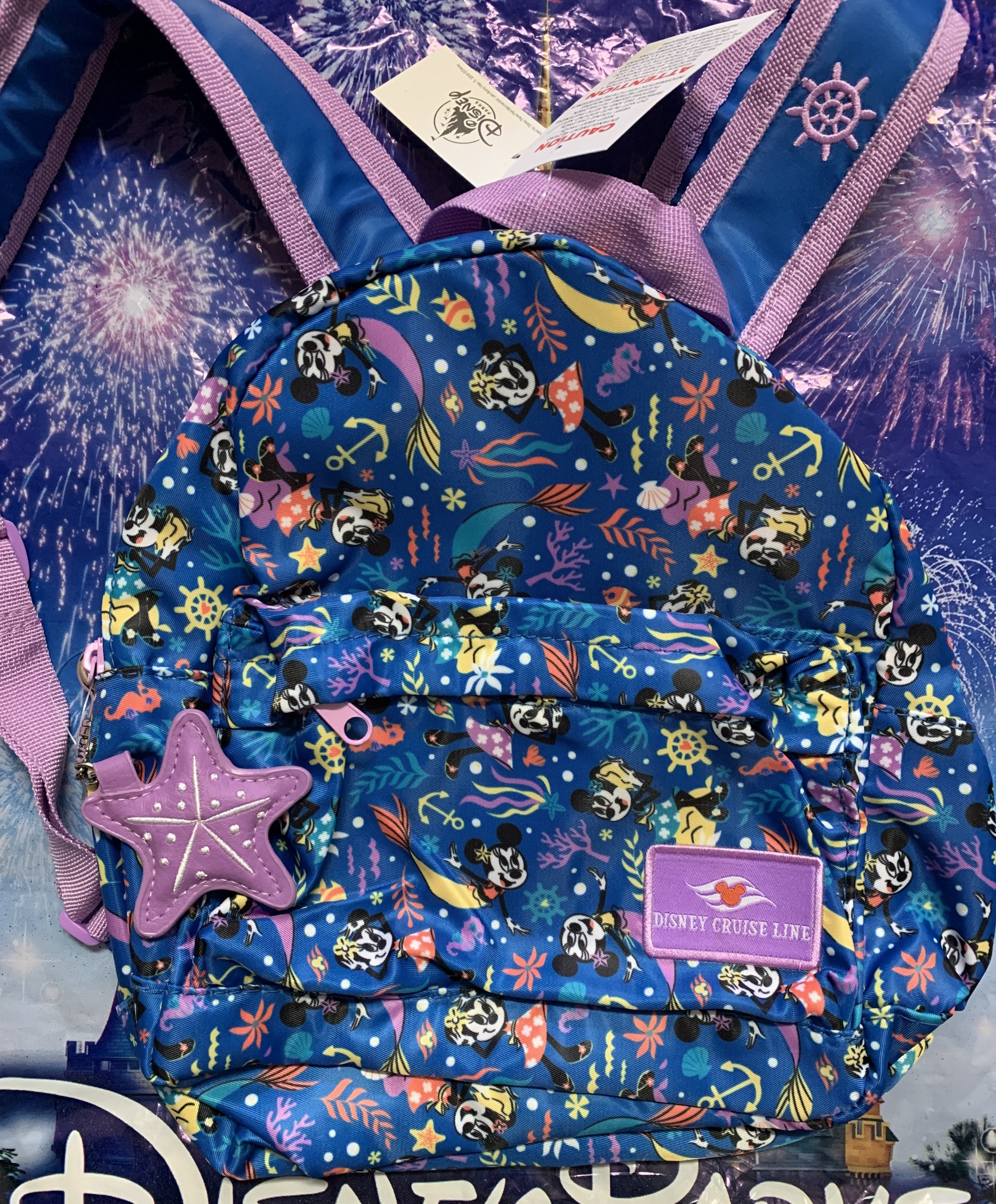 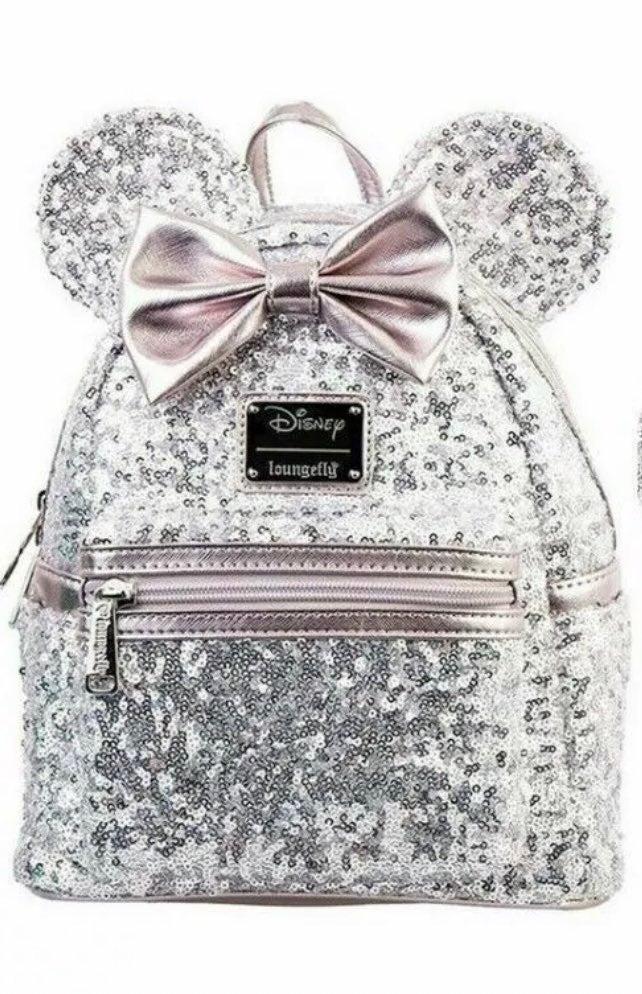 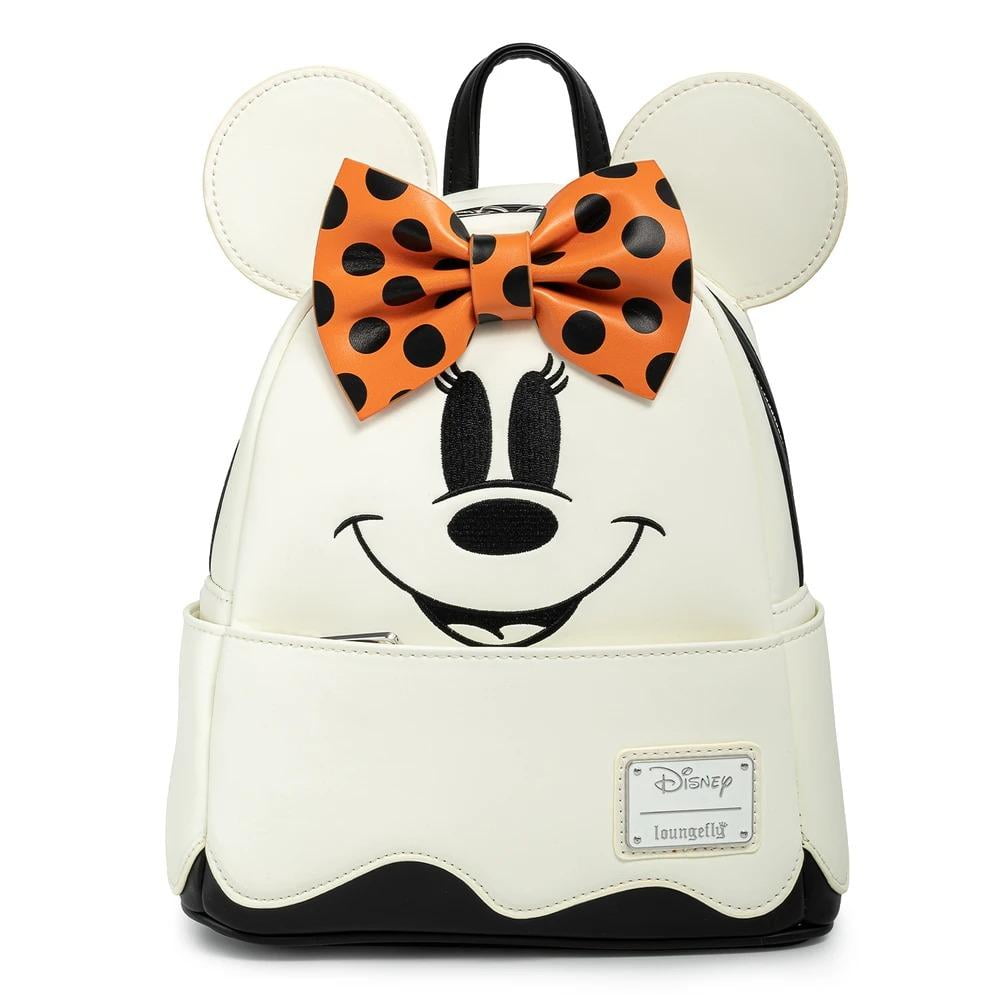